Until It Is Fulfilled in the Kingdom of God

And when the hour came, he sat at table, and the apostles with him. And he said to them, "I have earnestly desired to eat this passover with you before I suffer; for I tell you I shall not eat it until it is fulfilled in the kingdom of God." And he took a cup, and when he had given thanks he said, "Take this, and divide it among yourselves; for I tell you that from now on I shall not drink of the fruit of the vine until the kingdom of God comes." And he took bread and when he had given thanks he broke it and gave it to them, saying, "This is my body which is given for you. Do this in remembrance of me." And likewise the cup after supper, saying, "This cup which is poured out for you is the new covenant in my blood. But behold the hand of him who betrays me is with me on the table. For the Son of man goes as it has been determined; but woe to that man by whom he is betrayed!"

Last week I argued that when we pray, "Our Father who art in heaven, hallowed be thy name, thy kingdom come . . . " we should have in our minds a personal and a worldwide request. "Thy kingdom come" is a request that God would bring in his kingdom in two senses.

The Personal Element of the Kingdom's Coming

For example, in Matthew 6:33 Jesus says, "Seek first God's kingdom and his righteousness and all these things shall be added to you." I think this means, seek to live under the kingly protection and provision and guidance of God, and you won't need to be anxious about secondary matters like food and clothing. In this sense the kingdom of God is his present rule in your life—the exercise of his sovereign authority to save and protect and provide and guide.

So when you pray, "Thy kingdom come," you should mean, "Father, come, reign in my life. Banish all alien allegiances. Hold sway in my heart. Guide me into paths of righteousness for your name's sake." That's the personal dimension to the coming of God's kingdom. His kingly power is available now. We should seek it and pray for it: "Thy kingdom come!"

The Worldwide Element of the Kingdom's Coming

But there is a worldwide meaning to our prayer, "Thy kingdom come." When Jesus says in Luke 22:18, "From now on I shall not drink of the fruit of the vine until the kingdom of God comes," he means that the kingdom is not merely a present, personal experience but also a future, historical event. It is Christ's return with his angels to gather his elect from the four winds and establish his visible throne upon the earth. Jesus described the second coming like this: "The Son of man will send his angels and they will gather out of his kingdom all causes of sin and all evildoers and throw them into the furnace of fire; there men will weep and gnash their teeth. Then the righteous will shine like the sun in the kingdom of their Father" (Matthew 13:41–43).

So when you pray, "Thy kingdom come," you ask God not only to rule in your life now but also to hasten the day when he will rule over the whole earth in open, unopposed glory. "Thy kingdom come" means "Wrap up history! Finish your purposes for the world! Complete your mission! Establish your kingdom!"

What the Coming Kingdom Is

But to know precisely what we are praying, we need to know the nature of this future kingdom. Just what do we want to come? The answer comes from a glimpse which John got in Revelation 5:9–10, "Worthy art thou to take the scroll and to open its seals, for thou wast slain and by thy blood didst ransom men for God from every tribe and tongue and people and nation, and hast made them a kingdom and priests to our God and they shall reign on earth."

So when the kingdom finally comes and is established on earth, it will be made up of the ransomed from every tribe and tongue and people and nation. So the prayer, "Thy kingdom come," is a prayer for the completion of God's worldwide mission. There are tribes, tongues, and peoples which have not been reached with the gospel. Therefore we must continue to pray that he would move through his church to reach these groups and open the way for his final kingdom to come. So much for last week.

How Will the Passover Be Fulfilled in the Kingdom?

In 1 Corinthians 5:7 Paul calls Christ our Passover Lamb. In other words God will save anyone from judgment who banks his hope on the blood of Jesus. So I thought the passover was fulfilled at Calvary when the Lamb of God was slain to deliver us from death.

But in verse 16 Jesus says the passover will be fulfilled in the kingdom. What does he mean? Just like last week, John's glimpse of the kingdom gives the answer. In Revelation 5:9–10 John says that the 24 elders sang to Christ the Lamb, "Worthy art thou to take the scroll and to open its seals, for thou wast slain and by thy blood didst ransom men for God from every tribe and tongue and people and nation, and hast made them a kingdom."

A Ransom from Every Tribe and Tongue and Nation

Here's the key. Jesus the Passover Lamb was slain to ransom people from every tribe and tongue and nation. So the Passover can't be fulfilled until all those peoples are reached and the ransomed are gathered in and the kingdom is established.

I have been moved afresh by this picture of Jesus on the night before his death setting before himself the joy of his coming kingdom, telling his disciples that what he is signifying tonight in the meal and accomplishing tomorrow on the cross will one day be fulfilled in the kingdom—a kingdom of people ransomed from every tongue and tribe and people and nation. Then he adds this: I'm not going to eat it till that day comes. You eat it to remember me and keep your hope strong and empower yourselves for mission. But I am going to wait until I can eat it new with you and with all the ransomed that you will gather from every tongue and tribe and people and nation.

To prepare ourselves for the Lord's table let us bow in prayer 1) to confess our sin and renew our faith in Christ's justifying death, and 2) to ask God to give us the heart of Christ for the coming of his kingdom, and the completion of his cause. 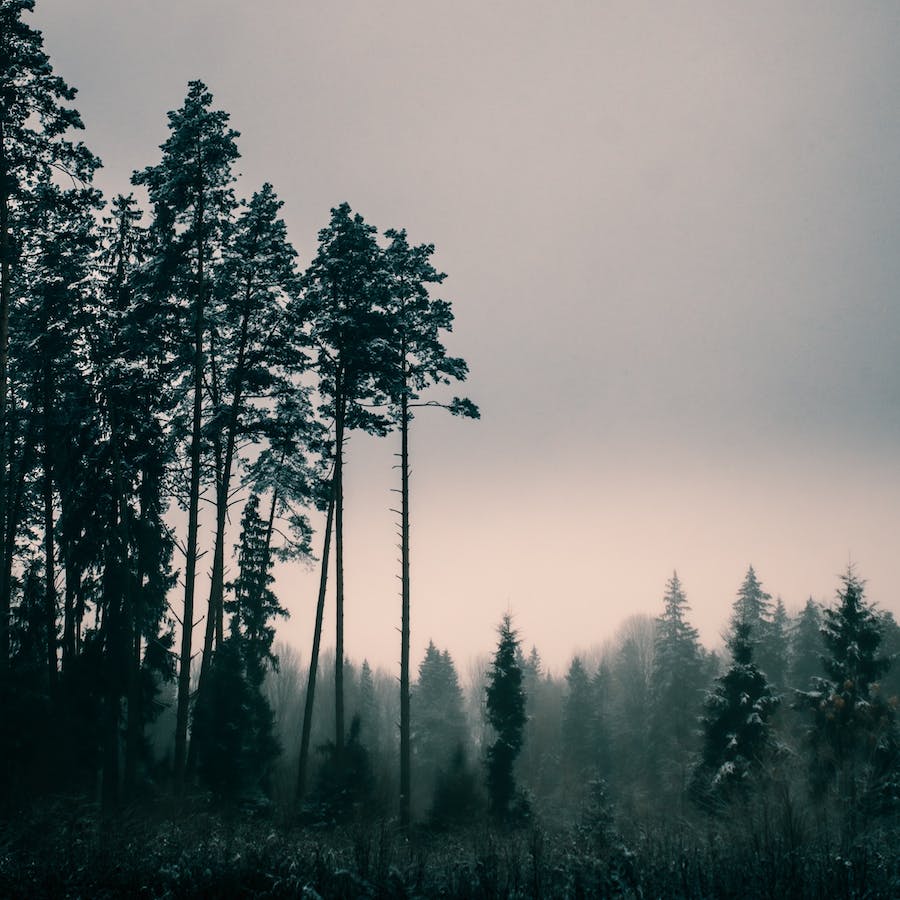 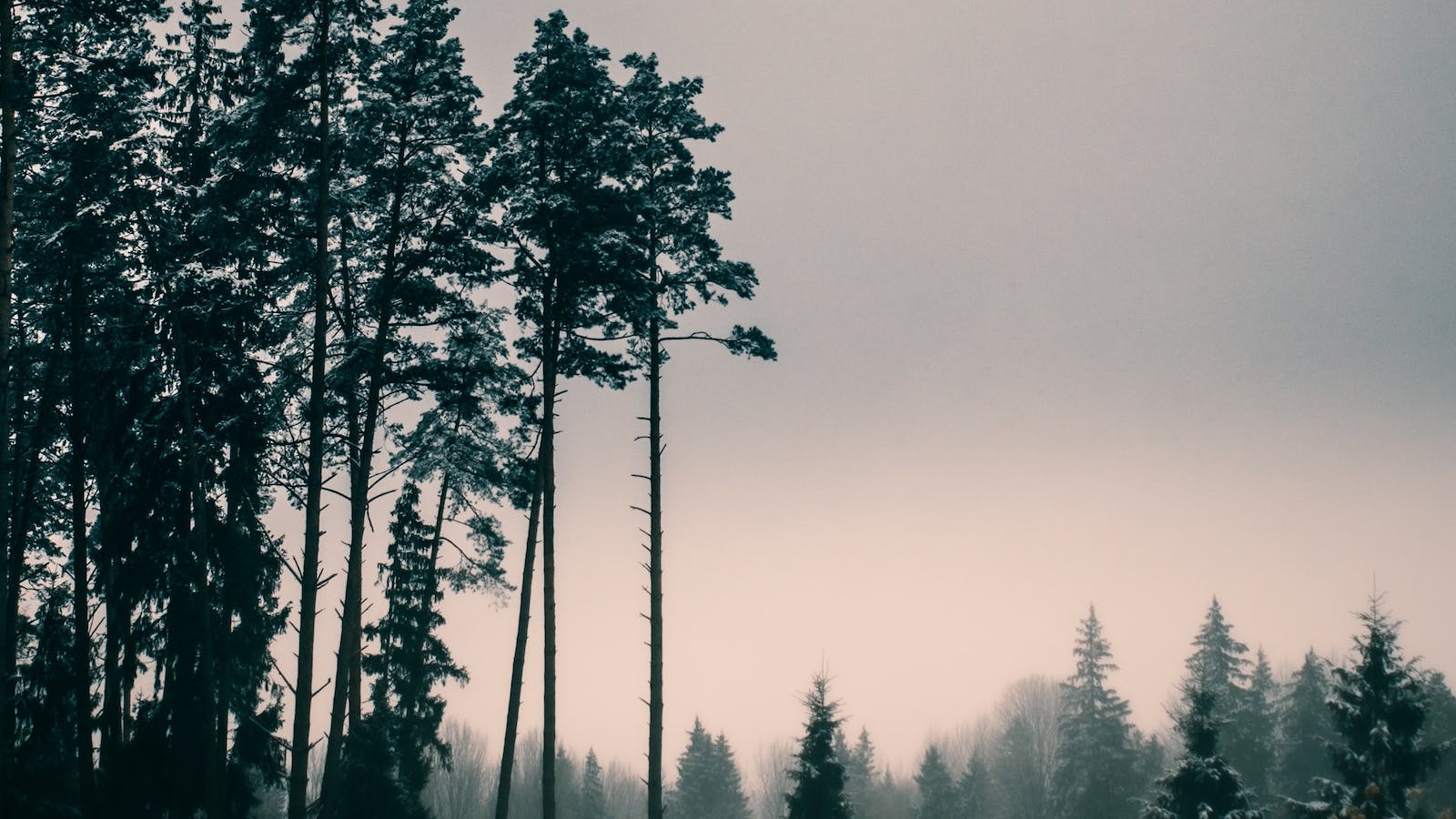 Am I Too Hard on Myself?

God has given us a high and holy calling in Christ. But can a Christian ever be too hard on himself as he strives to live up to that calling? 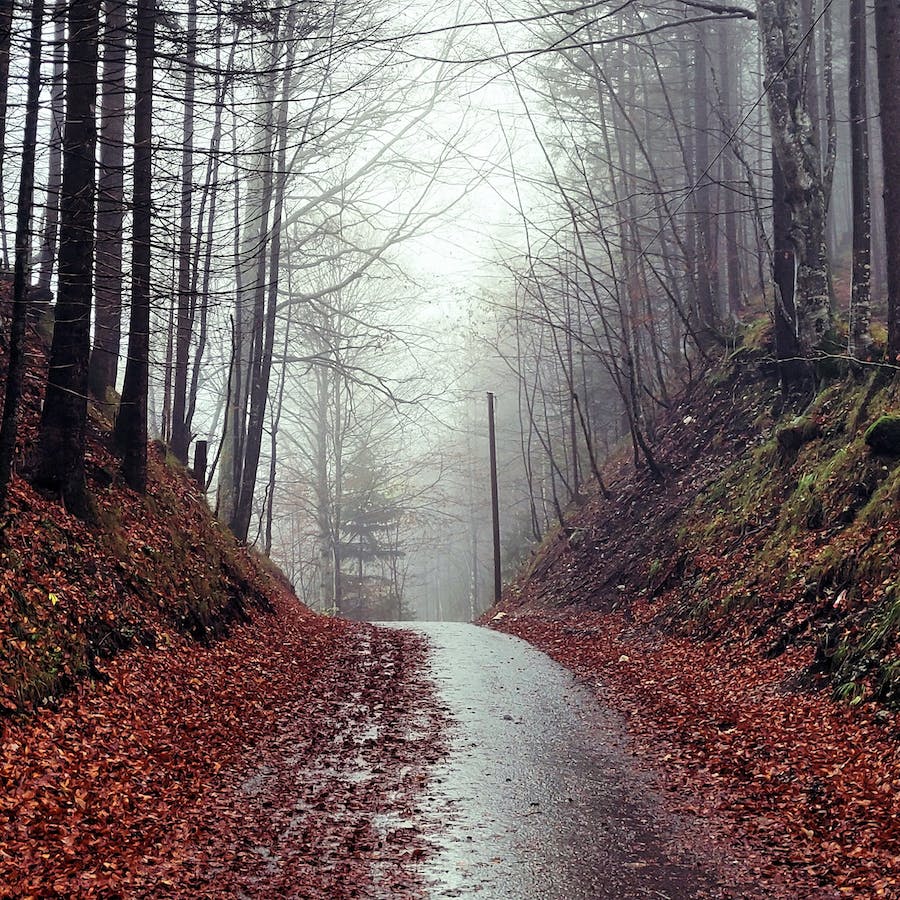 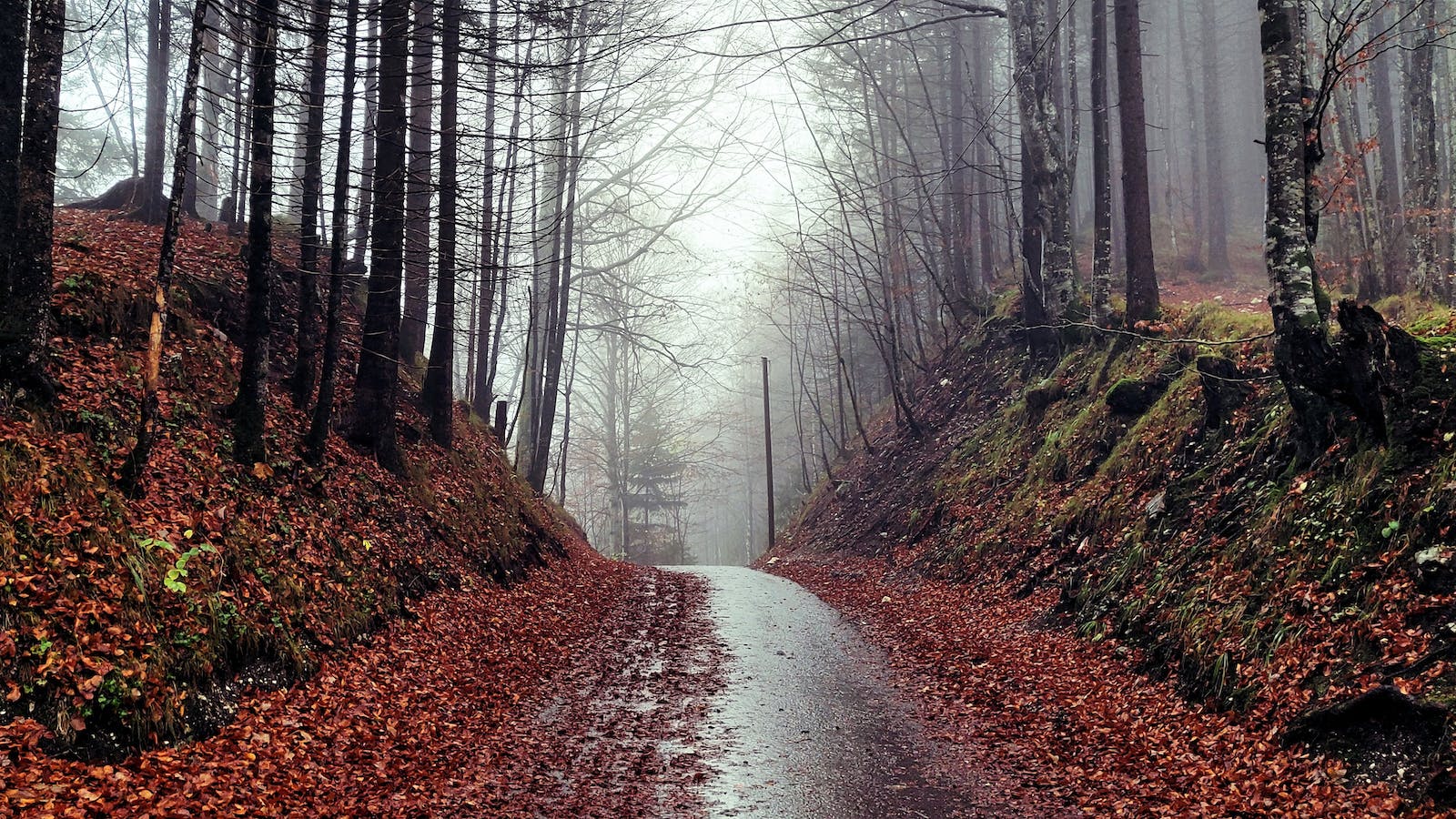 Lean into the Hill

A Runner’s Lesson for the Christian Life

Of all the people on the planet, none should be less daunted by difficulty than those who claim the name of Christ. 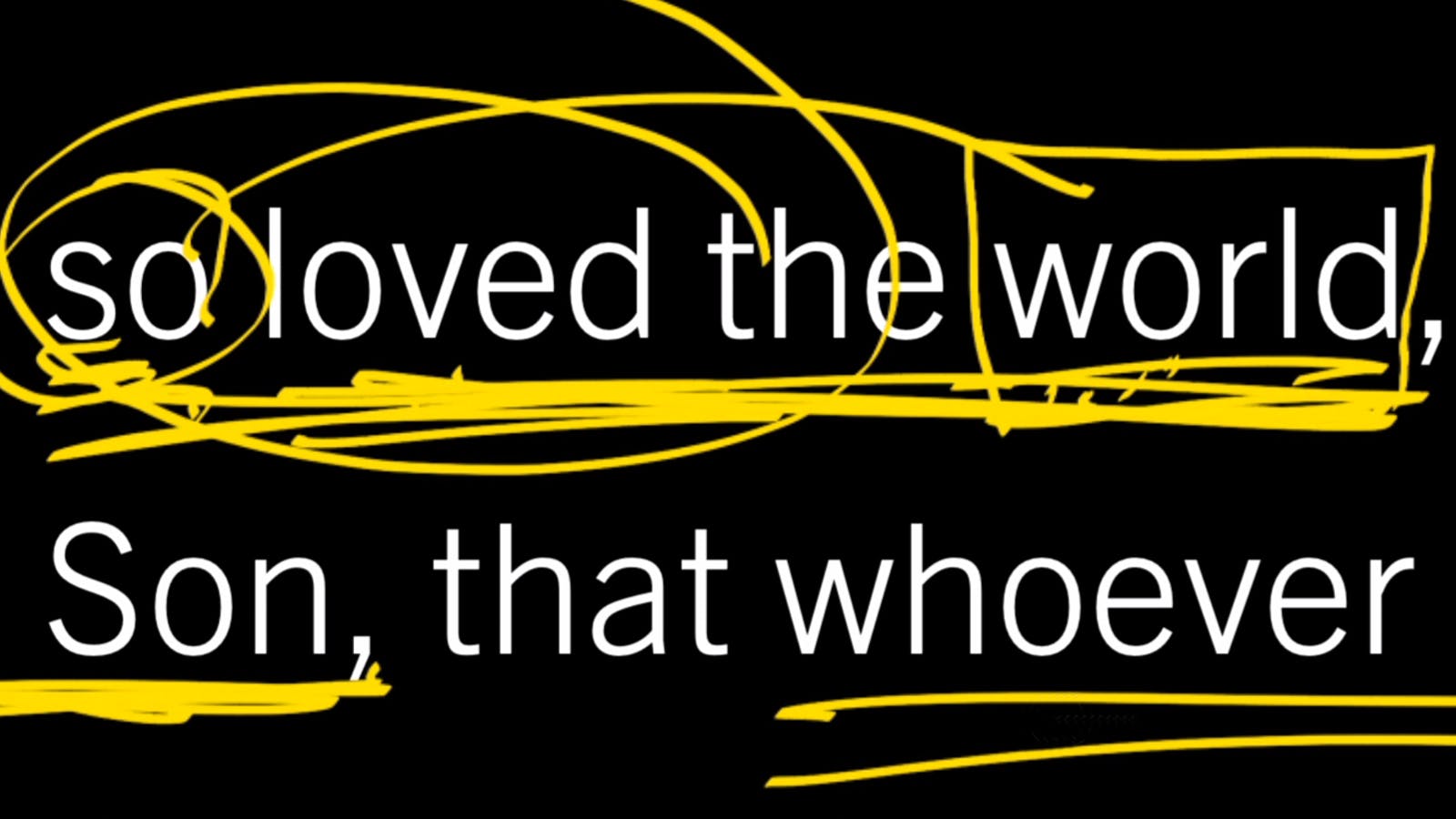