Why the Son of God Came into the World

Last night some time before 9:00, little Eric Larson, Glen and Patty's almost-two-year-old, died in his crib. At Children's Hospital in St. Paul we sat stunned as Perrin held him and Sara held him and grandparents held him and mom and dad held him. One of the things Patty said through her tears was, "How do people bear it who have no hope?"

As I was leaving later I passed through the lobby at United, and down the hall I heard a person sobbing great heaving sobs and saw two people in each other's arms. And I wondered, "Do they have hope?" You can't tell from the sobs. The hopeful and the hopeless both sob when someone precious is amputated from your life. The difference is mainly on the inside, and then how you live.

The Crucial Question Faced Every Christmas

Now I realize that there have been very sophisticated attempts to show that statements like Patty's are not based on the reality of God outside of us, but are the basis of the creation of the idea of God inside of us. In other words people like the German philosopher Ludwig Feurbach said in 1841 that God is not a reality outside of us that we can trust and obey; instead he is a projection of our own needs onto reality. God does not create us, we create God. It's precisely because we feel what Patty felt that people are forced to create a God to believe in—the loss of a child would be unbearable without hope in an afterlife. And so over time God is created to sustain that hope. He has no other reality than we create for him.

That is the question every one of us faces every Christmas. Is this story of the Son of God coming as a human, born of a virgin, living a life of sinless love, and dying for sinners that all who believe might have eternal life—is this story a creation of human imagination because we need it to be true? Or is it true, and therefore we need to believe it?

Is Patty's viewpoint—that death is bearable because there is hope—the impulse for creating an imaginary Christmas story? Or is that viewpoint an impulse created by the reality of the Christmas story? The answer to that question is more important than anything you will think about this Christmas—or for that matter, all the rest of your life. Does our sense of need—for God and forgiveness and help and hope—cause us to create God? Or do we have all those needs because we were in fact created by God and have rebelled against him?

The Self-Authenticating Power of Scripture

One of the ways to go about answering that question this morning is to listen patiently to the different testimonies from the Bible about why the Son of God came into the world. You see, I believe this book is inspired by God and is therefore very powerful to vindicate its own truthfulness. It is like a two-edged sword that penetrates to the division of bone and marrow. And when people give it a chance, the result is often that not believing what it says becomes a moral impossibility. Its testimonies are too penetrating, its witnesses too diverse, its insights too high, its vision of divine things too wonderful, its authority too compelling, its love too rare, its Savior too radical that it should be the mere creation of sinful men.

So I want to let six of the witnesses speak and testify to why the Son of God came into the world. The witnesses are Matthew, Mark, Luke, John, Paul, and the writer to the Hebrews. The answers they give are six reasons for Jesus' coming:

Are these imaginary acts dreamed up because of our need? Or do they fit our needs because they are true? You must decide.

Let's take these reasons for Christ's coming one at a time and just let the Bible witness to each one in its own words.

Mark 10:45—"The Son of Man came not to be served but to serve and to give his life as a ransom for many."

The reason we need a ransom to be paid for us is that we have sold ourselves into sin and have been alienated from a holy God. When Jesus gave his life as a ransom, our slavemasters, sin and death and the devil, had to give up their claim on us. And the result was that we could be adopted into the family of God.

Paul put it like this in Galatians 4:4–5, "When the time had fully come, God sent forth his Son, born of woman, born under the law, to redeem those who were under the law so that we might receive adoption as sons." In other words the redemption or the ransom frees us to be a part of God's family. We had run away and sold ourselves into slavery. But God pays a ransom and redeems us out of slavery into the Father's house.

To do that, God's Son had to become a human being so that he could suffer and die in our place to pay the ransom. That is the meaning of Christmas. Hebrews 2:14 puts it like this, "Since the children share in flesh and blood, he himself likewise partook of the same nature that through death he might destroy him who has the power of death." In other words, the reason Christ took on human flesh was so that he could die and in dying pay a ransom and free us from the power of death.

Is this an elaborate creation of desperate human imagination, or is it God's exact provision for our need?

2. He came to call sinners to repentance.

Luke 5:31–32, "Jesus said to them, 'Those who are well have no need of a physician, but those who are sick; I have not come to call the righteous, but sinners to repentance.'"

Jesus came to call sinners to repentance. First, there needed to be a ransom to be paid for sinners. Then, there could be a successful call to sinners. The call is based on the ransom. And Jesus says he came for both of these things.

That is the meaning of Christmas. He came to call sinners.

3. He came to give sight to the morally blind.

John 9:39, "Jesus said, 'For judgment I came into this world, that those who do not see may see." And John 12:46, "I have come as light into the world, that whoever believes in me might not remain in darkness."

Jesus did not merely come to ransom and to call, he also came to open people's eyes so that they can see the light and walk in it. Our problem is not just slavery needing a ransom, and lostness needing a call, our problem is also moral blindness, needing the gift of sight. We are simply blind to some spiritual realities that are utterly crucial to see and embrace.

This is why Christ came: that those who do not see may see. This is the meaning of Christmas.

5. He came to save from divine condemnation.

John 3:17–18, "For God sent not the Son into the world to condemn the world, but that the world through him might be saved. He who believes in him is not condemned, but he who does not believe is condemned already."

God sent his Son to save us from his own just condemnation and wrath. The need for salvation implies that there is a danger we need to be saved from. That danger is sin and death and the devil. But the most serious danger of all is the danger of the condemnation of God. If God is for us, then sin and death and the devil will fail to destroy us. But if God is against us, then nothing can save us.

Christmas, the coming of Jesus, is God's way of being for us—if we will believe. "He who believes is not condemned, but he who does not believe is condemned already."

6. He came to give us eternal life.

John 3:16, "For God so loved the world that he gave his only begotten Son, that whoever believes on him should not perish, but have everlasting life."

Christmas means that God sent his Son so that we could believe and have eternal life.

This is what Patty was talking about when she said last night, with her dead child in her arms, "How do people bear it who have no hope?" The hope she meant was eternal life. And that life is the gift of God through Jesus Christ.

Believe in Jesus and Receive the Gift of Life

I want to close by urging you to believe in Jesus and to receive this gift of life and to set out in a life that magnifies God and his rich grace as the giver of every good and perfect thing.

The card in your worship folder is our effort to connect with you if you are a guest with us today. There is a way for all of you to respond wherever you are on your spiritual pilgrimage.

Turn in the card for the book at the table. 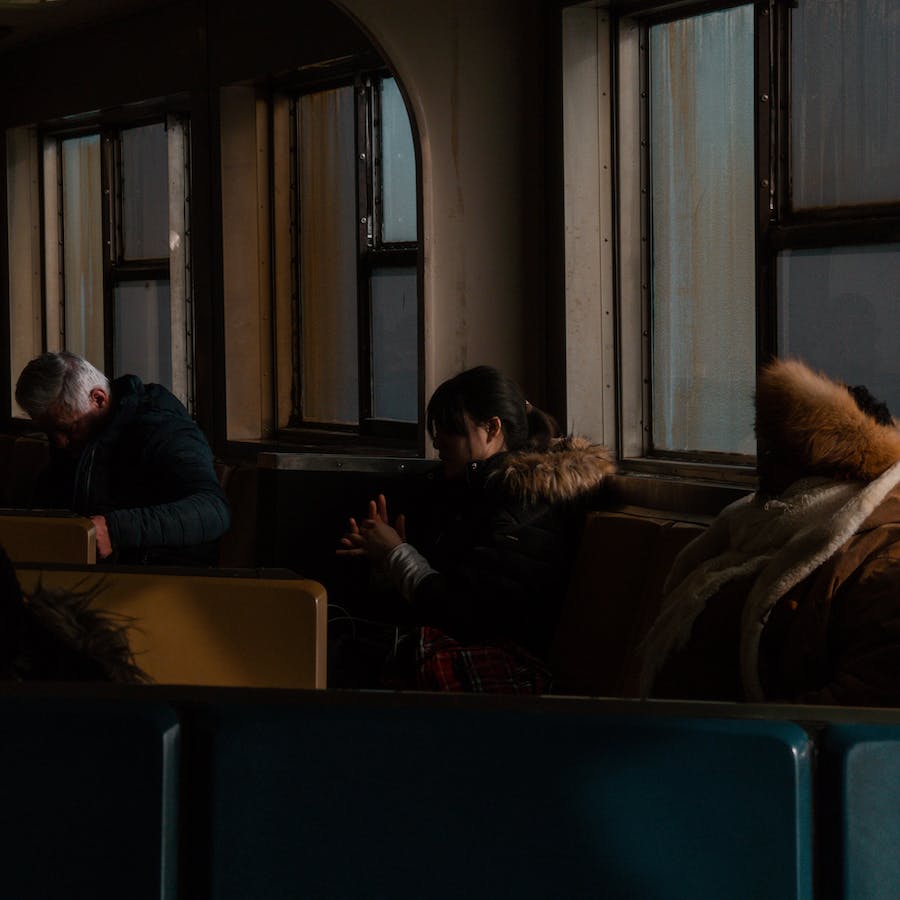 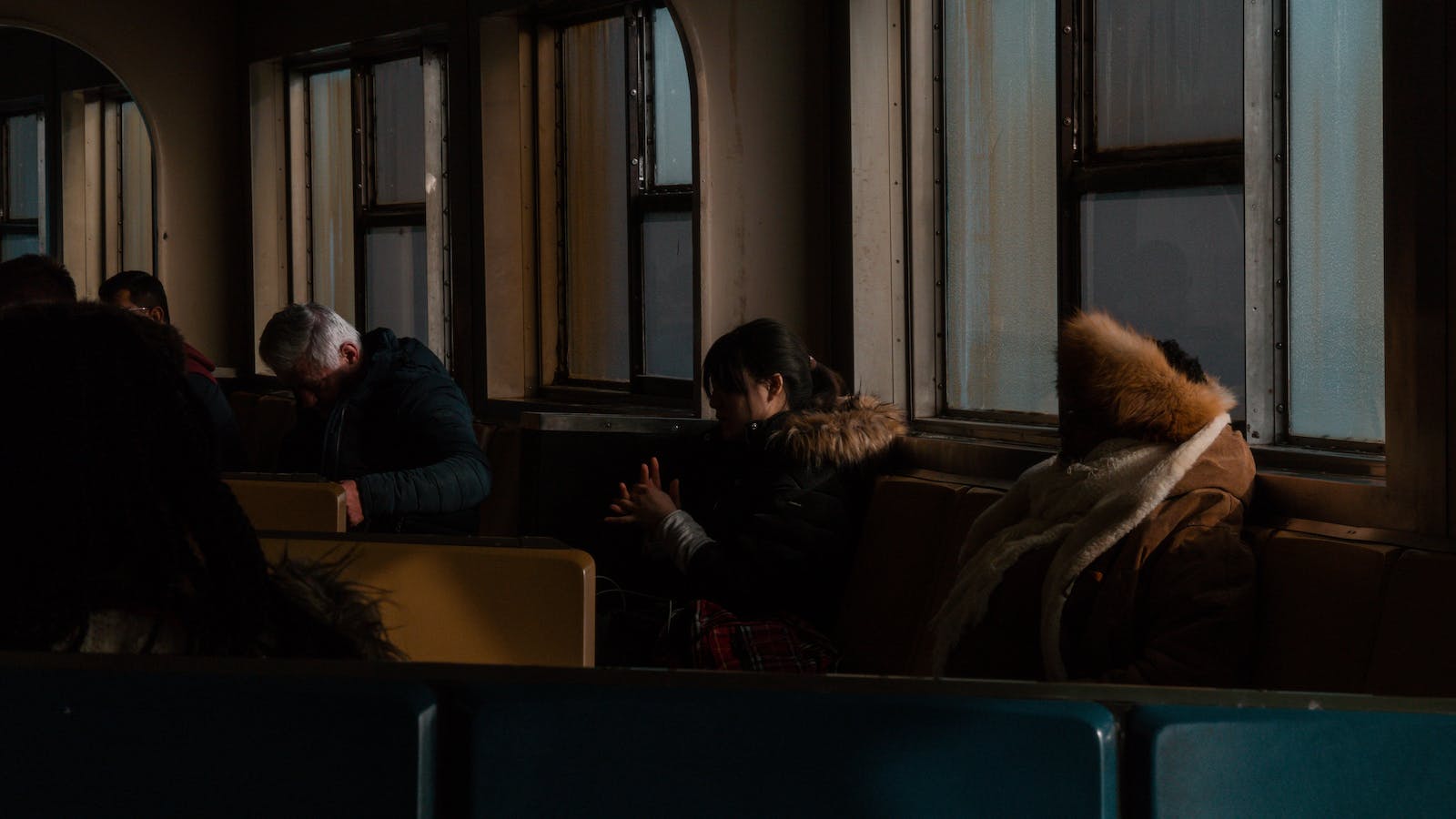 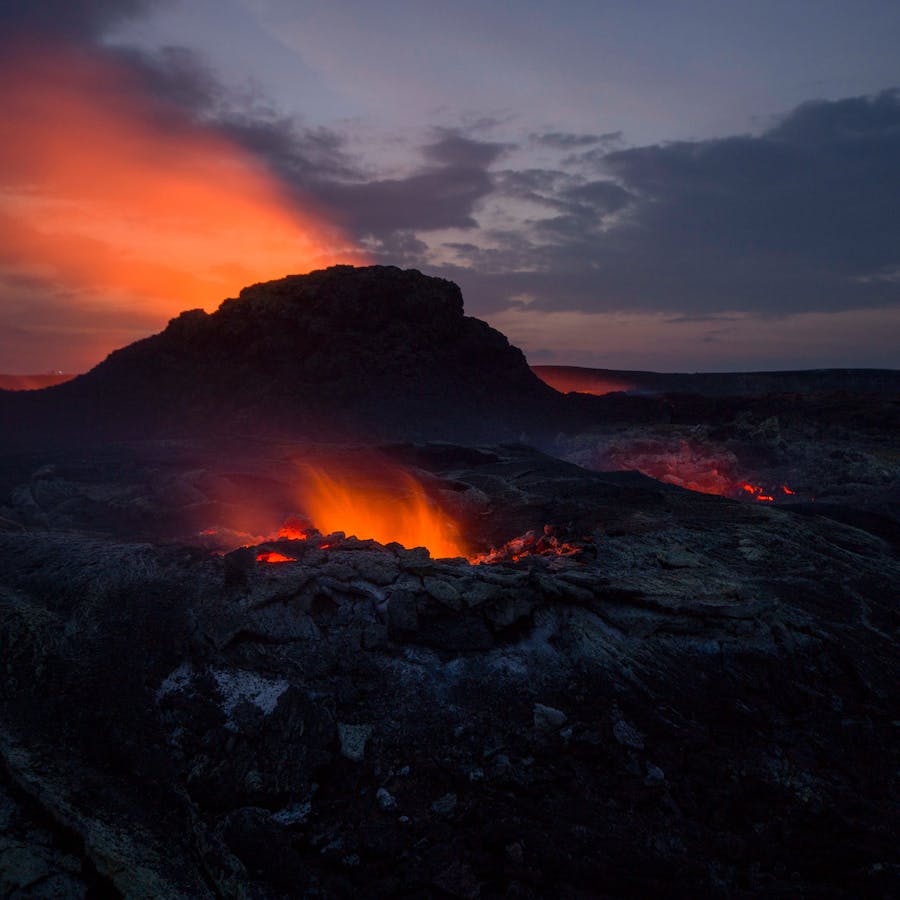 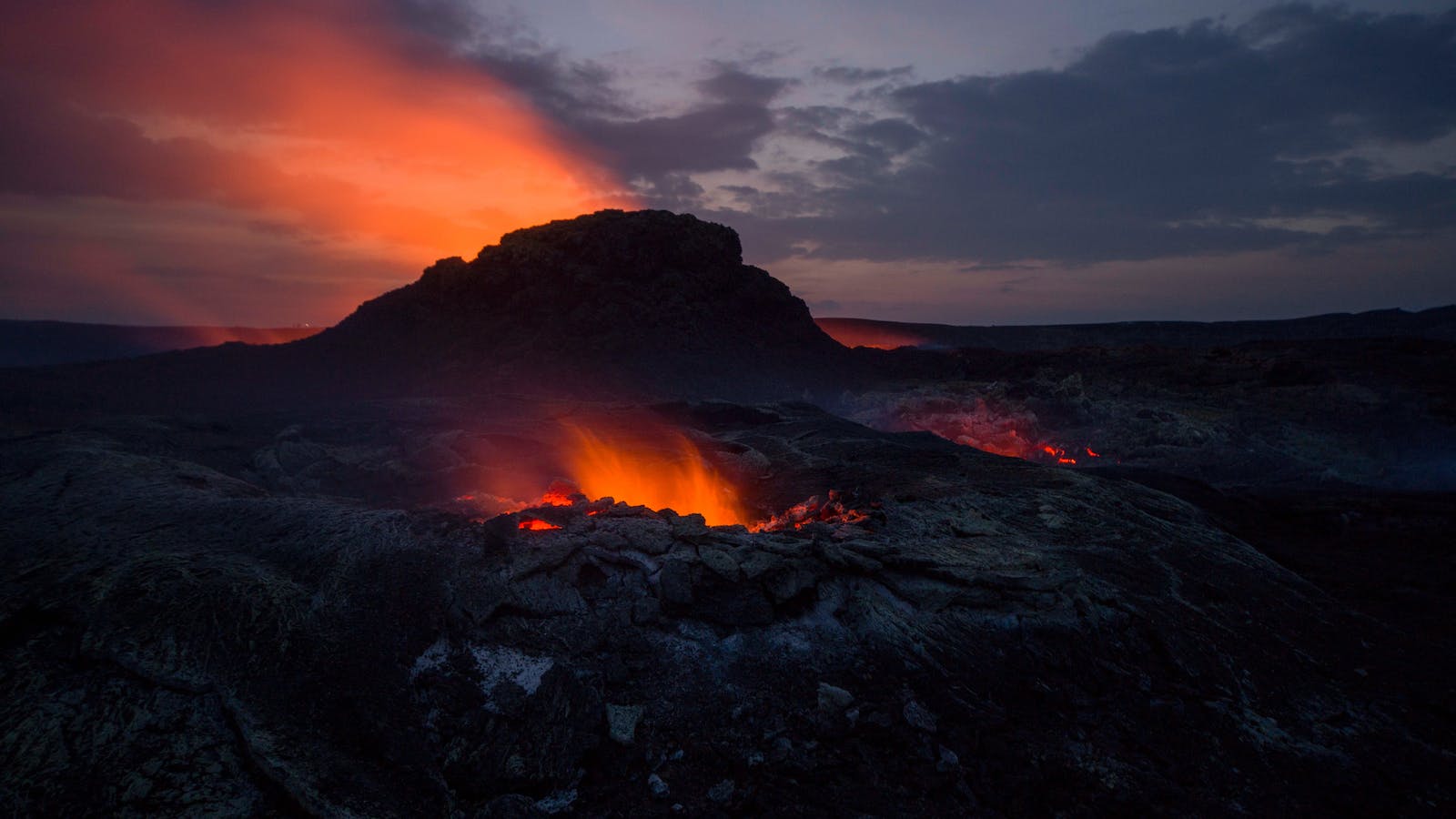 Can an Angry Judge Be Just?

Our Fair and Furious God

Many deny that God punishes sin, let alone that he is angry towards the wicked. One major problem for them is the consistent teaching of the Bible. 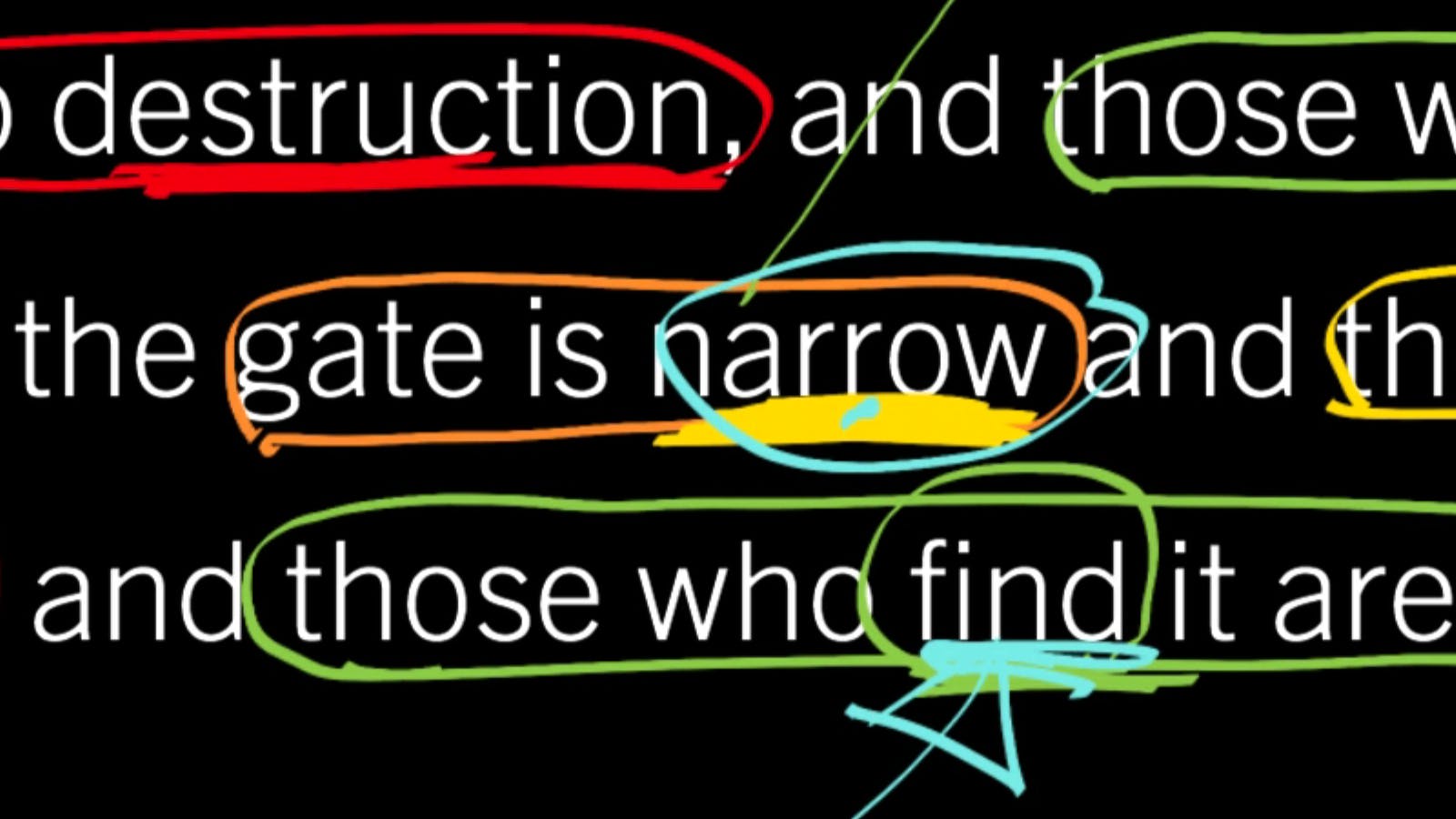 Is His Yoke Really Easy?

Countless ways exist to ruin your eternity and go to hell. Only one Way leads to eternal life: Jesus Christ. 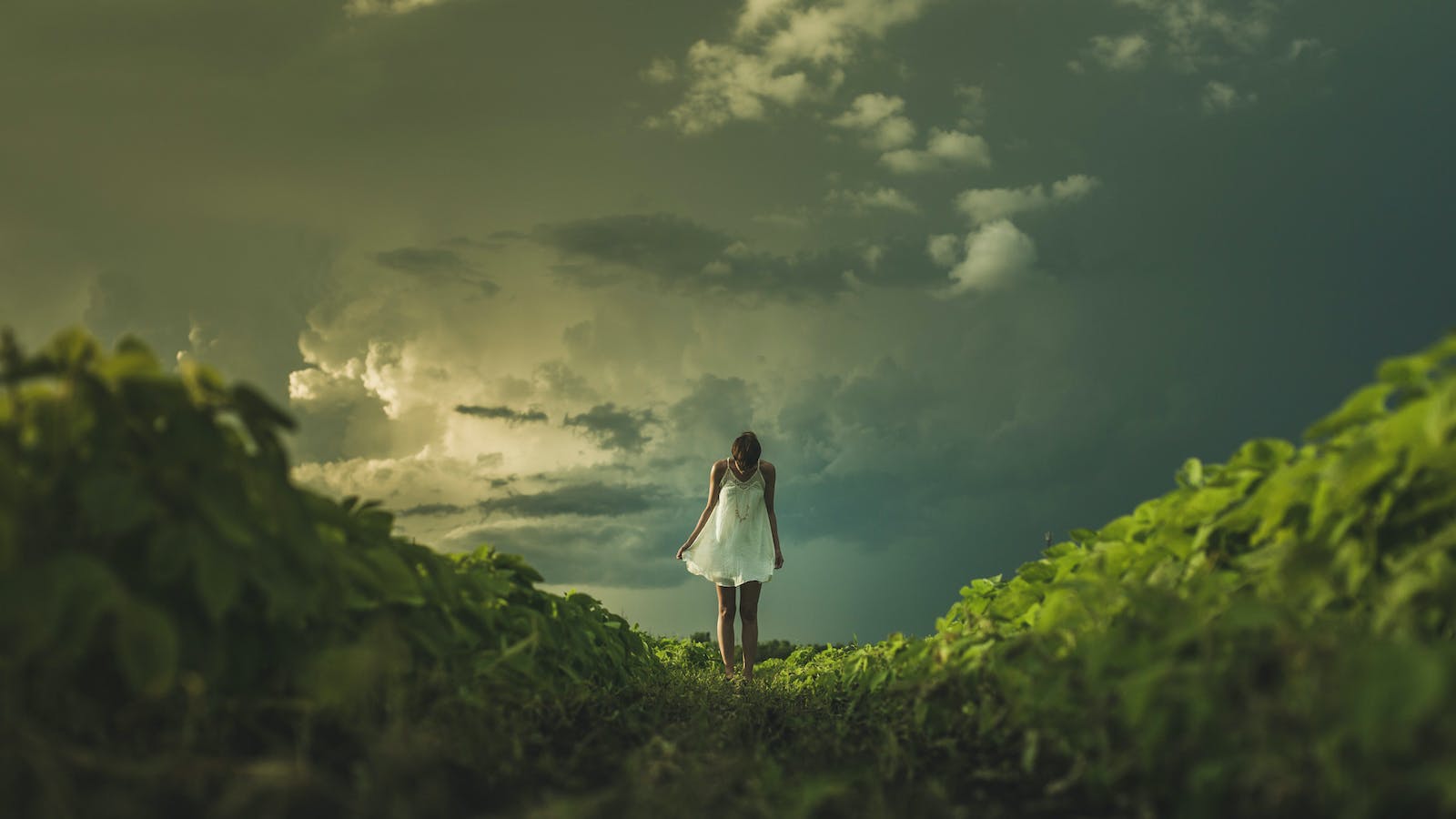 You Are Who God Says You Are

If we Christians believed half of what God says about us in Scripture, we would never need to prop ourselves up with cheap self-esteem.