Why We Eat the Lord's Supper, Part 2

We believe that the Lord Jesus has commanded the church to observe two ordinances. One is baptism, which is unrepeated and signifies the beginning of life in Christ by symbolically burying a believer in water and raising him up again to signify new life in Christ. And the other is the Lord's Supper, which is repeated and signifies . . . What? That is what last week's message and this week's message are about.

I call them "ordinances" rather than using the word "sacraments." By ordinances I simply mean that they were especially "ordained" or instituted by Christ. The reason I avoid the word "sacraments" is that it tends to carry connotations that I don't believe are Biblical. Let me read a few sentences from a dictionary of theology to show what I mean:

The [Latin word] sacramentum meant both "a thing set apart as sacred," and "a military oath of obedience as administered by the commander." The use of this word for baptism and the Lord's Supper affected the thought about these rites, and they tended to be regarded as conveying "grace" in themselves, rather than as relating men through faith to Christ.1

Someone asked me, "Do believers receive an extra or a special grace by eating the Lord's Supper?" Let me try to answer that in a moment in the right place as I give you a very brief review.

I gave three Biblical meanings of Jesus' words, "This is my body," and "This is my blood." So I will restate those meanings of the Lord's Supper and in this message today mention three more, but only deal with one of them today and save the last two for the next time we are together.

I promised last time to explain why I think the resurrection of Jesus - which is essential to the gospel - is implicit in the Lord's Supper itself. It's because of four words in verses 23 and 24.

First, the word "Lord." Verse 23: "I received from the Lord what I also delivered to you, that the Lord Jesus on the night when he was betrayed took bread." When Paul calls Jesus Lord, it carries the meaning of his absolute authority and deity. We saw this in Romans 10 where Paul sees an Old Testament reference to Yahweh, the Lord, as a reference to "the Lord Jesus" (Romans 10:13). So when Paul says that the Lord's Supper was ordained by "the Lord" and represents "the Lord," it is clear that this one must rise from the dead and did rise from the dead. It was impossible that death should hold the Lord.

Second, the word "betrayed." Verse 23: ". . . the Lord Jesus on the night when he was betrayed took bread . . ." This word calls to mind mainly the fact that at the Last Supper Jesus knew who would betray him, and when. "It is he to whom I will give this morsel of bread when I have dipped it" (John 13:26). Therefore, Jesus was aware that this night and the crucifixion the next day was going exactly according to plan. Things were not falling apart, they were coming together. And the Planner had not planned to leave Jesus in the grave (Mark 8:31; 9:31). Jesus knew that. And we know it, and enjoy it, in the eating of the bread.

Third, the word "thanks." Verse 24: When "he was betrayed [he] took bread, and when he had given thanks, he broke it." This calls to mind that Jesus was loving and trusting his Father who had planned it all. Jesus was giving thanks, not just for physical bread broken in his hand, for what it signified - his own broken body. How could he be thankful to God for his own broken body and bloody death? Because he would rise from the dead and be praised forever by those for whom he died. His thanks to the God who bruises and breaks shows his confidence in the resurrection.

Fourth, the word "broke." Verse 24: "When he had given thanks, he broke it, and said, 'This is my body which is for you.'" Notice, Judas didn't break it. Peter didn't break it. A Roman soldier didn't barge into the room and break it. Jesus broke it. And then he said, in effect, I just broke this bread. And tomorrow I will break my body. What would that mean? It means what Jesus said in John 10:17-18, "I lay down my life that I may take it up again. No one takes it from me, but I lay it down of my own accord. I have authority to lay it down, and I have authority to take it up again." If he lays down his life, he takes it again. If he breaks his body, he will mend it. He will rise.

Conclusion: The Resurrection Is Implicit in the Lord's Supper

So I conclude that the resurrection of Jesus is implicit in the words of the institution of the Lord's Supper. Therefore, when Paul says in verse 26, "For as often as you eat this bread and drink the cup, you proclaim the Lord's death until he comes," the words, "until he comes" don't come out of nowhere. They assume and are built on the resurrection which is implicit in the Lord's Supper itself.

The second meaning of the Lord's Supper I mentioned last time is that it reminds us of Jesus. Verse 24 "Do this in remembrance of me." Let the Supper as proclamation become the Supper as recollection. Remember me sitting with you in fellowship, betrayed willingly, giving thanks to my Father who planned it all, breaking the symbol of my body, pouring out my blood, sealing a new covenant, singing with you that last song, crying in Gethsemane, etc. etc. Oh, how much there is to remember!

The third meaning of the Lord's Supper is feasting on Christ spiritually by faith for the satisfaction of the hunger and thirst of our souls. John 6:35, "I am the bread of life; whoever comes to me shall not hunger, and whoever believes in me shall never thirst." In the Lord's Supper feed your soul on all that God is for you in Christ. Nourish your heart on all the blessings that he bought for you with his body and blood (see 1 Corinthians 10:16).3

In other words, the Lord's Supper as a proclamation of the gospel which brings about a deep remembrance of the Lord Jesus himself does not stop with intellectual awareness of historical facts. But in the act we really feed our souls by faith on what the broken body and spilled blood achieved for us - a justified and sanctified fellowship with the risen Christ.

Do Believers Receive a Special Grace in the Lord's Supper?

Now here is the place to ask the question I mentioned earlier: "Do believers receive an extra or a special grace by eating the Lord's Supper this way?" I answer like this. God has provided many means to sustain and strengthen the souls of his children by faith. Each means is a gracious gift from God, mediating sustaining grace to our needy hearts. So yes, the Lord's Supper is one of those - a very precious and important one. But I do not see the grace, mediated through the Lord's Supper, as essentially different from the grace mediated by other means.

The key text is Jeremiah 31:31-34. Listen for the four precious promises in this covenant.

In the new covenant God promises to do four things.

God Promises to Write the Law on Our Hearts

The second promise of the new covenant in Jeremiah 31 is that he will write the law on our hearts. In the old covenant - the law of Moses - the law was written on stone and could not justify or sanctify (Romans 8:3). It was external and powerless. God ordained that in its place would come a new covenant. By it he would put the law of God not before us on stone, but in us by his Spirit. And by his Spirit he would make his will our delight, not just our duty.

Paul described his whole ministry like this: "[God] made us competent to be ministers of a new covenant, not of the letter [written on stone outside of us] but of the Spirit [at work in us]. For the letter kills, but the Spirit gives life" (2 Corinthians 3:6). What we savor at the Lord's Supper, when we drink the cup, is that by his blood Jesus purchased not new law, but new life. By the blood of the new covenant he purchased not just our forgiveness, but also our transformation; not just our justification, but also our sanctification; not just our pardon, but also our purity. Not just our God's favor, but also our faith. Oh, if you understand the all-embracing grace of the new covenant, you will taste the sweetness of this cup when you drink. Indeed you will taste it, and live in it, all the time.

God Promises That All of the Covenant People Shall Know God

Finally, the fourth promise of the new covenant is "I will be their God, and they shall be my people" (Jeremiah 31:33). When our sins are forgiven, and the will of God becomes our delight, and we know him personally (not just about him), then we have become his people and he has become our God. All of his infinite wisdom and all of his unlimited power is on our side and works for us. All of his greatness and beauty comes to us for our enjoyment. He is our all-satisfying God. And we are his satisfied people. When we drink the cup of the new covenant we savor this - that God is our God and we are his people.

Live by faith in the great gospel, new-covenant truth of the Lord's Supper all the time. By faith your sins are forgiven. The will of God is becoming increasingly your delight (and not just your duty). You know him personally. And he is your God. Savor this when you drink the cup. And make this truth the means by which you love each other and point others to it. Amen. 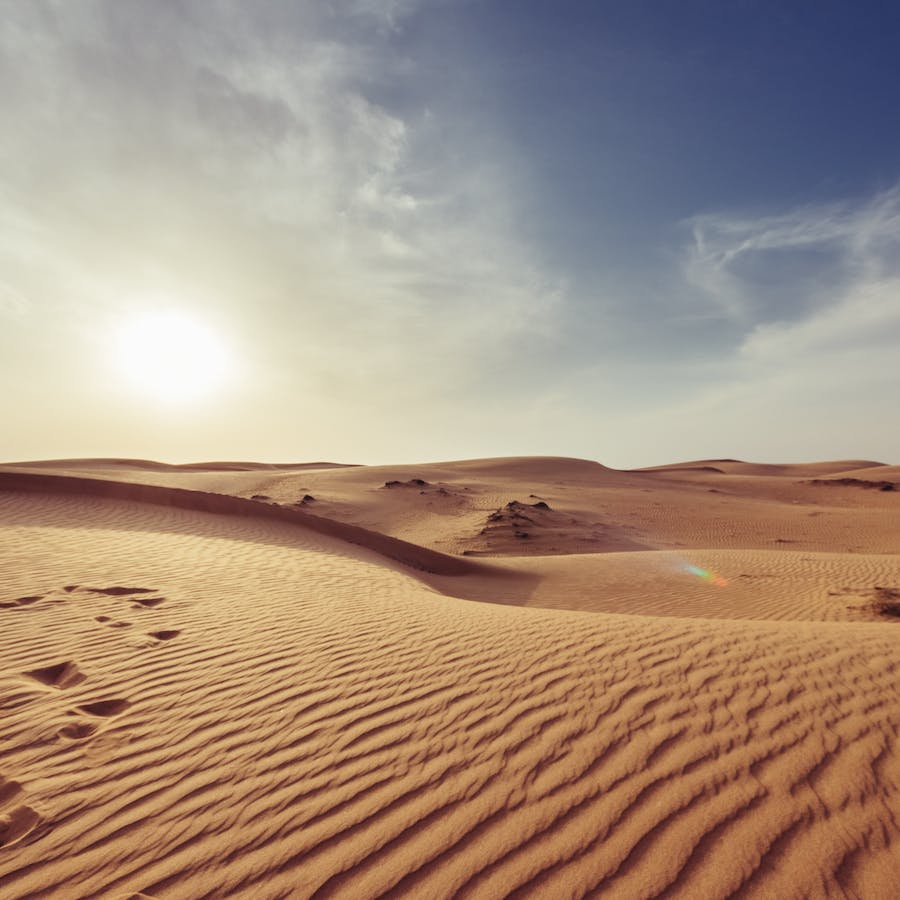 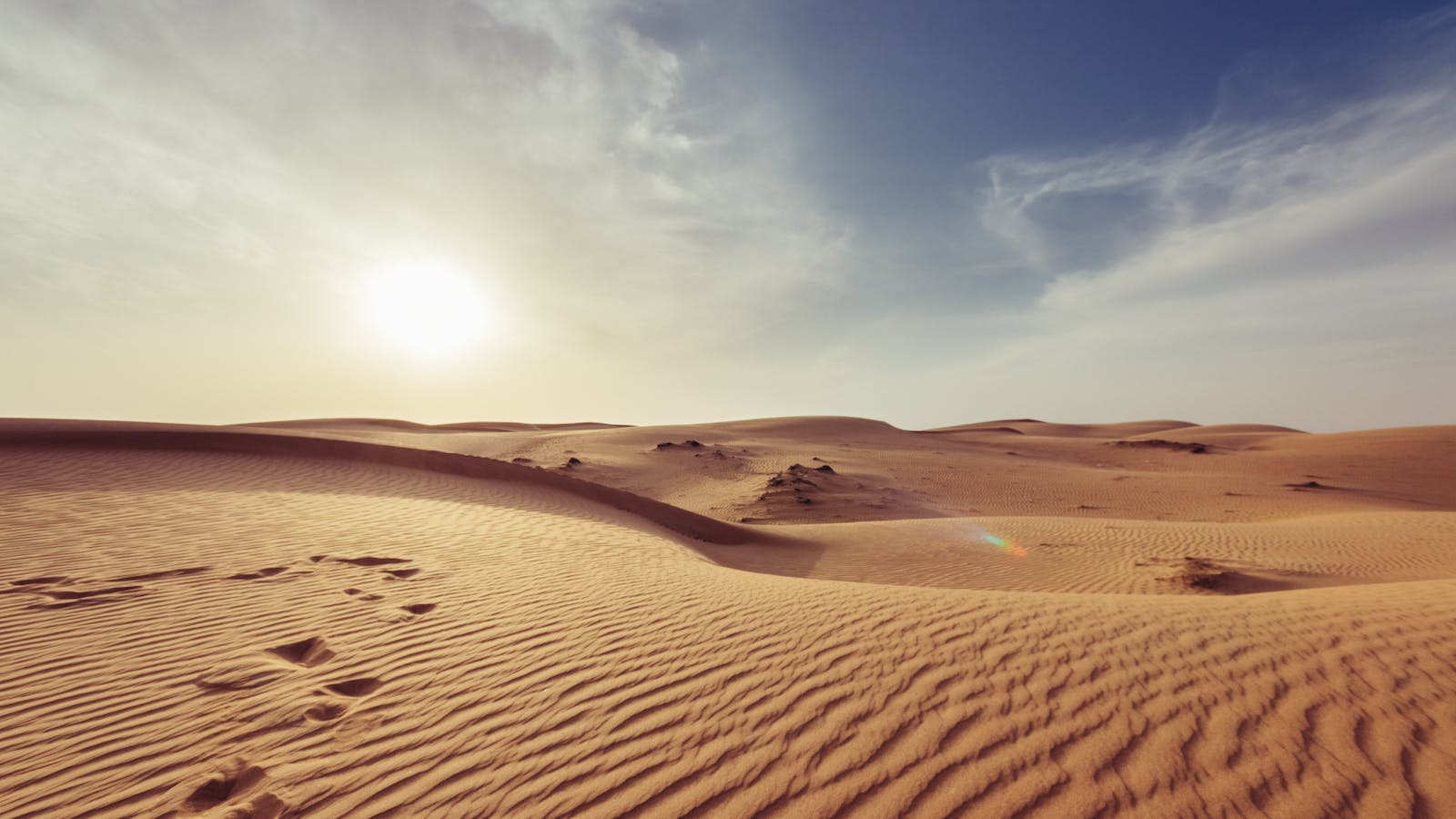 The God of our Bibles is more glorious than we can even begin to imagine. And it all begins with this fact: God absolutely and simply is. 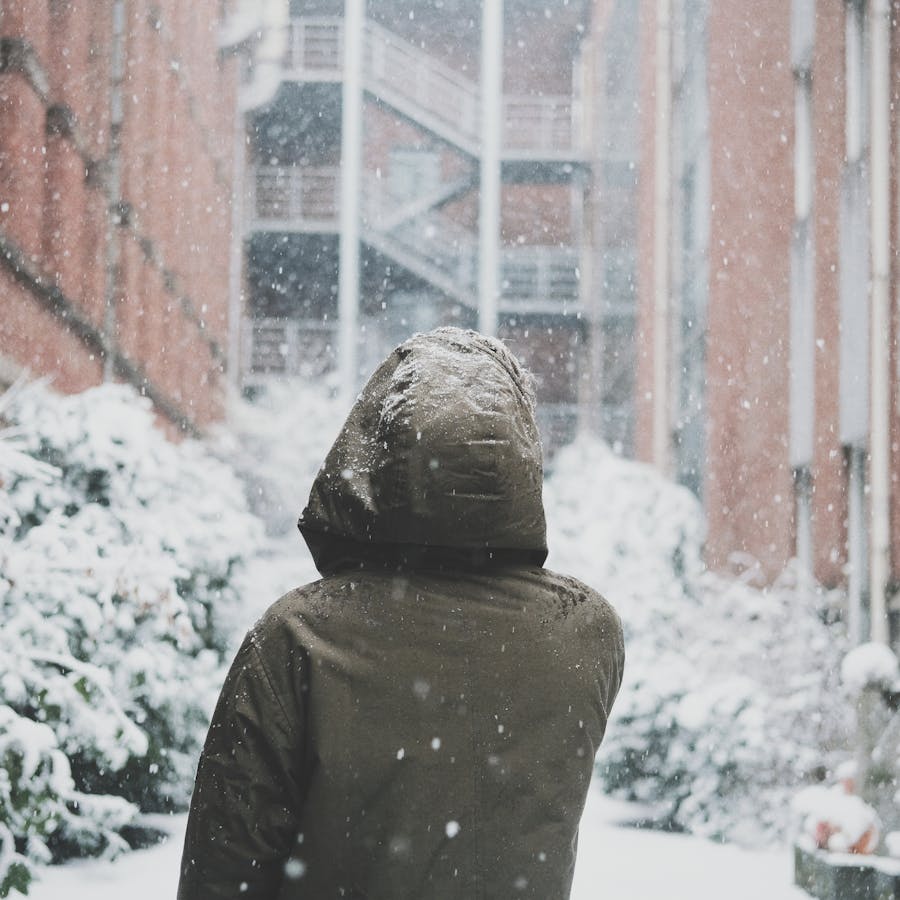 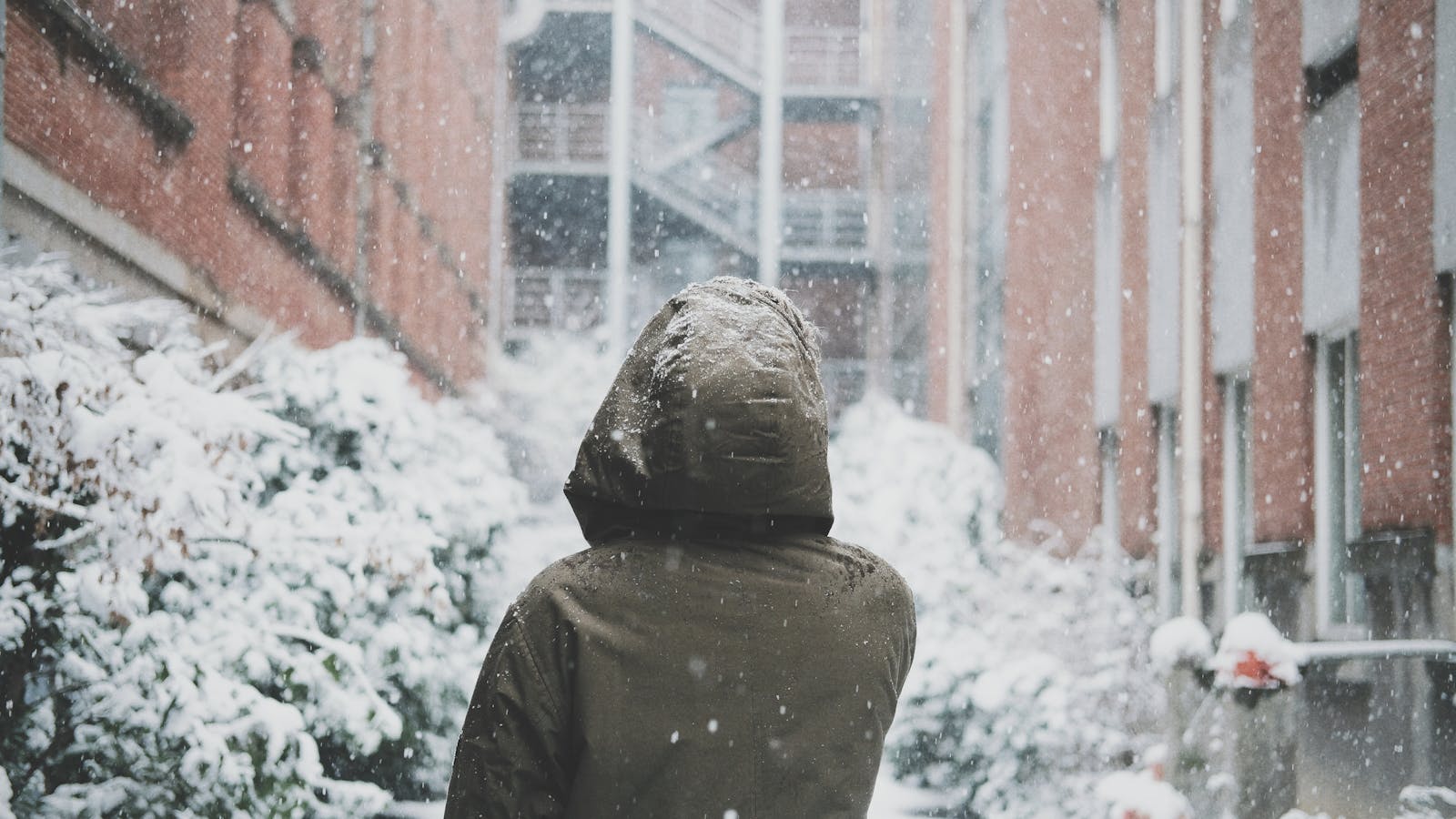 What Winter Can Do to a Soul

The coming of winter can serve as a fresh call to arms, to renew our everyday vigilance about the sort of spiritual habits we want to have in place all year. 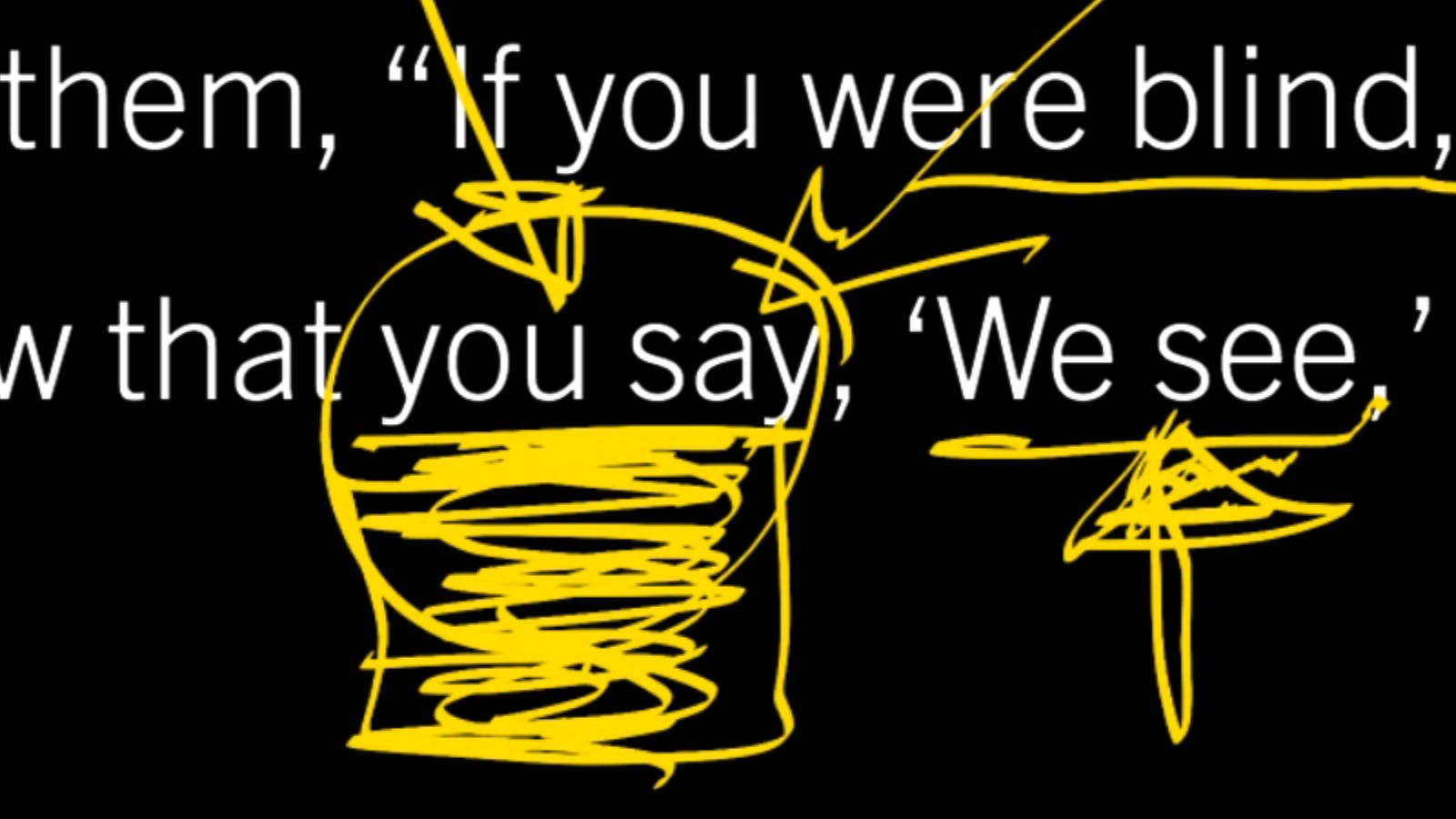 God Must Give Spiritual Sight

If God does not reveal himself to us, even the wisest, the strongest, the richest will not find him.

Same-Sex Attraction and the Wait for Change

Heterosexuality is not my ultimate goal — holiness is. And my holiness is not ultimately contingent on the reversal of my attractions.