You Joyfully Accepted the Plundering of Your Property

Editor’s Note: This sermon is the third message in the nine-part series The Righteous Are as Bold as a Lion.

But remember the former days, when, after being enlightened, you endured a great conflict of sufferings, partly, by being made a public spectacle through reproaches and tribulations, and partly by becoming sharers with those who were so treated. For you showed sympathy to the prisoners, and accepted joyfully the seizure of your property, knowing that you have for yourselves a better possession and an abiding one. Therefore, do not throw away your confidence, which has a great reward. For you have need of endurance, so that when you have done the will of God, you may receive what was promised.

The Christian Church in America suffers from about 350 years of dominance and prosperity. What I mean by dominance is that in most of American history being Christian has been viewed as normal and good and patriotic and culturally acceptable and even beneficial. What I mean by prosperity is that being Christian has generally resulted in things going well for us American Christians. Since the Christian ethos has been dominant, it has also been a pathway to success. And what I mean by suffering—that we are suffering from 350 years of dominance and prosperity—is that this has deeply ingrained in us a massively unbiblical mindset, namely, a mindset of at-homeness in this world and in this age.

We have been dominant and we have been prosperous, and therefore we have come to feel at home in this world, and have developed a deeply ingrained assumption that things should go well for us, and that this is our world and our age, that being a good Christian and being well thought of must go together, and that poverty and sickness and suffering and death is the worst thing that can happen in a land of Christian wealth and health and ease and upbeat, success-oriented vitality.

The Development of a Distorted Christianity

And so we have developed a form of Christianity to support this ingrained expectation of acceptance and comfort and prosperity. This Christianity begins by focusing on our felt needs (not our eternal ones that we may not even be aware of), and it makes its appeal on the basis that Christianity will make life a lot better for us in this world. It is not a call to suffer as an alien, but a call to prosper as a respected citizen—and to be very indignant and angry if we don't.

But we have gotten these things out of proportion—we have elevated the relatively minor this-worldly spin-offs of faith so highly and made them so dominant in our thinking and expectations that the New Testament pattern of Christianity seems almost incredible to us and we can hardly grasp what it was like to be Christian in the beginning, and what God may be calling us to today.

This text fills me with a longing to be free from domesticated, comfort-seeking, entertainment-addicted Christianity. I hope it does the same for you.

What does it mean here in Hebrews 10:32? It's pretty clearly a reference to their conversion. And both meanings seem to be very relevant from what we know about that conversion. On the one hand to become a Christian means (from 2 Corinthians 4:6) that God says, "Let there be light," in our hearts and "the light of the knowledge of the glory of God in the face of Christ" fills us with confidence of his reality and worth. So we are "enlightened" in the first sense—we see the glory of God and the reality of Christ more clearly. Lights go on in us.

But then the New Testament talks about how becoming a Christian means we also shine like lights in the midst of a crooked and perverse world (Philippians 2:15). We don't just see the light of God's glory more clearly, we begin to reflect it. God shines into us and we shine out to the world.

So I take Hebrews 10:32 to point to these two things. These Christians had come to see the light of the gospel of the glory of God as true and infinitely valuable; and they had then begun to shine in the world as a witness to this truth and value. The first experience set them free from the world and the second made them stand out from the world.

The Result Was Suffering

And the result was suffering. Verse 32: "But remember the former days, when, after being enlightened, you endured a great conflict of sufferings." It is not unnatural for the world to see the shining of Christian truth and Christian love and hate it. Just before Jesus said, "Let your light so shine before men that they may see your good deeds and give glory to your Father in heaven" (which sounds like a positive response), he also said, "Blessed are you when men reproach you and persecute you and utter all kinds of evil against you falsely on my account" (Matthew 5:16, 11). In other words, some are enlightened by your shining; others are incensed by your shining.

In the former days, after the Hebrew Christians started to see the glory of Christ and to shine with the glory of Christ, they also started to suffer for Christ. That's what Christianity meant. Receive Christ and receive suffering. Evidently they thought things or said things or did things that were not politically correct in those days and the upshot was that some of them got arrested and some others got in trouble because they stood by those who got arrested.

The Way in Which They Suffered

Verses 33–34 explain the way they suffered: "partly by being made a public spectacle through reproaches and tribulations, and partly by becoming sharers with those who were so treated. For you showed sympathy to the prisoners."

So there were two ways that these early Christians suffered: one was that some of them got arrested and put in prison, and the other was that the other Christians were willing to share their suffering by showing public sympathy.

This sympathy cost them a lot. Their property was seized. Verse 34: "You showed sympathy to the prisoners, and accepted joyfully the seizure of your property." The scene evidently is that some were put in prison. Others had to decide whether to show their solidarity with them or not. They remembered the teachings of Jesus, perhaps, and went to the prison. Jesus said, "I was in prison and you came to me . . . inasmuch as you did it unto one of the least of these my brothers, you did it to me" (Matthew 25:36, 40). Hebrew 13:3 says, "Remember those in prison as though in prison with them."

When they did this, the officials or the mob plundered their property. Perhaps they burned their homes or broke out their windows and stole their furniture. Or it might refer to official fines. Whatever it was, showing sympathy with their suffering brothers and sisters cost them their possessions.

Courage and Freedom, Then and Now

On February 21 of this year in Egypt three Americans, one New Zealander, and one Egyptian were arrested for forming a "Christian missionary organization." The wives of Brian Eckheart and Thomas Martin obviously sympathized with their husbands. They spoke with them by phone in the Tura Prison in Cairo every twelve hours. The result of this sympathetic relationship was that the wives and children were evicted from their homes on two days notice (The Standard, May, 1993, 27).

In other words, then and now it takes a good deal of courage to let your light shine before a world that may not want to see it. Or another way to put it is that it takes a good deal of detachment from the possessions you have accumulated in this world. It appears that the ground for courage in radical obedience to Jesus is freedom from the love of things, or even from the simple dependence on things.

I think I can say with the full authority of this text and the rest of the New Testament that whatever measure of material and physical loss God may call you to in this world, one thing is certain: being a Christian means being willing and ready to let it all go for the sake of Christ and his Word.

Where Does This Joyful Freedom Come From?

Where does that freedom come from? The text is very clear in answer to that. And the answer is not that it comes from some superior kind of grace given to saints and martyrs. The answer is that it comes from cherishing the reward of heaven more than life on earth. This is the other aspect of being "enlightened" (verse 32). Their eyes were opened to see the glory and worth of their future reward. Verse 34b: "You accepted joyfully the seizure of your property, knowing that you have for yourselves a better possession and an abiding one. Therefore, do not throw away your confidence, which has a great reward."

Right here is one of the main keys to why the church in America is so anemic. We are at home in this world. But these early Christians were aliens and exiles whose true home was in heaven and in the age to come with Jesus. That world was so real to them and so precious that they did the unthinkable: they "joyfully accepted the seizure of their property." It's the joy that's so jolting here. It's the joy. This gives fresh meaning to the Old Testament word: "The joy of the Lord is your strength" (Nehemiah 8:10).

There's only one explanation for this joy: they really believed it! They were "enlightened" by God to see it! They believed two things about their possession in heaven: one is that it is better ("you yourselves have a better possession" [verse 34]) and the other is that this possession is abiding. In other words they really believed that this world is inferior and this world is temporary. The one to come is superior and the one to come is eternal.

These were not words; they were realities. They were so real that when the house and the furniture and the clothes and the books burned, and the horses were stolen, they knew (the word in verse 34 is "knowing"!) that God was actually preparing them for an eternal weight of glory beyond all comparison. They said with Paul in 2 Corinthians 6:10—we "have nothing yet we possess everything."

The key to their joy in the midst of danger and loss was that they simply did not put much stock in this world. They had been transferred into the kingdom of God's Son (Colossians 1:13). They had passed from death to life. Their lives were hid with Christ in God.

They Found Two Things Everybody Wants

The two things that everybody wants they had found—but not in this world. Everybody wants the best happiness possible and the longest happiness possible. This is what the words "better and abiding" point to. They had a better possession and an abiding one. And the possession they had was a place at God's side in glory. "In your presence is fullness of joy and at your right hand are pleasures for ever more." Full and forever. Better and abiding.

That is what God is calling us to in these days. May there be true gospel "enlightenment" among us. And may we know that we have a better possession and an abiding one.

Read or listen to the next message in the series: 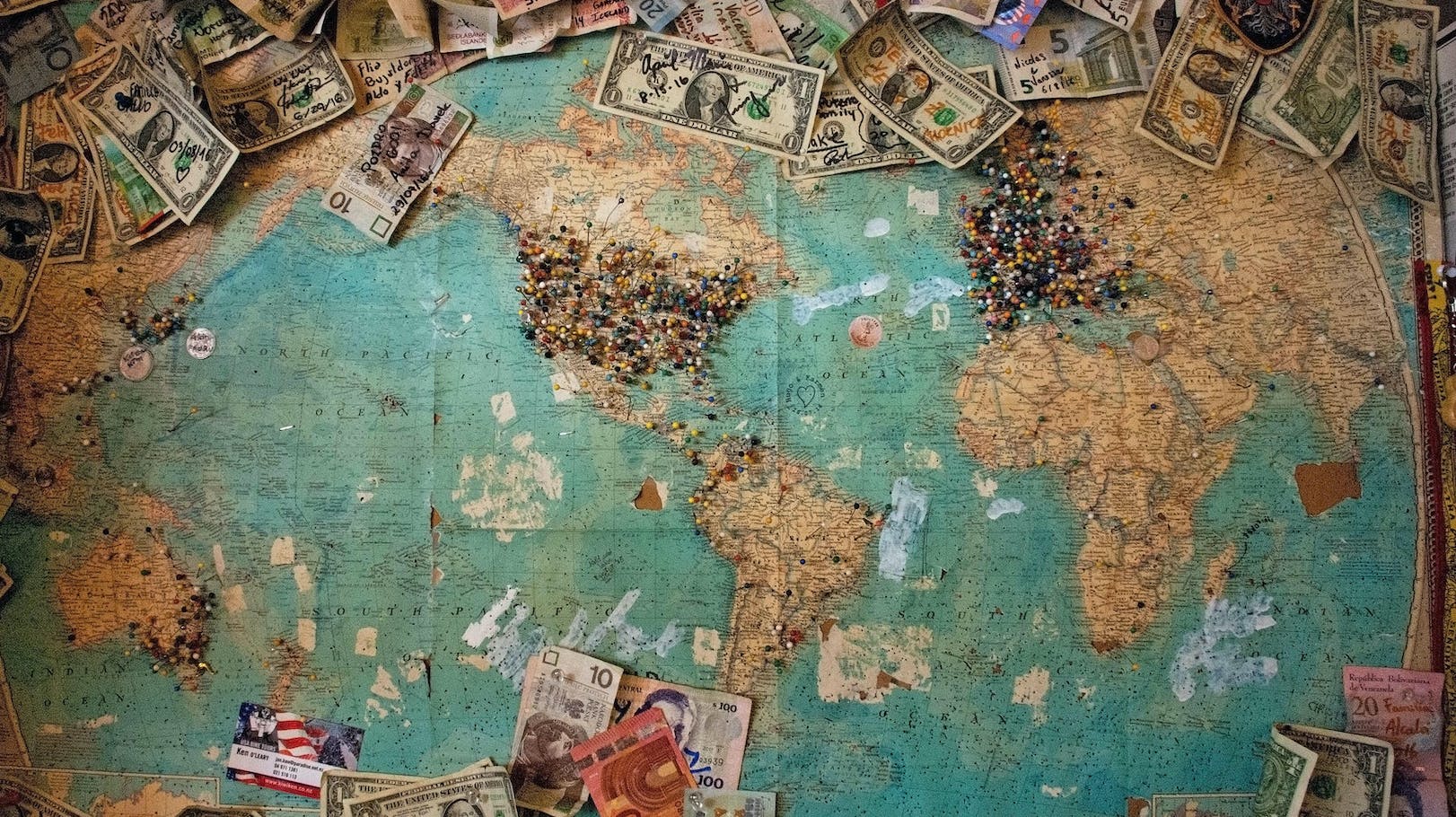 Loved Flock, Do Not Be Afraid to Give It Away