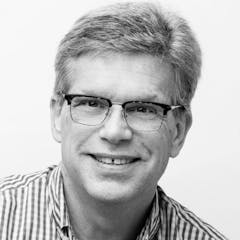 Scott Klusendorf is president of Life Training Institute, where he trains Christians to make a persuasive case for life in the marketplace of ideas. He is author of The Case for Life: Equipping Christians to Engage the Culture. Find him online at prolifetraining.com.

Post-Roe America May Get Ugly

What Is an Embryo Worth?

Scott Klusendorf is president of Life Training Institute, where he trains Christians to make a persuasive case for life in the marketplace of ideas. He is author of The Case for Life: Equipping Christians to Engage the Culture. Find him online at prolifetraining.com.

Post-Roe America May Get Ugly

What Is an Embryo Worth?

Ahmad is a parliamentarian in a Middle Eastern nation where girls 17 and under are the exclusive property of their fathers. Many of these girls are sold into sex slavery by age 7. Typically, the girl’s father signs a lucrative ten-year contract with an adult male who in turn possesses the girl as his sex slave until she turns 18. At that time, he returns the girl to her family and pays for a special surgical procedure that restores the appearance of physical virginity, thus allowing her father to resell her to another man in marriage.

Ahmad is sickened by this barbaric state of affairs and is committed to protecting all girls from sex slavery, but he does not have the votes to do it. Nevertheless, he fights on. Last year, he convinced a slim majority of the parliamentary members to ban ten-year slave contracts. While sex slavery remained legal, it was tougher to sell young girls, and the practice dipped 18 percent. Five months later, he secured a medical exemption forbidding the sale of girls suffering from chronic illness.

“Are pro-life advocates compromising when they support legislation that stops short of a total ban?”

This year, Ahmad has just enough votes to do more — much more. He knows that the new prime minister, under pressure from Western nations, will support a bill protecting nationals from sex slavery, thus saving 97 percent of young girls from the barbaric practice. Given the current reality that no girls — nationals or nonnationals — are protected, Ahmad is delighted at the government’s compromise. But there is no time to lose. Next month, 20,000 young girls will be up for public auction in the nation’s capital. If Ahmad’s bill passes before then, 19,400 of them will walk away free.

Only they didn’t. On the eve of the vote, two fellow voters who shared Ahmad’s anti-slavery convictions pulled their support for the bill on grounds that it allows exceptions and did not immediately abolish all sex slavery. They said they could not, in good faith, decide which girls are enslaved and which are not. Unlike Ahmad, they were not going to compromise their principles by regulating sex slavery. They would vote for Ahmad’s bill only if it abolished the practice totally and immediately.

Ahmad patiently explained that he was not deciding which girls could be enslaved and which could not. Previous regimes did that when they declared that no girls — nationals or nonnationals — had protections from slave trade. Like his two colleagues, he was committed to total abolition.

He was simply limiting the evil, insofar as possible, given current political realities. He confronted his colleagues with the math: They did not have the votes to ban slavery outright, not even close. But they could save 97 percent right now. He asked them point-blank whether freedom for the nonnationals was closer with 97 percent of the practice forbidden, or when slavery was allowed 100 percent.

He reminded them that the current legal environment did not require anyone to exercise a right to own girls as slaves — so, by voting for his proposed bill, they would not be making the current situation worse. They would be making it better. As for compromising, the government was doing that by moving from the total permissibility of sex slavery to almost no sex slavery. In short, they didn’t have to choose between immediate abolition and incremental improvement.

Provided these men remained committed to saving all girls — something they might very well achieve in the next election cycle — they could pursue both strategies at the same time. So why not save the 97 percent right now, before the auction?

Abortion legislation dominated the news cycle in the last year. Blue states like New York, Illinois, Connecticut, and Vermont, fearing realignment of the federal courts, rushed to either codify abortion as a fundamental right or curtail what few restrictions remained on their books.

Red states like Georgia, Ohio, Missouri, Kentucky, Mississippi, and Louisiana passed bills restricting abortion either after fetal heartbeat or after eight weeks. An Alabama law went further: it defines all unborn humans as persons and permits abortion only when the fetus has a lethal anomaly or when pregnancy presents a serious physical or psychiatric health risk to the mother.

Note that each of these pro-life bills contains exceptions. Not one abolishes abortion outright, though each (if court injunctions are lifted) limits the abortion license. Are pro-life advocates compromising their core principles when they support legislation that stops short of a total ban?

Critics of these incremental laws, sometimes known as immediatists, say yes. Immediatists attack pro-lifers for allegedly “regulating” abortion rather than calling for its immediate and total abolition. They assert that incremental strategies aimed at limiting the evil of abortion are an affront to God’s holy commandments (specifically, “You shall not murder”) and thus prolong the bloodshed. Pro-life advocates could end abortion by joining with immediatists, but they won’t. Thus, the continuance of abortion lies at the feet of pro-lifers.

“Pro-lifers aren’t satisfied with the status quo. They’re appalled by it.”

Immediatists claim historical precedent for their position. Social reformers like William Wilberforce, so their argument goes, were not incrementalists. To the contrary, regulation of evil was not an option for him. Thus, both morally and historically, pro-life incrementalists are in the wrong.

The immediatist argument, however, is fundamentally flawed.

Saving as Many as Possible

First, it assumes that pro-lifers have the power to immediately end abortion but simply won’t. This is simply not true. Pro-life advocates do not have the power to say which children live and which ones die. The federal courts did that when they ruled that no unborn children have a right to life.

Given that legal environment, effective pro-lifers are immediatists in principle and incrementalists in practice. That is, while committed to the principle that every unborn human should be legally protected, they work to save as many lives as possible given current political realities. In short, pro-lifers aren’t satisfied with the status quo. They’re appalled by it. But they realize you can’t just wave a magic wand and make abortion go away. So, while they don’t willingly choose to be incrementalists, they function that way legislatively in order to limit the evil done.

Second, the immediatist argument assumes no steps are better than any steps. How does it follow that because we can’t save all children we shouldn’t try to save some? Pro-lifers are not the ones compromising when we support incremental laws aimed at limiting the evil of abortion. Rather, the pro-abortionist is compromising because he’s forced to give ground on the current status quo — namely, that any child can be killed at any point in pregnancy for any reason. When pro-lifers chip away at the status quo, they are improving the moral landscape.

Third, immediatists get their history wrong. As Gregg Cunningham points out, William Wilberforce was in principle firmly committed to the complete and immediate abolition of slavery, but in practice he functioned as a strategic and tactical incrementalist.

“How does it follow that because we can’t save all children we shouldn’t try to save some?”

He pursued both strategies simultaneously — as do pro-lifers today. He did not compromise on principle, only on tactics and strategy. When you don’t have the votes, you get what you can while you continue working for complete victory. For example, Wilberforce supported legislation to refit slave ships to reduce suffering. He introduced limitations on slave trafficking in shipping ports. He did all this while working tirelessly for complete abolition. He took these incremental steps to secure the votes to eventually ban the slave trade altogether.

Abraham Lincoln, likewise, worked incrementally to abolish slavery in the United States. He withheld his Emancipation Proclamation until January 1, 1863 — three months after the Union victory at Antietam — in hopes of a more favorable reception. Even then, the proclamation only declared slaves free in the South (where Lincoln’s authority was not recognized), not the North! Nevertheless, the document helped refocus the federal war effort on slavery. No less an abolitionist than Frederick Douglass praised President Lincoln for prudently abolishing slavery:

His [Lincoln’s] great mission was to accomplish two things: first, to save his country from dismemberment and ruin; and, second, to free his country from the great crime of slavery. To do one or the other, or both, he must have the earnest sympathy and the powerful cooperation of his loyal fellow-countrymen. Without this primary and essential condition to success his efforts must have been vain and utterly fruitless. Had he put the abolition of slavery before the salvation of the Union, he would have inevitably driven from him a powerful class of the American people and rendered resistance to rebellion impossible.

As Princeton University professor Robert George points out, “public opinion and other constraints may limit what can be done to advance a just cause”:

Politics is the art of the possible. . . . The pro-life movement has in recent years settled on an incrementalist strategy for protecting nascent human life. So long as incrementalism is not a euphemism for surrender or neglect, it can be entirely honorable. Planting premises in the law whose logic demands, in the end, full respect for all members of the human family can be a valuable thing to do, even where those premises seem modest. Fully just law would protect all innocent human life. Yet sometimes this is not, or not yet, possible in the concrete political circumstances of the moment.

Pro-life advocates are not satisfied with the status quo; they abhor abortion and would stop it immediately if they could. They are not “regulationists” who decide which babies live and which die. They have no such power. Instead, they work to pursue the good and limit the evil insofar as possible given current legal realities. That is not compromise.