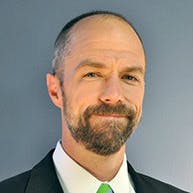 The Good and Perfect Father

The Good and Perfect Father

I believe in God, the Father almighty, creator of heaven and earth. (Apostles’ Creed)

According to the Christian confession, there is one God, the Lord, the one declaring his name “I am,” “the first and the last,” “the living God,” the “holy one of Israel.” The declaration that “there is none besides me; I am the Lord, and there is no other” (Isaiah 45:6) does not mean that our God is better than the other deities that occupy the category of “gods.” It means that the one God is in a class by himself, with no other being in his category: “Besides me there is no God” (Isaiah 45:5).

At the same time, the Christian faith understands this one God to be simultaneously three: the God of Israel, who is “one” (Deuteronomy 6:4), has saved his sinful people by sending God the Son and God the Spirit. These three are not three gods, nor do they make God cease to be singular. There is one name revealed to us into which we are baptized: the name of the Father, the Son, and the Holy Spirit (Matthew 28:19). How can this be?

“Every Christian doctrine is Trinitarian through and through.”

The doctrine of the Holy Trinity is the way the Christian faith has explicated the reality of divine revelation and redemption, and it is this doctrine that is the “ruler and judge over all other Christian doctrines” (John Webster, God Without Measure, 1:159). Every Christian doctrine is Trinitarian through and through, so it is of great importance that we get this clear. When we confess the Apostles’ Creed, what do we mean — and not mean?

Many of us have been taught to say briefly that God is one essence in three persons. This admirable beginning demands that we know what we are saying by the term essence, the term persons, and the relationships among the various terms (see Herman Bavinck, Reformed Dogmatics, 2:298). By essence, Christians mean the “what-ness” of God, his nature or his being. But due to God’s utter transcendence of our world and powers of knowing, he must tell us what he is like by declaring to us his name and demonstrating his nature in his works.

Listening to the biblical witness has led the church to describe God’s nature in four important ways (although there are many more!). First, God has life in and of and from himself. More than merely “independence” or “uncausedness,” this conception (called aseity) is positive and indicative of God’s own measureless, blissful existence that is without origin, cause, change, or dependence — from eternity to eternity, God is unimaginably alive.

Second, God is simple, or not composed of parts. This is a way of describing the radical oneness of God, who does not come to be good, nor is only one part of him good, nor is he measured by some standard of the Good other than his own nature. God simply is good, since he simply is himself.

Third, God is perfect. God’s perfection does not refer to properties of worldly greatness magnified a billion times and then attributed to God. Rather, God is perfect as himself, as the Holy Trinity, lacking “nothing of the mode of [his own] perfection” (Thomas Aquinas, Summa Theologiae, Ia.4.1).

Fourth, God is good. While we are called good (by him!), we are so in an analogous, creaturely sense. But God is goodness itself — purely, perfectly, simply — in and of himself, and he needs no other to whom to pour out that goodness.

In all of these four ways, he is himself. This particular nature is the divine essence that all three Trinitarian persons are (or share). Uniquely, the Christian confession affirms these truths of God in himself before and apart from his relation to us.

Who are these three who are the one God? We confess in the creed what we hear in Scripture: God is Father, Son, and Holy Spirit. These three persons are not parts of the one God, coming together to make the one; nor are they the one divided into three. Each person is the one God, but only as related to the other two persons. Thinking of one divine person in isolation is a sort of nonsense: the names are, as Augustine demonstrated, “relation-wise” terms and are thus mutually constitutive. The Father is he who eternally begets the Son and who, with the Son, eternally breathes out the Spirit. Son and Spirit likewise are identified by their respective relations to the Father and each other.

“At the heart of this world, underneath its very existence, is not chaos, not violence, not emptiness, but Love.”

When we confess in the creed, “I believe in God, the Father almighty, maker of heaven and earth,” we in no way intend that the singular divine person of the Father is solely the Creator, and that Son and Spirit are not part of that divine work. The Father who creates is eternally Father-of-the-Son, and Father-with-the-Son-who-is-related-to-the-Spirit. The creation of the universe is a Trinitarian action, executed by all three persons in the singular, perfect divine essence. God is triune before and apart from his relating to us in his works.

This divine perfection and Trinitarian unity means something profound. The God who eternally lacks no perfection and who in himself is goodness and joy and peace and love, as Father who loves the Son in the Spirit, this God creates us anyway. Therefore, at the heart of this world, underneath its very existence, is not chaos, not violence, not emptiness, but Love. Love that rejoices in its own being, Love that loves itself in unimaginable infinity. And that Love is, as Isaak Dorner said, also a lover of life.

Confessing that God is “almighty” is a shorthand way of speaking back the numerous names and deeds of God witnessed in the Bible, that God is the Lord and that God has rescued his creation from destruction. Who can say why he should do such wonders?

Thankfully, God himself has told us, and told us so that we might rejoice and be glad, so that we might bless his holy name. That we are saved from death is due to the activity of the Holy Trinity — an activity that began before the foundation of the world. The doctrine of election is good news because it is God the Father purposing that his people be with him for eternity, but they may be so only once their reconciliation is accomplished by God the Son in Jesus Christ and is applied to each precious one of them by God the Holy Spirit. In the same way that Israel was not a treasured possession of God until he chose them, just as the cosmos did not exist until God willed that it be, likewise sinners have in themselves neither capacity nor desert to escape sin and destruction.

Yet to know and love more deeply this reality of election demands that it not be isolated; indeed, the above description is not comprehensible standing alone. Who is the agent of this electing action? It is God the Trinity who elects to salvation. This electing God is from himself (this is aseity) perfect, good, and simple. Election is thus a work that flows from God’s everlasting aliveness, his majestic life that reaches out to ruined sinners from its measureless, uncaused depths. The grace of the gospel in Jesus Christ cannot be said to be caused by anything or anyone other than this God.

Election is a work of God’s perfection, and thus entails that God does not need to do this gracious choosing so that he might be who he is. He is the fullness of life and love, and lacks no perfection of his own nature — he needs neither to save us nor to create us to be himself. Thus — and only thus — is election (like creation) an act of God’s love.

Election is a work of God’s goodness, and in his infinite generosity, “the God and Father of our Lord Jesus Christ . . . has blessed us in Christ with every spiritual blessing in the heavenly places” (Ephesians 1:3). The end goal of election, including all the intermediate means he has ordained for us to reach that end, is receiving what all things properly most desire: God himself, who has given himself to us.

“The grace of the gospel in Jesus Christ cannot be said to be caused by anything or anyone other than this God.”

Election is a work of God’s simplicity, his uncompounded and absolute oneness as the Holy Trinity. It is not exclusively the Father who elects, the Son who redeems, and the Spirit who perfects us. No — election, like all other external works of God, is indivisible and Trinitarian. God the Father chooses us to be in fellowship with him in Jesus Christ, God the Son in human flesh as our Mediator, and to be united to the Father through the Son in the bond, the presence, of God the Holy Spirit in us.

All this is so because God is simple or one, and in eternity his decree too is simple and one. Election is simply one aspect of that single, grand, artistic vision for everything that God freely decrees. Election sits alongside God’s will to create the world, to make things according to their kinds, to govern providentially all things to their decreed ends, to consummate all things in a day of judgment and resurrection, leading into eternal life with his people. Election brings about redemption, but election also points backward from there to creation, and points forward from there to the new creation and eternal life. The purpose of God in every single element of it is singular: that the Trinity himself would have fellowship — joy-filled, glory-irradiated fellowship — with his people.