Thomas Goodwin on Our Deep Insecurity 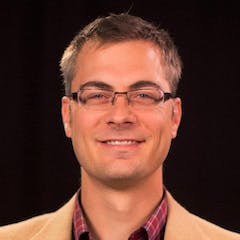 Dane Ortlund serves as senior pastor of Naperville Presbyterian Church in Naperville, Illinois. He is the author of Gentle and Lowly: The Heart of Christ for Sinners and Sufferers and Deeper: Real Change for Real Sinners. Dane and his wife, Stacey, have five children.

Discouragement Can Take You Deeper

Safe Beneath His Sovereign God

God’s Beauty for the Bored, Busy, and Depressed: An Interview with Dane Ortlund

Dane Ortlund serves as senior pastor of Naperville Presbyterian Church in Naperville, Illinois. He is the author of Gentle and Lowly: The Heart of Christ for Sinners and Sufferers and Deeper: Real Change for Real Sinners. Dane and his wife, Stacey, have five children.

Discouragement Can Take You Deeper

Safe Beneath His Sovereign God

God’s Beauty for the Bored, Busy, and Depressed: An Interview with Dane Ortlund

How does God feel about you after you’ve sinned?

I’m not asking about your legal status before God — if you know the gospel, you understand that trusting in Christ and his atoning work fully removes your legal guilt. I’m asking a different question, a more deeply personal one. Does God view you as technically guiltless but personally repugnant after you’ve sinned?

“It is hardwired into our hearts to view God as parsimonious instead of greathearted.”

In 2013 my wife bought me The Works of Thomas Goodwin. What Goodwin (1600–1680) has been showing me is that I could believe that my legal record before God remained utterly undented, while remaining uncertain at a more acutely personal level how God actually felt about me.

These past four years, Goodwin has been wrestling a settled sense of the heart of God into me. I resisted at first. It felt too mushy. But today, if you asked me to erase from my mind what Goodwin has given me in exchange for a direct deposit of $10 million into my checking account, I’d say keep your money.

Coming Back to the Heart of God

Thomas Goodwin understood the human heart. He knew how easily Christians tend to feel defeated in life. He knew we naturally develop a sense that we are disappointing God, letting him down. He knew it is hardwired into us to view God as parsimonious instead of greathearted.

But Goodwin also understood that the antidote to this debilitating cloud of ambiguity is provided by the Bible itself. Understanding that the Bible uses the term “heart” to speak not merely of emotions only but of the core animating principles of a being, Goodwin wrote and preached of God’s own heart and especially the heart of Christ, the earthly, tangible image of the Father (John 14:9).

Because of the objective glory of the gospel of grace, believers in Christ enjoy not only the legal pronouncement of blamelessness; we get an equally glorious reality, one I believe that is neglected today: we get the very heart of God.

The Father of Mercies

Goodwin’s distinct emphasis was that in all our fickleness and failures, through all our cold and callous days, in all our wandering and waywardness, the heart of God in Christ is drawn out all the more warmly to us. Consider the following, and note how Goodwin reasons:

We may have the strongest consolations and encouragements against our sins. . . . There is comfort, in that your very sins move him to pity more than to anger. . . . Christ takes part with you, and is far from being provoked against you, as all his anger is turned upon your sin to ruin it; yea, his pity is increased the more towards you, even as the heart of a father is to a child that hath some loathsome disease, or as one is to a member of his body that hath the leprosy, he hates not the member, for it is his flesh, but the disease, and that provokes him to pity the part affected the more. . . . The greater the misery is, the more is the pity when the party is beloved.

Now of all miseries, sin is the greatest, and while you look at it as such, Christ will look upon it as such also. And he, loving your persons, and hating only the sin, his hatred shall all fall, and that only upon the sin, to free you of it by its ruin and destruction, but his affections shall be the more drawn out to you; and this as much when you lie under sin as under any other affliction. Therefore fear not. (Heart of Christ, 155–56)

Goodwin is grappling with who Christ is most deeply. Perhaps some of us intuitively believe anger is natural to God while love is mustered up. Goodwin says the reverse is true of both the Father and the Son.

[Christ’s] love is not a forced love, which he strives only to bear toward us, because his Father has commanded him to marry us; but it is his nature, his disposition. . . . This disposition is free and natural to him; he should not be God’s Son else, nor take after his heavenly Father, unto whom it is natural to show mercy. . . . He is “the Father of mercies,” he begets them naturally. (Heart of Christ, 60)

“Some of us intuitively believe anger is natural to God while love is mustered up.”

What does Goodwin mean here?

All God’s attributes are equally non-negotiable. For God to cease to be just would un-God him as much as if he were to cease to be omniscient, or patient, or impassible. But from another, deeper angle, Goodwin believed, there are some things that pour out of the heart of God more naturally than others.

God is unswervingly just. But what is his fundamental disposition? What is natural to him? Who, at bottom, is he?

God’s More Glad with Us Than We Are

From texts such as Exodus 34:6–7, Jeremiah 31:20, Lamentations 3:33, Hosea 11:8–9, Matthew 11:29, and Hebrews 4:15, Thomas Goodwin takes us into the deepest recesses of the divine passions and wants to perplex us with a God whose love intensifies rather than draws back when he sees his people’s sins and failures.

It is [God’s] disposition to be merciful. It is his nature; his being. . . . His whole being and nature inclines him to it. . . . Mercy is his nature and disposition, because when he shows mercy, he does it with his whole heart. (Works, 2:179)

And unfolding John 6:37, Goodwin explains that people resist the gospel because they do not know Christ’s heart:

That which keeps men off is, that they know not Christ’s mind and heart. . . . The truth is, he is more glad of us than we can be of him. The father of the prodigal was the forwarder of the two to that joyful meeting. Hast thou a mind? He that came down from heaven, as himself saith in the text, to die for thee, will meet thee more than halfway, as the prodigal’s father is said to do. . . . O therefore come in unto him. If you knew his heart, you would. (Works, 4:223)

The God Who Justifies Us Loves Us

In emphasizing God’s mercy, Goodwin doesn’t gloss over God’s other attributes; he never elevates one doctrine at the expense of others, including God’s wrath. But as much as Goodwin is (and we should be) theologically precise in every area, we must not be deceived: God’s legal justification of us in Christ is bound up with God’s real, tender, greathearted, merciful love toward us in Christ.

“God’s children must know that their sins do not push God farther away from them; they pull him closer.”

God does not merely count us righteous in Christ, while actually feeling disgusted with and repulsed by us. The same God who legally justifies us is the One who yearns for us from the core of his deepest being. As Goodwin reminds us, God’s children must know that their sins do not push God farther away from them; they pull him closer, like a father who wants to embrace an afflicted child.

Let Thomas Goodwin walk you into the green pastures and still waters of a settled awareness of the outpouring love of the Greatheart, the One who longs more for you at those very moments you are most certain he doesn’t.