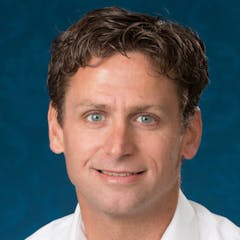 I believe in the Holy Spirit. (Apostles’ Creed)

“I believe in the Holy Spirit.” With these words, the Apostles’ Creed introduces our belief in the third person of the Trinity as an essential element of the Christian faith. Unlike the statements on the Father and the Son, however, the Creed does not elaborate explicitly on the person and work of the Spirit.

The earliest church fathers focused most of their energy on defining and defending the correct understanding of the person and work of Christ, so they did not give as close attention to the person or work of the Holy Spirit as they did to Christology. Yet they recognized that the Scriptures fully affirm the deity of the Spirit.

In the Great Commission, Jesus commands his disciples to baptize into the singular name of the Father, Son, and Holy Spirit. Paul closes 2 Corinthians with a benediction that calls for the grace of the Lord Jesus Christ, the love of God, and the fellowship of the Holy Spirit to be with them (2 Corinthians 13:14). All three persons of the Trinity share equally in the divine identity.

Personhood of the Holy Spirit

Many Christians understand the personhood of the Father and the Son without difficulty. Even if we have severe misunderstandings or dysfunctional families, most of us can comprehend what it means to be a father or a son because of our own experiences within a family. But for many, the Holy Spirit seems more like the Force in Star Wars, or like some ethereal idea, than a person who shares in the fellowship of the Trinity alongside the Father and the Son. But the Scriptures teach us that the Holy Spirit is not an impersonal force or good vibes that Jesus sends to his people. He is the third person of the Trinity, intimately involved in the work of both creation and redemption.

Some groups, like the Jehovah’s Witnesses, might argue that the Holy Spirit is not a person, but instead represents the power of God at work in the world. But all orthodox Christians would disagree with this, and the Scripture is very clear on this question. When Peter condemns Ananias for his deception when he sold his property but kept back part of the proceeds, Ananias was guilty of lying “to the Holy Spirit,” which, Peter says, means lying “to God” (Acts 5:3–4). In this brief reply, Peter affirms both the deity and the personhood of the Holy Spirit.

“The Holy Spirit is a person who interacts with us in personal ways.”

This is consistent with what we see elsewhere in Scripture. Jesus tells his disciples that the Father will send another Helper, the Holy Spirit. The Spirit would teach and remind them all that Jesus had taught them (John 14:16, 26). In his letter to the church at Ephesus, Paul commands us not to grieve the Holy Spirit of God (Ephesians 4:30). The implication is that the Spirit is a person who interacts with us in personal ways.

Finally, in Acts 7:51, Stephen condemns many of his fellow Jews for resisting the Holy Spirit, just as their ancestors did. From this, we can see that the Holy Spirit is a person who can be resisted at some level and who has been at work in both the old- and new-covenant eras.

Not only are we warned against resisting or grieving the Spirit, but the New Testament also reminds us of the positive work of the Spirit on our behalf. For example, Paul encourages us in our prayers with the knowledge that “the Spirit helps us in our weakness. For we do not know what to pray for as we ought, but the Spirit himself intercedes for us with groanings too deep for words” (Romans 8:26). The Holy Spirit is God, the third person of the Trinity, who is actively working for the sake of his people.

Relationship to Father and Son

As the Christian church increasingly clarified what the Scriptures teach about the nature of the Holy Spirit, a division arose between mostly Greek-speaking churches in the East and Latin-speaking churches in the West. This was part of a larger division that eventually led to what is commonly called the “Great Schism,” when the Bishop of Rome and the Patriarch of Constantinople excommunicated each other in AD 1054. The main theological disagreement between East and West was over the question of whether the Holy Spirit proceeds from the Father only or from both the Father and the Son.

The Niceno-Constantinopolitan Creed originally said that the Holy Spirit proceeds from the Father. That is, within the Trinity itself, the Holy Spirit is eternally proceeding from the Father. In the sixth or seventh century, some Western churches started adding the words “and the Son” (filioque in Latin). Patriarch Photius I of Constantinople condemned this addition, but in 1014 the Western churches officially adopted it, which then led to the schism of 1054. This dispute over the filioque clause might seem irrelevant to us in the twenty-first-century church; however, there is good biblical evidence for the filioque clause.

Evidence for the Filioque

Finally, the vision of the new creation in Revelation 22:1 may also support the filioque, for there we see “the river of the water of life, bright as crystal, flowing from the throne of God and of the Lamb.” If the water represents the Spirit (as water often does in Scripture, John 7:37–39), then he is flowing from the throne of God the Father and of Christ the Lamb.

Spirit of Father and Son

These texts, and others like them, give us good theological warrant to understand the Holy Spirit as proceeding from the Father and the Son. He is not a lesser being of some sort, but instead, he exists in a unique relationship to both Father and Son concurrently. Therefore, Augustine’s reflections in The City of God have strong biblical warrant:

“The Spirit exults over his people. The Spirit delights in his dwelling among us.”

From eternity, the Holy Spirit proceeds from both Father and Son. His relationship to the Father is not separated from his relationship to the Son; instead, he relates to both Father and Son together. Thus, the filioque strengthens our understanding of the unity of our triune God. Father, Son, and Holy Spirit are united in their relations with each other and with the people of God, in whom they delight.

Joy of the Holy Spirit

Zephaniah 3:17 says, “The Lord your God is in your midst, a mighty one who will save; he will rejoice over you with gladness; he will quiet you by his love; he will exult over you with loud singing.” This verse is an amazing window into the joy of God over his people, but it has a unique application for the joy of the Holy Spirit during this new-covenant era.

Remember that the presence of the Lord is found among his people particularly through the Spirit who dwells among us. Therefore, the fulfillment of Zephaniah 3:17 today is in the Holy Spirit’s presence among his people. The Spirit not only led the disciples into all truth, and he not only helps us to pray better than we know, but he also rejoices over us, the people of God, with singing.

Perhaps we might even say that this is part of the Spirit’s intercession for the saints (Romans 8:26). At the very least, we can see that the Holy Spirit exults over his people. The Spirit delights in his dwelling among us. This is remarkable. The Holy Spirit is fully God, the third person of the Trinity, yet he delights over his people, and his people can now delight in him.