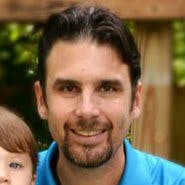 Nathan Tarr is Director of Discipleship and Campus Ministry at St. David’s School in Raleigh, North Carolina, and author of The Fruit of Lips That Acknowledge His Name: The Witness of Pastor Paul Schneider. He and his wife, Devon, have five children.

Ten Great Books to Read Together

The Scandal of His Confession

Doctors of the Soul

Nathan Tarr is Director of Discipleship and Campus Ministry at St. David’s School in Raleigh, North Carolina, and author of The Fruit of Lips That Acknowledge His Name: The Witness of Pastor Paul Schneider. He and his wife, Devon, have five children.

Ten Great Books to Read Together

The Scandal of His Confession

Doctors of the Soul

Shaded from the heat of a Syrian summer, an old man sits in shackles, speaking earnestly to a secretary. His words mingle conviction and compassion, like a father to his children. In the next room, ten of emperor Trajan’s legionaries drink off another day’s pay. For them, the road from Antioch to the Roman Colosseum will be long, but it is better than being sent a second time into the Dacian wars.

It is August, AD 107. The prisoner’s name is Ignatius. Before his arrest just weeks ago, he was the bishop of Antioch.

As Ignatius travels to the Colosseum, the church sits in a precarious spot. Ignatius’s mentor, the apostle John, has recently died. For the first time, there is no living witness to the resurrected Jesus. No leader who can comfort or correct the course of the church with apostolic authority. And yet the need for both comfort and correction is great. From outside the church, Roman society marginalizes Christians as “atheists” (those who do not acknowledge the Roman gods), and the authorities respond to rumors of strange rites in Christian worship with intensifying cycles of persecution.

External pressure exposes internal fault lines among those claiming to follow in The Way. Doctrinal deviation creeps in, questioning the truth of the incarnation (Docetism) or requiring adherence to the law of Moses (Ebionism). Behavioral aberration crops up, as some take the name of Christian but remain complacent in patterns in sin. Errors in both doctrine and practice multiply as the church continues to expand across the reaches of the Roman Empire. All of which serves to highlight the question of authority. The old ways of answering this question are gone: Christ has ascended, and his apostles have been martyred. The new and perpetual authorities are not yet in place: a creedal consensus on the faith, a recognition of the canon of Scripture, and the biblical structure of the church all remain undetermined.

At just over seventy years old, Ignatius steps into this crucial moment in the life of the church by writing letters addressed to seven congregations along his route to Rome. His public ministry through these seven letters has been compared to a meteor, his brightest moment coming as he “blazes briefly through our atmosphere before dying in a shower of fire” (Apostolic Fathers, 166).

But Ignatius is much more concerned about his role as a pastor than as a martyr. As he writes, he cares more about the churches’ discipleship than his own death. He may, therefore, be better pictured like a weaver’s shuttle, carrying the thread of Christlikeness from east to west behind him as he passes through the empire, binding the churches together in the beautiful truths of the Christian life. The pattern he weaves, from the threads of his concern for the church as well as reflection on his own situation, is centered on the cross of Christ in at least five ways.

1. Branches of the Cross

First, and foundationally, the cross was central to the earthly ministry of the Lord Jesus. Ignatius presented the cross as capturing the essence of Jesus’s life in this world. This acute moment of passive obedience was the consummation of lifelong humiliation. Jesus was, from first to last, “a man of sorrows and acquainted with grief” (Isaiah 53:3).

This broad view of the sufferings Jesus endured — “in every respect” (Hebrews 4:15) — opens wide the door for Ignatius, as well as those to whom he writes, to share in the sufferings of Christ. In a stunning adaptation of Jesus’s words from John 15, Ignatius writes, “If anyone is the Father’s planting, they appear as branches of the cross.” To be branches in the vine, to have his life in us, means that we must “die into his sufferings,” not only as martyrs but in our mundane life as disciples (3.1).

Second, the cross is central to the Christian proclamation of the gospel. In the gospel announcement of “Christ for us,” the “passion has been made clear to us,” and we, in turn, must make it clear to others (6.7). Ignatius celebrates the saving power that was released at Calvary: we escape death in Christ’s death; we receive the new birth only because he died on our behalf.

Furthermore, as a community of the redeemed, the ministry life of the church is shaped by the crucifixion. Ignatius pictures the cross as a crane lifting living stones into the temple of God (1.9). It is this cross-shaped congregation that is regularly re-formed around the broken body and spilled blood at the Lord’s Table (1.20), proclaiming the Lord’s death until he comes. This is why the church must reject those who soften the weak and foolish offense of the cross. “[Be] deaf whenever anyone speaks to you apart from Jesus Christ — really born, really persecuted, really crucified, really raised” (3.9). Otherwise — if our hope is not evidently and “foolishly” different than that of this world — someone “might praise me but blaspheme my Lord” by denying that he was God in the flesh (6.5).

3. Greatest When Most Hated

Third, the cross is central to Christian discipleship. This is true for Ignatius as he is on the way to Rome to “die for [Christ] as he died for us” (4.6). His caravan has become a classroom — “I am just now learning to be a true disciple” (1.3). But Christian discipleship is deeper and wider than the spiritual gift of martyrdom. It is wider because it applies to every believer — we are all to bear “the stamp of God” rather than “the stamp of the world” (2.5). And it is deeper because the cross places a claim on the whole of our life; once we have “taken on new life through the blood of God,” our new and “righteous nature” delights to reflect the cruciform character of God in Christ. The Spirit of Christ within us enables us to imitate him rather than the world.

As he wrote to the church in Rome, “Christianity is greatest [most like Jesus] when it is hated by the world” (4.3).

Fourth, the cross is central to Ignatius’s longing to commune with Christ. One of the most striking aspects of these letters is the way Ignatius pleads with the believers in Rome not to interfere with his impending martyrdom out of misplaced concern. Reflecting the way Christ has turned life and death upside down, he writes, “do not hinder me from entering into life, and do not desire my death” (4.6). Ignatius’s journey to the Colosseum is, in a tangible way, a journey into the presence of God. “To be nearer to the sword is to be nearer to God” (4.2). Yet even on the way, communion with Christ in his sufferings has turned the chains draping his body into “spiritual pearls” carried “in Christ” (1.11).

In this, Ignatius sets himself as an example for us to imitate. We too must “stand firm, like an anvil being struck by a hammer” (7.3). We too are storm-tossed ships still on the way to the harbor. We too “lack many things so that we may not lack God” (3.5). And yet we do not lose heart because, as the persecuted church gathers together, Christ himself is present among his people. And Christ is he “than whom nothing is better” (2.6). Indeed, “nothing is better than him” (7.1). Because of his cross, we die into his sufferings. But because of his resurrection, suffering has turned into birth pangs, the grave has been turned into a womb, and death is a doorway into life full and everlasting.

Fifth, and perhaps most immediately relevant for twenty-first-century disciples who seek to follow Ignatius as he follows Christ, the cross is central to his interpretation of Scripture. Rejecting the accusation that a crucified Messiah is unknown in Israel’s Scripture, Ignatius installs the Christ of the Gospels as the “unalterable archives” out of which the wisdom of God is to be read. The lens through which the Old Testament can be rightly understood must be the person and work of Christ (5.9). For the church in the first century and the twenty-first century, Christ is known, proclaimed, worshiped, and followed as he stands forth from the Book of God, unlocked by the key of his cross and resurrection.

Christ of His Cross

In considering the example of Ignatius, we can receive encouragement from his faithful witness. The testimony of his life did not seep into the sand of the Colosseum to be lost but, spread through his seven letters, watered the church. We can rejoice in the Spirit-led process by which the canon of Scripture was not only recognized but was faithfully summarized in the creeds of the church, providing us with firm ground on which to stand.

Most of all, however, our attention must be drawn to the cross Ignatius carried across the empire, and to which he called the church. In many ways beyond those few listed here, the Christ of this cross is our hope, our joy, and our life.