On February 11, 2012, at age 61, Mike Stohlmeyer, a good friend of and mission partner with us at Desiring God, entered the joy of his master, Jesus Christ. After a 39-year battle with Crohn’s Disease, Mike’s body finally succumbed but his spirit did not. He finished well and no doubt was greeted with the words “Well done, good and faithful servant” (Matthew 25:21). 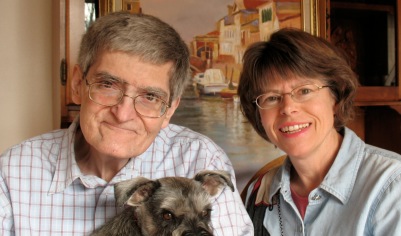 Mike lived in Ames, IA, with his beloved wife, Maureen, who beautifully and faithfully served with and cared for Mike during their 34-year marriage. Mike served as a pastor and passionate teacher of God’s word at Stonebrook Church in Ames until weakened health forced him to step down in the mid-1980’s.

But Mike didn’t waste his Crohn’s Disease. This battle drove him deeper into the Scriptures where he discovered a gracious and sovereign God who determines all things that come to pass for his glory, and the good of those he loves. And he passed on the glory he saw through devotional teaching and, as an award-winning artist, through painting, especially Midwestern landscapes.

When Pastor John heard of Mike’s passing, he wrote the following:

Michael Stohlmeyer has been a presence in our lives for a long time. First, as an encourager, because of his faith in the face of so much pain. Second, because of his gracious support for Desiring God over the years. And third because his gift as an artist has brightened our living room for years. This [below] is our favorite painting. Michael sent it to us in 2006. On the back of the frame he had written "The Heavens Declare the Glory". It was hanging over our mantle when he died February 11, 2012. Now the glory is immediate. No art and no eyes needed to see what you see. I am eager to join you. Thank you, Maureen, for being a faithful support for this remarkable man. 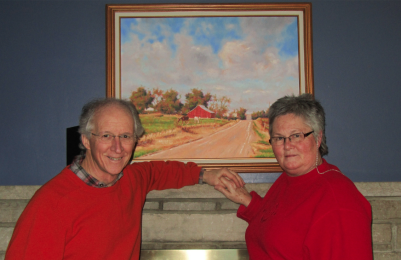 In 2007, Desiring God produced a series of “Don’t Waste Your Life” videos, including a 4-part interview with Mike, who shared his reflections on the sovereignty of God and suffering. Each section is only a few minutes long but they are powerful (see Part 2 to hear Mike’s tender tribute to Maureen) — Part 1; Part 2; Part 3; Part 4.

Thank you, Father, for the life of Mike Stohlmeyer. His life has been a powerful example and encouragement to us. He has fought the good fight, finished the race, and kept the faith (2 Timothy 4:7). Now he is free. And someday we will be too. Grant us grace to finish as well as Mike did. In Jesus’ name, amen.

Well done, Mike. You will be missed.