What Catholics Believe About the Eucharist 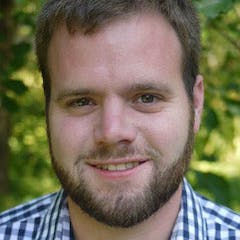 Brad Littlejohn is president of The Davenant Institute, author of The Peril and Promise of Christian Liberty, and editor of Reformation Theology.

Brad Littlejohn is president of The Davenant Institute, author of The Peril and Promise of Christian Liberty, and editor of Reformation Theology.

They escorted him to the pulpit of St. Mary’s University Church in Oxford, for one last time before his execution, to read out his recantation of his Protestant faith. Instead, the former Archbishop of Canterbury Thomas Cranmer made this ringing declaration:

As for the sacrament, I believe as I have taught in my book against the bishop of Winchester, which my book teacheth so true a doctrine of the sacrament, that it shall stand in the last day before the judgment of God, where the papistical doctrines contrary thereto shall be ashamed to show their face.

Pandemonium ensued. Cranmer was hauled down and dragged to the stake to be burnt, one of hundreds of martyrs in Queen Mary’s Counter-Reformation.

What was this “true doctrine of the sacrament” worth dying (and killing) for? What were the “papistical doctrines” that Cranmer was convinced would not stand before God’s judgment seat?

What Is in the Cup?

Well, the first and most important thing to say was that it was not chiefly a debate over the presence of Christ in the Eucharist. This is almost certain to throw some for a loop given the popular representation of the debate.

This was the straightforward meaning of the term “trans-substantiation.” By virtue of the priest’s words of consecration, the “substance” or fundamental what-ness of the bread was transformed into the substance of Christ’s body, and the wine into the blood. This meant that after the transubstantiation, neither bread nor wine remained in the elements. As Thomas Aquinas (1225–1274) wrote in his influential treatment of the issue in the Summa, “Some have held that the substance of the bread and wine remains in this sacrament after the consecration. But this opinion cannot stand.” Indeed, the Council of Trent went so far as to insist that anyone who affirmed that bread and wine remained, as Protestants consistently did, were to be condemned of heresy:

Now, obviously this did not mean the bread became actually fleshy and the wine became actually bloody — thank goodness! Aquinas wrote that divine providence has wisely chosen to hide the substance of the body and blood under the “accidents” of bread and wine, since “it is not customary, but horrible, for men to eat human flesh” and the sacrament “might be derided by unbelievers if we were to eat our Lord under his own species.”

So what is this distinction of substance and accidents? To put it in layman’s terms, the “accidents” are all of the outward qualities of a thing, the ways in which it manifests itself to us. These can usually undergo a certain degree of change without the thing itself ceasing to be what it is (for example, the bread may become stale or moldy and still be, for a time at least, bread).

The “substance” is, as I called it above, the “fundamental what-ness,” that which essentially makes the thing what it is and which persists through changes. This distinction derives from Aristotle (384–322 B.C.), but we would be mistaken in thinking (as Protestants have often wrongly charged Catholics) that the doctrine of transubstantiation relied on Aristotelian philosophy — that it was, perhaps, an example of the unhealthy intrusion of philosophy into theology.

On the contrary, transubstantiation clearly inverts the Aristotelian categories that it draws on. For Aristotle, it made perfect sense to speak of a substance remaining the same while the accidents changed (within certain limits, at least), but no sense at all to speak of a substance changing while the accidents remained the same — as transubstantiation asserted.

Substance and accidents for Aristotle were not two separable variables, but two components of a thing that always went together. Indeed, it was precisely by observing the accidents of a thing that we formed our initial determination of what kind of substance it was. Aquinas, at least, was well aware of his departure from Aristotle at this point, and insisted that the transformation in question was “entirely supernatural, and effected by God’s power alone.”

Whatever else we might think about transubstantiation, we should not fall prey to the claim that this is what you have to believe if you want to take Christ’s presence in the Eucharist seriously.

Second, it is important for us to note that, contrary to many modern accounts, it was the Catholics, not the Protestants, who preached a parting of nature and grace, faith and reason — at least on this key issue. It has become common today to assert that in the Reformation period, Roman Catholics insisted on the necessity of a reasonable faith (a collaboration between philosophy and theology), while Protestants camped out on the mere literal words of Scripture. Similarly, it is asserted that Catholics taught the “sacramentality of the world,” asserting that mere material creatures served as vehicles and vessels of God’s grace, while the Reformers drove a wedge between the material and the spiritual.

On the contrary, the Reformers steadfastly preached that the humble creatures of bread and wine could become instruments of God’s grace to us, while still remaining what they were. They did not first need to be turned into something else entirely. On this point, at least, they were more faithful adherents of Aquinas’s principle, “grace does not destroy nature, but perfects it” than Aquinas himself.

Therefore, Protestants resisted the idea that reason must be simply checked at the door when it came to theological questions. Even if Luther sometimes spoke this way, his successors patiently explained the philosophical contradictions in the Catholic position, arguing that while faith sometimes transcends reason, there is no reason to fly in the face of common sense unless Scripture clearly requires it. The Reformed particularly argued that it was irresponsible to try to take the eucharistic words of institution in isolation from other Scriptures which teach that we receive the body and blood of Christ through the inward organ of faith, not the outward organ of the mouth.

We have plenty of doctrines that do transcend our understanding, but we should not hastily take refuge in “mystery” when Scripture does not actually require a seemingly-irrational belief.

Why did all this matter so deeply in the sixteenth century — and still matters today? The doctrine of transubstantiation, the Reformers charged, undermined the purpose of the sacrament as an actual meeting place between God and his people. When combined with the Catholic doctrine of eucharistic sacrifice (that Christ is, in a sense, re-sacrificed again and again every mass), it became something that took place outside of us.

Indeed, the vast majority of masses on the eve of the Reformation were celebrated privately, with no one but the consecrating priest present. When ordinary believers did partake, they received the bread only and not the wine. Most of the time, they only engaged the eucharistic elements by adoring them and praying before them, where they were reserved in special boxes in the churches or paraded through the streets once a year at the Feast of Corpus Christi.

Against this emphasis, the reformers, and especially the Reformed, insisted on the reception, not the consecration as the key thing, since the central purpose of the sacraments was to unite us to Christ. Calvin famously declared, “As long as Christ remains outside of us and separated from us, whatever he has suffered and done for the salvation of the human race remains useless and of no value for us.” It was simply no use at all to have bread and wine turned into the body and blood of Christ, sitting on an altar, uneaten and undrunk.

Indeed, as Italian Reformer Peter Martyr Vermigli pointed out, no one made such silly claims for other sacraments, “where everything consists in action. When that is done there is no longer a sacrament.” The act of baptizing was a sacrament, but the baptismal water did not remain a sacrament afterward in the way that, on the Catholic understanding, the bread and wine did. In short, the reformers granted, with their Catholic opponents, that Christ is objectively offered in the sacrament, but this is not the priest’s offering himself up for us, but Christ’s offering himself to us.

Ultimately, then, the debate over transubstantiation is another battleground of the Reformation’s great war against the belief that Jesus works through the church outside of us, another place where we must contend for the Bible’s glorious teaching of Jesus at work within us.

Although Vatican II (1962–1965) has reformed Catholic eucharistic theology and practice in ways responsive to many of the Reformation’s concerns, the Catholic Church still officially holds to Trent and its decrees of “anathema” against anyone who would deny transubstantiation.

Of course, you’re likely to find that many ordinary Roman Catholics, if they hold the doctrine at all, do so in a rather fuzzy way, and might actually be closer to the reformers’ doctrine. And they are likely to think of Protestants as rejecting any kind of meaningful presence of Christ in the sacrament. It’s important for us to be historically aware so we can point out these confusions, and challenge our Catholic friends and family to consider their own beliefs more carefully. We can show them that nowhere in the Bible are we called to embrace such an irrational doctrine as transubstantiation. To the extent that Catholics want to hold to it, they hold to human doctrine.