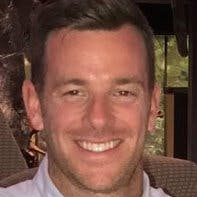 June 15, 1520. Almost three years have passed since Martin Luther posted his ninety-five theses to the church door in Wittenberg. The flame that his seemingly innocuous act sparked has continued to grow stronger. Pope Leo X is at his wits’ end. On this day, the pope releases his papal encyclical Exsurge Domine. Like a dog attacking a flea that won’t allow him to rest in peace, Leo X lashes out at Luther and his cohort with abandon:

Arise, O Lord, and judge your own cause. Remember your reproaches to those who are filled with foolishness all through the day. Listen to our prayers, for foxes have arisen seeking to destroy the vineyard whose winepress you alone have trod. . . . The wild boar from the forest seeks to destroy it and every wild beast feeds upon it. . . . Their tongues are fire, a restless evil, full of deadly poison. They have bitter zeal, contention in their hearts, and boast and lie against the truth.

That was a long time ago. Five hundred years have now passed since Leo X penned his vehement encyclical. Today, a much different tone seems to characterize the Holy See.

“What has changed in the Roman Catholic Church over the last 500 years? Everything, and yet nothing at all.”

A recent speech by Pope Francis to representatives of the Church of Scotland underscores this change in spirit. Speaking on the 500th anniversary of the Protestant Reformation, Francis reflected,

Let us thank the Lord for the great gift of being able to live this year in true fraternity, no longer as adversaries, after long centuries of estrangement and conflict. . . . For so long we regarded one another from afar, all too humanly, harboring suspicion, dwelling on differences and errors, and with hearts intent on recrimination for past wrongs. In the spirit of the gospel, we are now pursuing the path of humble charity that leads to overcoming division and healing wounds.

What can be said of this stark change in attitude? What exactly has transpired within the Roman Catholic Church (RCC) over the past 500 years that has produced such different dispositions? The short answer is: everything has changed, and yet nothing at all. The slightly longer answer, much like the shorter one, is convoluted and contradictory. But it deserves attention.

Two key councils of the RCC bookend the discussion at hand and serve as crucial pillars to understanding the change that has taken place: the Council of Trent (1545–63) and the Second Vatican Council (1962–65). A careful examination of these assemblies sheds light on the reason for the RCC’s change in tone and posture over the last five centuries.

The Council of Trent was the RCC’s response to the Protestant Reformation. It took place in three phases between 1545 and 1563. Although Pope Leo X’s encyclical predated the council by more than twenty-five years, Trent mirrored his statements. The task at hand was clear: “In order to fight Protestant ideas, Catholics had to state just what the church believed” (The General Councils, 105). And that they did. Four main areas were thoroughly addressed at Trent: the authority of Scripture and tradition, the role of bishops, doctrines and sacraments, and reforms. The doctrines that emerged summarily condemned the key tenets of the Reformation.

“The chameleon effect allows the RCC to claim the Reformation is over while still endorsing the anathemas of Trent.”

The longevity of Trent attests to the council’s clarity and finality. More than three centuries would pass before the RCC convened again for Vatican I in 1869 — the longest span between councils in church history. Without doubt, Trent left an indelible mark on the RCC.

But times change, and with those changes come new cultural and societal challenges that must be faced. Nowhere is this truer than in the church, whose constant task it is to faithfully and relevantly proclaim the gospel at all times, in all places, and to all peoples.

Four hundred years after the closure of Trent, the RCC found itself facing deep challenges, and feeling inept to confront them. The RCC felt the need to change in order to have a relevant voice. It needed an aggiornamento, an update or revision. In October of 1962, therefore, interim Pope John XXIII convened the Second Vatican Council. Vatican II would be the catalyst for the aggiornamento sought by the RCC, and its effects on Roman Catholicism would be thorough and transformative. Change would indeed come, but at what cost?

A little more than fifty years have passed now since the closure of Vatican II in 1965. Reflecting on what has transpired in the RCC over the past half century could leave any observer baffled. This is because during Vatican II a fierce power struggle raged between conservatives and progressives. Throughout the council, both sides exhibited great endurance and refused to concede ground to the other. In the end, no clear victor emerged, and the council was forced to endorse opinions that — according to a Protestant analysis — opposed, contradicted, and excluded one another. John Stott rightly remarked, “To many observers the whole church seems to be in unprecedented disarray” (quoted in Revolution in Rome, 8). Yet it was at Vatican II that the RCC fully displayed its uncanny ability to maintain tensions while still advancing its agenda.

“Pope Francis crafts speeches that offend no one and protect him from theological conflict.”

The Second Vatican Council is unique among all church councils in two primary ways. First, it was the result of neither external persecution nor internal heresy. Second, as David Wells writes, “for the first time in conciliar history, the documents which Vatican II developed officially embraced mutually incompatible theologies” (Revolution in Rome, 26). As a result, many of the binding documents that emerged from Vatican II speak with two distinct and conflicting voices — one conservative and one progressive. “They reflect, in a fascinating and perhaps tragic way, the divided mind of modern Roman Catholicism” (Revolution in Rome, 26).

A chameleon adapts to any number of environments by changing its color and blending in. In a similar way, Vatican II has produced this chameleon effect for the RCC. Because its dogmas and doctrine officially represent two opposing views, it is able to adapt to any number of theological environments in which it might find itself, endorsing whatever view necessary and thus effectively blending in with its context. It can be evangelical if it needs to be evangelical. It can speak the language of charismatics should the need arise. It is also at perfect ease with liberals. Even Islam is not off-limits, as the language of Vatican II clarifies: “Muslims . . . [profess] to hold the faith of Abraham, [and] along with us adore the one and merciful God.” There seems to be no environment to which it cannot adapt.

Pope Francis’s statement to the Church of Scotland is a perfect demonstration of this. Pope Francis crafts speeches that offend no one and protect him from theological conflict. The problem is that the unity he speaks of is not based on the biblical gospel, but is instead a concept he attempts to assimilate on a global level and without clear boundaries. The result is a cheap and convoluted Christianity, of which J.C. Ryle warned, “There is a common, worldly kind of Christianity in this day, which many have, and think they have enough — a cheap Christianity which offends nobody, and is worth nothing” (Holiness, 125).

This confused Christianity that does not submit fully to the authority of God’s word, and that is not centered on the gospel of justification through faith alone, is the result of the chameleon effect. According to Vatican II, everything has changed, but at the same time the Council of Trent and all other church councils are still fully affirmed — so nothing at all has changed.

“The RCC is plagued by both-and. Both Scripture and tradition. Both Jesus and Mary. Both grace and works.”

So again, when asking the question, “What has changed in the past 500 years in the RCC?” the answer is: everything and nothing. The RCC is plagued by et et — both-and. Both conservative and progressive. Both Scripture and tradition. Both Jesus and Mary. Both grace and works. These notions often contradict one another, and at the same time permit the RCC to adapt to any number of environments. They allow the church to change without ever really changing at all. They allow it to claim that the Reformation is over while still officially endorsing the anathemas of Trent. Both-and — et et.

The biblical gospel, however, does not permit this chameleon effect. Its message requires clarity and consistency. Its borders must be well-defined, and they cannot be crossed without changing its identity. The RCC must once again establish these boundaries, or else its identity will continue to be blurred and confused, and the gospel will continue to lose its power to save among them.