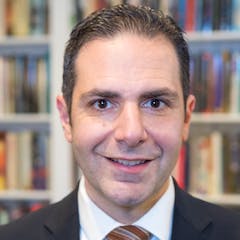 Chris Castaldo (PhD, London School of Theology) serves as lead pastor of New Covenant Church in Naperville, Illinois. He is the author of Talking with Catholics about the Gospel and co-author of the recently released The Unfinished Reformation: What Unites and Divides Catholics and Protestants After 500 Years. Chris blogs at www.chriscastaldo.com.

The Phoenix of Florence

Chris Castaldo (PhD, London School of Theology) serves as lead pastor of New Covenant Church in Naperville, Illinois. He is the author of Talking with Catholics about the Gospel and co-author of the recently released The Unfinished Reformation: What Unites and Divides Catholics and Protestants After 500 Years. Chris blogs at www.chriscastaldo.com.

The Phoenix of Florence

“I will build my church,” Jesus declared (Matthew 16:18). And what a magnificent and agonizing process has unfolded for two millennia. Essential to this work is the formation of living stones — men and women drawn from the quarry of sin, whose lives now testify to gospel grace.

But how does Christ construct his church? One answer is suggested inside the dome of St. Peter’s Basilica in Rome, in letters six feet tall, where Christ’s promise is written in Latin: “Thou art Peter, and upon this rock I will build my church . . .” Illumined by encircling windows, these words sit as a crown atop the crypt of the apostle himself, who is hidden far beneath the high altar, a reminder of the authority given to Peter’s heir who sits upon the papal throne.

Martin Luther was not the first to question papal authority, but his argument was especially incisive. When Luther’s ideas began to congeal in 1520, he articulated his concerns in a seminal work: To the Christian Nobility. This treatise was occasioned by attacks from the pope’s theologian, Sylvester Prierias, who asserted papal absolutism with such bravado that Luther called it a “hellish manifesto.” Convinced of Scripture’s supreme authority, and believing German nobility to be sympathetic to his position, Luther, in light of historical precedent, urged nobles to embrace the responsibility of church reform.

Luther’s treatise laid an ax at the Roman institution — the social, political, legal, and religious conventions that undergirded Western Christendom. Of central concern was the papal claim (championed by Prierias) that only the pope can reliably interpret Scripture and speak without error. Luther viewed such traditions as religious accretions that threatened the church’s integrity if not eradicated.

Looking back, we sometimes wonder how the accumulation of Roman tradition developed from the Galilean’s fishing boat to Luther’s day; that is, from the day of Pentecost to the sixteenth century. While the story is protracted and complex, the following overview will attempt to offer some perspective, giving particular attention to the development of ecclesial authority in the papal office.

Our story begins with a reminder from Lord Acton who suggested the best way to ensure the cogency of one’s position is to make the best possible argument for those we believe are wrong. While the following narrative is not an argument per se, it is intended to demonstrate that the misguided trajectory of papal authority developed rather naturally in the scope and sequence of Western history, a development that cautions followers of Christ in every age.

Catholic historians typically acknowledge that there is no straight line from the current pope to the apostle Peter. In the words of Eamon Duffy, “There is, therefore, nothing directly approaching a papal theory in the pages of the New Testament,” and from all indications, “there was no single bishop of Rome for almost a century after the deaths of the apostles.”

It was around 150 AD when the loose pattern of presbyterial authority began to give way to a single Roman bishop, an office that eventually developed into a monarchical position under Bishop Victor (189–198) and to a greater extent under Bishop Stephen I (254–257) who claimed some of the powers and honors attributed to the apostle Peter. Stephen’s invocation of Matthew 16 was the first instance of a bishop of Rome attempting to elevate himself over other bishops with an authority that was qualitatively superior.

The conversion of Constantine, and his subsequent investment in church institutions, placed Roman bishops at the center of imperial life. They soon became affluent and politically engaged potentates, acquiring the urbane trappings of aristocracy. The bishop’s political influence increased when Constantine transferred the capital of the empire to Constantinople in 330, a move that left Rome’s bishop as the single most important individual in the city. But which of these bishops should be considered the first pope?

Most historians look to Leo I, who occupied the episcopal throne in Rome from 440 to 461. A spiritual leader and capable administrator, Leo famously persuaded Attila the Hun to leave the city of Rome alone, one of many acts to earn him the title “Great.” He was fond of being called “Papa” (father), from which the word pope is derived, a title that was typically used of bishops, but came to be confined to the bishop of Rome by the sixth century. Leo, who understood himself to be a channel of Peter’s apostolic authority, insisted that appeals to church courts be brought to him. As “pontifex maximus” (the chief priest of a city), his decisions were to be heard as final.

Development of the Papal Office

With the collapse of Roman government in the West, and the influx of Germanic tribes during the fifth century, it was natural for the pope to serve as the principal ruler of Rome. He was increasingly called upon to promote justice, defense, and provisions during famine — functions that one might call “secular.” Meanwhile, Christian rulers continued to grant estates and build large churches. The accumulation of these assets by the church was a natural function of the power vacuum left by the Roman Empire, but it required church leaders to manage large amounts of land and wealth, and practice the unsavory power brokering that went with them.

It was at this time when the theological self-understanding of the papacy took another significant step. Gelasius I (492–496) moved beyond Leo’s claim to jurisdiction above other bishops by asserting that the pope’s power was superior to kings. This distinction between papal power and temporal authority would prove significant in coming centuries when pope and emperor faced off over the question of who rightfully led Christendom. According to Gelasius, since popes would have to give an account to God for kings, their sacred power surpassed the imperial authority of any emperor or temporal ruler.

A host of significant persons and events belong to the years that follow: the legacy of Gregory I (540–604), especially his missiological theory; Pepin the Short’s donation of territory surrounding Rome in what would become the Papal States (756); the so-called Donation of Constantine; the iconic coronation of Charlemagne by Leo III on Christmas Day (800); the intervention of Henry III when there were three different claimants to the papal throne (1046); the reforms of Pope Leo IX (1049–1054), which prohibited priests from marriage, and his mobilization of the College of Cardinals; opposition to “lay investiture” — the practice of secular rulers choosing bishops and investing them with the symbols of their authority; the Crusades (starting in 1095); and Gratian’s compilation of canon law (c. 1140). Varied as this brief sampling is, each event in some way contributed to the medieval papacy’s consolidated power and its complex relationship to emerging nation states.

The pontificate of Innocent III (1198–1216) is rightly seen as the height of papal power and prerogative. It was Innocent who saw himself as operating above man and below God, and specifically “believed that God had given the successor of Peter the task of ‘ruling the whole world’ as well as the church.” Identifying himself as the “Vicar of Christ,” he claimed to have supreme power on earth and considered the authority of nation-states as deriving from his own. In 1215, he called the Fourth Lateran Council, which established the dogma of transubstantiation, among other doctrinal and pastoral reforms.

While papal power reached its zenith under Innocent III, it would soon begin to wane. A growing tension between the papacy and nation-states eventually led to a conflict between Bonifice VIII (1294–1303) and the ruler of France, Philip the Fair. In a contest of powers that brings to mind Brussels’ Manneken Pis, Philip eventually emerged victorious. Having been bested, Boniface then issued the papal bull known as Unam Sanctam, where he claimed that “it is altogether necessary to salvation for every human creature to be subject to the Roman Pontiff.” Boniface, however, could not support his claims with military force. Philip, therefore, made him a prisoner, a harbinger of what would come of the papacy in just a few short years.

When the newly elected pope, Clement V, was prevented from returning to Rome by the King of France in 1305, he eventually moved his papal court to Avignon. This began the so-called Babylonian Captivity of the Papacy, a period from 1309 to 1376, when seven successive popes lived in exile from Rome, just a stone’s throw from the French border. When Pope Gregory XI finally returned to Rome in 1377 and died there, the mostly French college of cardinals gathered in conclave amid angry crowds who demanded an Italian pope. The masses got their way in Urban VI, but the cardinals quickly felt buyer’s remorse and elected a French pope instead (claiming to have made their initial decision under duress). There were now two claimants to the papal throne.

The Great Western Schism lasted forty years. Nations assembled in support of one pope or the other, more or less on the basis of their relations with France. The Council of Pisa was called in 1408 and tried to settle the matter by calling a new pope, which they did in John XIII. This, however, only compounded the problem, for now there were three papal claimants. It took the Council of Constance in 1414 to clear the logjam by deposing all three popes before electing a new one in 1417, Martin V. As a way of subduing papal power, Constance also decreed to maintain a general council as the supreme ruling body of the church. But subsequent popes overturned this resolution and returned the papal office to its position of supremacy.

Our story ends just before the dawn of the Reformation, at the Fifth Lateran Council (1512–1517), where Pope Julius II dressed like a Roman emperor, donning a sword and yellow cape, abrogated the superiority of councils in favor of papal power. But ironically, it was in this very context where Giles of Viterbo asserted, “Men must be changed by religion, not religion by men.”

Having started with Lord Acton, let’s conclude with his most famous words, “Power tends to corrupt, and absolute power corrupts absolutely.” What’s often forgotten, however, is that Acton actually was speaking about papal absolutism, a concern that has motivated Christian reformers throughout the centuries.

But this danger is not unique to those who wear the papal ring or are inclined to kiss it. Deep down, the trajectory of every sinful heart is to be like Pope Julius II, flaunting our splendid yellow capes and looking for a throne on which to sit. But there is only one Lord who sits upon the throne, the Lamb to whom we give praise and honor and glory forever and ever.