Learning from a Black Hockey Star 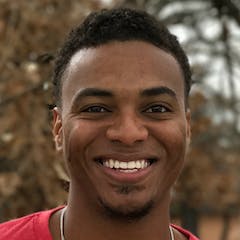 Timothy Thomas is a full-time public school teacher and coach, and a part-time blogger and writer. He lives in Fort Worth, Texas and attends the Village Church in Southlake. He and his wife, Angela, are devoted to encouraging, informing, and challenging Christians to engage the culture with a gospel-centered focus.

Timothy Thomas is a full-time public school teacher and coach, and a part-time blogger and writer. He lives in Fort Worth, Texas and attends the Village Church in Southlake. He and his wife, Angela, are devoted to encouraging, informing, and challenging Christians to engage the culture with a gospel-centered focus.

In the fifth minute of the second overtime, in the second round of the playoffs, Montreal Canadiens’ defenseman P.K. Subban scored the game-winning goal over his team’s longtime rival, the Boston Bruins. It was a rare moment that shook two major hockey towns, and it’s a game we’re still talking about more than three years later.

But it was not Subban’s skill on the ice that garnered the most attention, but the ensuing racist comments from frustrated fans in Boston.

Two years later, much to the surprise of Canadiens players and fans, and Subban himself, he was traded to the Nashville Predators. The Canadiens front office refused to provide the reason why Subban was traded. Speculation continues to be that his race was inconvenient for professional hockey and some of its fans.

In a world of individualism and race-baiting, we’re all tempted to be drawn into society’s narrative and quickly defend ourselves. P.K., however, refused to succumb to the allure. When asked about the racist comments, he responded,

When asked about his ominous trade to the Nashville Predators, he said, with remarkable benefit-of-the-doubt, “I’ve always felt wanted by the fans and the community there. . . . I just wanted to come in and do my job.”

And when discussing his race on ESPN’s E:60, he essentially said that his race was not of first importance. He wants to be known as a good hockey player — for what he does on the ice, not the color of his skin. He does not ignore his race, nor expect anyone else to. But even though his ethnicity is important to his identity, it is secondary to his mission. P.K. shares his father’s resolution: “We will not allow race to get in the way of achieving our potential or going where we want to go.” The mission matters most.

Subban, as he articulates it, is clearly dialed in as a hockey player. Despite being a part of the small minority of black NHL players (around 5%), he does not want off-ice distractions to sideline his on-ice focus. And currently, he is competing on hockey’s biggest stage, the Stanley Cup Finals. He is following a predetermined narrative, even as his story takes an unexpected or unwanted turn.

P.K. Subban’s undistracted focus can serve as a sobering illustration for Christians. We also are part of a predetermined narrative, and ours is infinitely more epic than hockey. Mark that: infinitely. God created us to glorify him by enjoying him and reflecting him to others so that they too might be drawn to him as their source of true life (Matthew 5:16).

And like P.K., we are minorities on our mission. Increasingly, we do not look and sound like our society, and on every side, we are tempted to drift off course to satisfy the expectations of others. We are surrounded by voices obsessed with individualism and building personal kingdoms. Christians, however, sacrifice and do things that seem extreme. We freely give up more than the world expects. We risk comfort in friendships when we share the gospel message.

But still, Christians are often tempted to mimic the culture and abandon our mission for secondary things. When the growth of our little Christian empires — college and high school, marriage and singles, men and women, youth and small group ministries — become our ultimate goal, we compromise the mission. We exchange the truth about God for perceived success. We exchange prophetic witness for cultural approval. Seeking relevance over faithfulness to God and his word robs our mission of its power.

Faithfulness to God and his word compels us to move forward in our mission to proclaim the excellencies of God and call people to faith in Jesus (1 Peter 2:9). Times come when we must address offenses and scandals, both in the church and in the world. But such does not distract from a life of serving God — it is a function of it, speaking the truth in love (Ephesians 4:15). The hope in view is repentance to, faith in, and worship of Jesus.

What we can admire in, and learn from, P.K. is the value of “doing our job” and keeping our priorities fixed on what’s most important, rather than “what people may say.” The apostle Paul testified to a kind of missional tunnel-vision, an aim determined only by the God who held his soul (Acts 20:24; Philippians 2:16; 3:14; 2 Timothy 4:7). We also must remain aware of the temptation to follow a life script determined by society, rather than Scripture.

Whether mocked or praised, whether introducing one or one hundred people to Jesus, let’s continue worshiping and drawing others in. It is our mission. And it may cost us everything. But both now and in eternity, the prize is the same invaluable reward: to know and enjoy God forever.