How Predestination Changed My Suffering 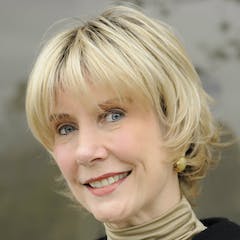 Ten Words That Changed Everything About My Suffering

When My Quadriplegia Ends

Broken to Comfort the Broken

My Suffering Has Not Defined Me

Ten Words That Changed Everything About My Suffering

When My Quadriplegia Ends

Broken to Comfort the Broken

My Suffering Has Not Defined Me

“Your broken neck is no accident, Joni. God has an amazing plan for your life.”

Christian friends said something like this often when they came to visit me in the hospital after my diving accident. They longed to encourage their paralyzed friend, and they succeeded. To a point. Having been raised in the Reformed Episcopal church, God’s sovereignty was not a strange concept. But now, it raised sticky questions.

I kept pushing the replay button on my dive off the raft, trying to imagine what was happening in the heavenlies. Did God take a hands-off approach and allow me to do something stupid of my own free will? Or did Satan go before God with the playbook he used with Job, asking for permission to shove me off the raft? Was God reluctant? Did the devil then twist his arm until God cried uncle? Or maybe God himself pushed me off the raft as he held back protecting angels.

“God’s sovereignty sets the stage for glorifying his Son, the Lord Jesus.”

The sovereignty of God felt scary. If he does foreordain all things to come to pass — not just my salvation, but my catastrophic accident — what in heaven’s name could be his good intention for quadriplegia? Then again, if his sovereignty was of the Arminian brand, meaning that he had general plans for the world, but not specific ones, did I simply get the wrong toss of the dice? I didn’t know which view frightened me more.

Looking back, I’m amazed that a broken, depressed teenager would mull over such lofty things, but then again, we are all theologians. And I knew that not only my happiness but my faith rested on the outcome. So, after I left the hospital to live on our Maryland farm, I stayed connected with friends who seemed to know more than I did.

Our farmhouse became a gathering place for young people who brought pizza, guitars, and Bibles. They brought questions too. The tragedy of my accident was inspiring others to dig deeper into these mysteries. Around our farm table, we discussed everything from Calvinism to dispensationalism, and although I leaned toward my Calvinist roots, I was terribly conflicted.

One night, a high schooler from a local Reformed Presbyterian church gave me a blue hardback book with gold lettering that read, The Reformed Doctrine of Predestination. “My pastor is a fan of Dr. Loraine Boettner,” he said. “Maybe it’ll help.”

The next day I parked my wheelchair in front of a music stand that held the book with the intriguing title. My sister inserted a long dowel with an eraser tip end into my mouth. Clenching it, I was able to flip pages. She also placed a cassette recorder next to me so I could push the “record” and “pause” buttons with the same mouth stick — it was the most efficient way I could take notes.

Out of the chute, Boettner explained that the reason so many people are quick to reject the doctrine of predestination is because of “pure ignorance of what the doctrine really is and what the Bible teaches in regard to it” (5). He was talking to me. Soon I found myself asking, Let me get this straight: when I made plans to go to the beach that day, God wasn’t looking the other way, interested in the lives of more obedient Christians? Boettner pointed to Proverbs 16:9: “The heart of man plans his way, but the Lord establishes his steps.”

When my steps positioned me on the edge of the raft, I was convinced the water was deep enough for a dive. How was I to know the sand bar had shifted? Boettner pointed to God’s control over nature in Amos 4:7–10, where the Lord declares, “I would send rain on one city, and send no rain on another city.” Then he pointed to Mark 4:36–41, where Jesus rebukes the wind and says to the waves, “Peace! Be still!” According to these Scriptures and others, God’s hand governed even grains of sand, as well as the currents that had shifted every granule in the water.

Then Dr. Boettner led me to biblical evidence that the sovereignty of God involved more than my election to salvation; it arched over every event in history and in nature. And to what end? I found a seemingly implausible answer in Psalm 115:3: “Our God is in the heavens; he does all that he pleases.” But my life is ruined. How can quadriplegia possibly please him?

“God permits what he hates to achieve what he loves.”

Boettner had an answer for that too: “Both Scripture and everyday experience teach us that God gives to some what he withholds from others. If it be asked why he does this . . . the only available answer is found in the words of the Lord Jesus, ‘Yea, Father, for so it was well pleasing in thy sight’ (Luke 10:21)” (36).

I was the classic case of the thing formed saying to him who formed it, “Why have you made me like this?” (Romans 9:20). It led me to Boettner’s chapter on God’s providence, which described how sovereignty involves more than God’s power to do whatever he desires; it also expresses itself in purposeful action that is always personal, wise, and good. It’s what makes the events that God foreordains “pleasing in his sight” (Hebrews 13:21).

Living for His Reputation

With this, I could do nothing but yield to Romans 9:20–21, praying with all my heart, “O Lord, you are the Potter; I am the clay. And if I must stay in this wheelchair, make me a vessel of honor; teach me how to be pleasing in your sight.”

With that prayer, God gave renewed energy to dive back into The Reformed Doctrine of Predestination. The more I read, the more I saw a common thread throughout the book: God’s sovereignty sets the stage for glorifying his Son, the Lord Jesus. I could bank on God’s providence as being personal, wise, and good in my life because Jesus purchased the plan with his blood. It wasn’t a willy-nilly plan, for if Jesus loved me enough to die for me — while I cared less about him — then whatever my Savior did was worthy of my trust.

From then on, whenever I pushed the replay button on my dive, imagining the scene in the heavenlies, I would hear God say, “For my own sake, for my own sake, I do it” (Isaiah 48:10–11). God was and is still testing me in his furnace of affliction so that his glory can be put on display through my yielded life.

God makes himself look glorious whenever I trust him with my disappointments. Far from tarnishing his good name, my smile in my wheelchair turns up the wattage on his glory for others to see. I get to make God look good?! God delights in staking his reputation on the way I respond?! The cosmic stakes can’t get any higher. Jesus is worth it.

By the time I finished reading The Reformed Doctrine of Predestination, I became a fan of Loraine Boettner and his hero, John Calvin. Better yet, the doctrine of God’s sovereignty became a source of inexhaustible comfort. For I could ask, “Was my diving accident God’s fault?” and be assured that although he is sovereign, God is not to be blamed — after all, he allows all sorts of awful things he doesn’t approve of (Lamentations 3:32–33).

“The death and resurrection of Jesus Christ proves God’s sovereign and glorious intentions.”

I could also ask, “Was my diving accident a personal assault from the devil?” Possibly, for God often allows the devil to do what he would never do himself (Job 1:12). Or I might ask, “Was my accident simply a consequence of living in a fallen world?” Possibly so, for we know that all creation has been subjected to futility (Romans 8:20–21). But whatever scenario played out that day in the heavenlies does not ultimately matter. I know I’m safe because God’s wise and good decrees were overarching.

If I were to sum up Boettner’s book, I would do so like this: the death and resurrection of Jesus Christ proves God’s sovereign and glorious intentions. That alone inspires me to do all I can to be pleasing in his sight (Colossians 3:17). And so, I pass on the message that God permits what he hates to achieve what he loves — Christ in us, the hope of glory (Colossians 1:27).