Charles Spurgeon (1834–1892) once described a remarkable experience he had while preaching:

He suddenly broke off from his [sermon] subject, and pointing in a certain direction, said, “Young man, those gloves you are wearing have not been paid for: you have stolen them from your employer.” At the close of the service, a young man, looking very pale and greatly agitated, came to the room which was used as a vestry, and begged for a private interview with Spurgeon. On being admitted, he placed a pair of gloves upon the table, and tearfully said, “It’s the first time I have robbed my master, and I will never do it again. You won’t expose me, sir, will you? It would kill my mother if she heard that I had become a thief.” (Spurgeon, 60)

What do you call Spurgeon’s experience? Is there anything we can compare it with in the New Testament? How about this: “If all prophesy, and an unbeliever or outsider enters, he is convicted by all, he is called to account by all, the secrets of his heart are disclosed, and so, falling on his face, he will worship God and declare that God is really among you” (1 Corinthians 14:24–25)?

This article is the second in a series of four articles on the gift of prophecy in the New Testament. In the series, Jon Bloom will explore both of the major positions, look at examples in the church today, and answer some frequently asked questions.

According to the apostle Paul’s description, I would argue that what Spurgeon experienced is a good example of the New Testament spiritual gift of prophecy. And it wasn’t an isolated experience for the Prince of Preachers.

I could tell as many as a dozen similar cases in which I pointed at somebody in the hall without having the slightest knowledge of the person, or any idea that what I said was right, except that I believed I was moved by the Spirit to say it; and so striking has been my description, that the persons have gone away, and said to their friends, “Come, see a man that told me all things that ever I did; beyond a doubt, he must have been sent of God to my soul, or else he could not have described me so exactly.” (Grudem, 357)

Prophecy by Any Other Name

Now, Spurgeon didn’t call these revelatory experiences “prophecies,” because as a cessationist, he reserved that term for Holy Spirit-inspired, authoritative, infallible, Scripture-equivalent revelation — the kind of revelation all evangelicals agree ceased at the close of the apostolic age. Spurgeon called his experiences “impressions of the Holy Spirit”:

There are occasionally impressions of the Holy Spirit which guide men where no other guidance could have answered the end. . . . I have been the subject of such impressions myself and have seen very singular results therefrom. (Spurgeon, “A Well-Ordered Life,” 368)

I daresay he did. But, though I blush to offer him correction, I believe Charles Spurgeon indeed prophesied in these instances. I believe this because of how Paul speaks of the spiritual gift of prophecy, particularly in 1 Corinthians 14 — the chapter in the New Testament that provides the clearest apostolic instructions on the use and evaluation of prophecy.

Cessationists assert that in the New Testament, “the gift of prophecy consisted of the authoritative and infallible reporting of revealed messages from God,” and that continuationists simply “use New Testament terminology to describe . . . spiritual experiences [that] do not match what was actually happening in the first-century church.” 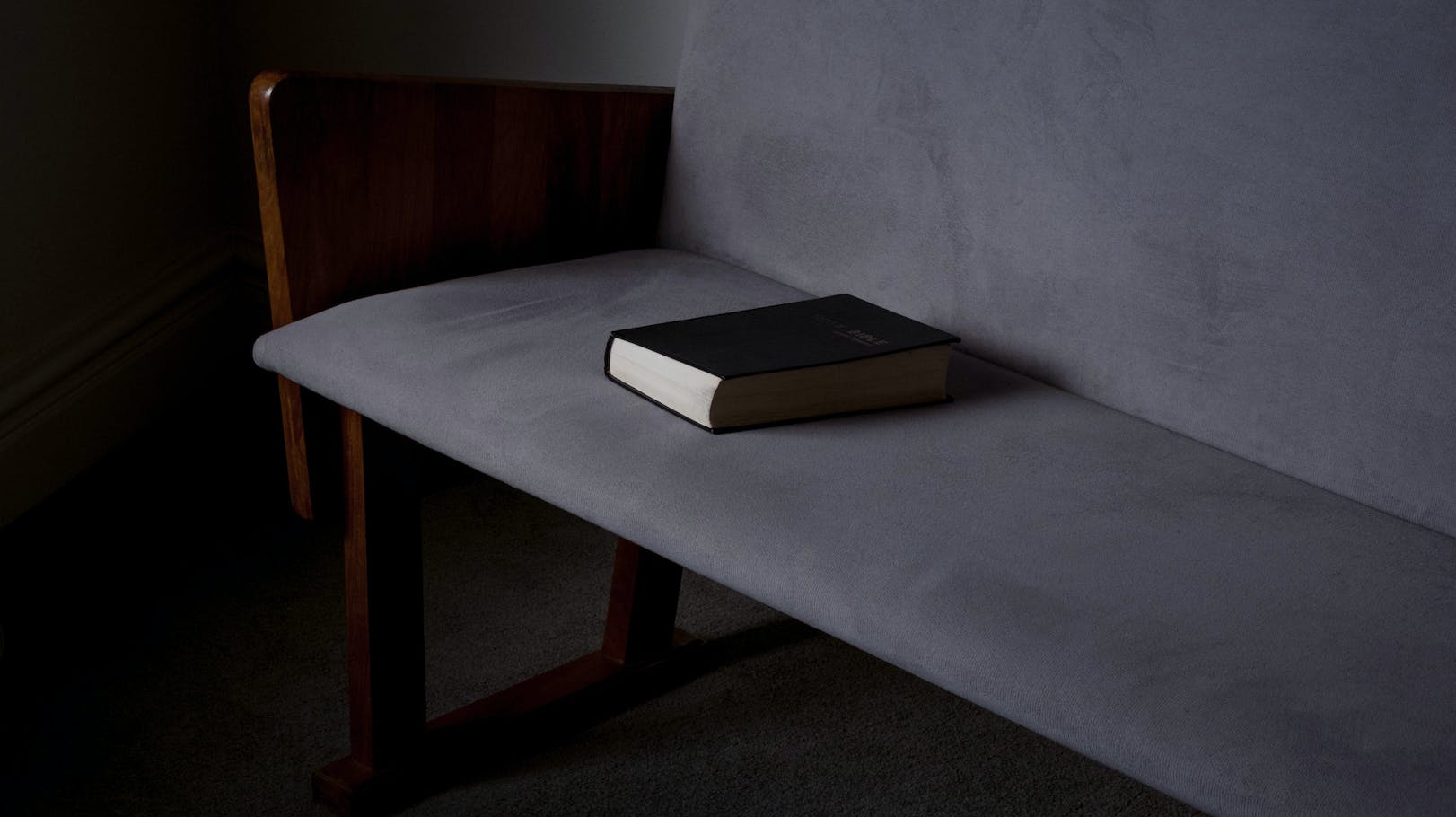 What Do Cessationists Believe About Prophecy?

When Paul presupposes in 1 Corinthians 14:30 that the gift of prophecy depends on revelation, we are not limited to a form of authoritative revelation that threatens the finality of the canon. To argue in such a way is to confuse the terminology of Protestant systematic theology with the terminology of the Scripture writers. The prophecy Paul has in mind is revelatory and Spirit-prompted [but] . . . none of this means it is necessarily authoritative, infallible, or canon-threatening. (Showing the Spirit, Kindle Locations 2726–2731, italics added)

Rather, when we look carefully at the phenomena Paul describes, and his instructions on their application and evaluation, what we find aligns more accurately with an understanding of prophecy as Holy Spirit-prompted, subordinate revelation that readers would expect to be partially or fallibly reported, and therefore intended to be tested against and subject to apostolic and prophetic authoritative revelation, which is now contained for us in the sixty-six books of the Holy Bible.

In other words, much of the prophecy that took place in the first-century church would have looked very similar to Spurgeon’s “impressions of the Holy Spirit.”

How Did Paul Think About Prophecy?

Exegetically, the key chapter that helps us understand how Paul viewed the gift of prophecy is 1 Corinthians 14. Consider the following observations that indicate Paul had something different in mind than Old Testament prophecy.

First, Paul begins the chapter with the remarkable command, “Earnestly desire the spiritual gifts, especially that you may prophesy” (1 Corinthians 14:1). Notice the unqualified way Paul, the former Pharisee, exhorts all Christians to “earnestly desire” this gift, without including any serious warning to those who would presumptuously and falsely speak what others would receive as God’s authoritative, infallible word — especially in light of the Old Testament warnings to false prophets (Deuteronomy 13:5; 18:20). In contrast, consider the apostle James’s caution that not many should be teachers and subject themselves to stricter judgment (James 3:1). Does it not seem odd that none are warned against the dangers of exercising the authoritative, infallible, Scripture-level gift of prophecy, but all are warned against the dangers of exercising the fallible gift of teaching?

Second, Paul emphasizes the role prophecy plays in upbuilding, encouraging, and consoling members of specific local churches (1 Corinthians 14:3). Granted, this isn’t an exhaustive description. But if Paul had in mind authoritative, infallible, verbal revelation, it’s odd that he doesn’t explicitly emphasize doctrinal instruction or other important aspects of canon-level revelation.

Third, the one hypothetical prophecy example Paul includes in 1 Corinthians 14:24–25 gives us an idea of the kind of revelation Paul had in mind: the specific secrets of an individual’s heart being disclosed, demonstrating the reality of God and his intimate knowledge of individuals, and pointing to the validity of the Christian gospel. Paul had in mind the kind of revelation Spurgeon received for that young man.

Fourth, Paul’s instructions for how prophecy in local churches should be exercised and evaluated in an ongoing way seem odd if what he has in mind are Old Testament-like prophets delivering authoritative, canon-level revelation (1 Corinthians 14:29–33). This oddness only increases when we consider that Paul forbids women from publicly evaluating prophecy (1 Corinthians 14:34) but had previously acknowledged that women are welcome to publicly deliver prophecy (1 Corinthians 11:5). If Paul has canon-level revelation in mind, which of the two is more authoritative, the prophetic content or the evaluation?

Fifth, it’s important to note that Paul asserted his apostolic authority over, not submission to, prophecies in local churches (1 Corinthians 14:37–38). This indicates he didn’t consider such prophecies as authoritative and infallible — meaning, he didn’t put them in the same category as the authoritative revelations he himself received from the Lord.

To add one further observation, from outside of 1 Corinthians 14, Paul exhorted Christians to not despise prophecies — meaning there were (and still are) real temptations to do so. Rather, they were to “weigh” or “test” them and only “hold fast what is good” (1 Thessalonians 5:19–21; cf. 1 Corinthians 14:29). Here again, Paul instructs readers to respond to these kinds of prophecies differently than he and Peter instruct them to respond to scriptural revelation (2 Timothy 3:16; 2 Peter 1:20), which even at that time included authoritative apostolic writings (2 Peter 3:15–16).

These, among other reasons, lead continuationists to believe that the New Testament gift of prophecy is Spirit-prompted, yet partially and fallibly reported revelation that must always be subordinate to apostolic, doctrinal authority — which for us today is the Bible.

You Should Desire to Prophesy

And since continuationists understand prophecy in this way — that this spiritual gift poses no necessary threat to the canon of Scripture or challenges its sufficiency — there is every reason to believe that the Holy Spirit still “apportions [this gift] to each one individually as he wills” (1 Corinthians 12:11). And there’s no reason to believe the gift of prophecy will cease until “the perfect comes”: when Jesus returns (1 Corinthians 13:8–12).

And if the spiritual gift of prophecy continues in our day, what are we to do? Paul tells us exactly what to do: “Pursue love, and earnestly desire the spiritual gifts, especially that you may prophesy” (1 Corinthians 14:1).

It is not an option; it is an instruction. It is not a suggestion; it is an imperative. And whenever God gives us a straightforward command in the Bible, the default response he expects from us is to trust and obey. John Piper gives us this challenge:

I wonder how many of us have said for years that we are open to God’s moving in spiritual gifts, but have been disobedient to this command to earnestly desire them, especially prophecy? I would ask all of us: are we so sure of our hermeneutical procedure for diminishing the gifts that we would risk walking in disobedience to a plain command of Scripture?

Prophesy for Your Joy

We should all want to obey God. But guilt over our failures to obediently pursue this gift is not the primary, deepest motivation God wants to use to help us begin or begin again. Prophecy, like all the spiritual gifts, is a gift! And God loves to give good gifts to his children (Luke 11:13). He wants us to hear his command that we earnestly desire to prophesy as an invitation to pursue our own (and others’) joy in him!

Like the young man experienced in Spurgeon’s church that remarkable morning, God wants at times to reveal his intimate knowledge of us as individuals and our unique circumstances that we might experience his personal love for us, a love he infallibly revealed to all his children in Scripture. He wants our churches to exercise this gift so we and our brothers and sisters will be upbuilt, encouraged, challenged, and consoled as we experience together the friendship of God through his Spirit. He wants us to prophesy because he loves us.

Therefore, since the God of Scripture has revealed all this to us in Scripture, let us continue to earnestly desire that we may prophesy — until the Lord returns.