This article is the first in a series of articles on the gift of prophecy in the New Testament. In the series, Jon Bloom will explore both of the major positions, look at examples in the church today, and answer some frequently asked questions.

One of the historic hallmarks of evangelicalism is a robust belief in the Holy Spirit-inspired, authoritative, infallible, inerrant, sufficient nature of the revealed word of God contained in the canon of Scripture. We evangelicals believe that when it comes to the Bible, as the old hymn says, “there’s no other way to be happy in Jesus, but to trust and obey” the whole counsel of God as understood through the lens of Christ’s new covenant.

So, what should we do with the biblical command to “earnestly desire the spiritual gifts, especially that you may prophesy” (1 Corinthians 14:1)? Well, the obvious answer is “trust and obey,” right? But for many evangelicals, this is not the obvious answer.

The two primary groups in the debate over prophecy are cessationists and continuationists. Cessationists believe that the so-called “revelatory” gifts of the Spirit mentioned in 1 Corinthians 12–14 (most pointedly, prophecy and tongues/interpretation, 1 Corinthians 12:10) ceased sometime between the deaths of the apostles and the confirmation of the New Testament canon. Continuationists believe that all the gifts of the Spirit listed in these chapters are meant to continue more or less, according to the sovereign Spirit’s purposes, throughout the church age until Jesus returns. The disagreement exists, ironically, because cessationists and continuationists agree on the inspiration, authority, infallibility, and sufficiency of the Bible. 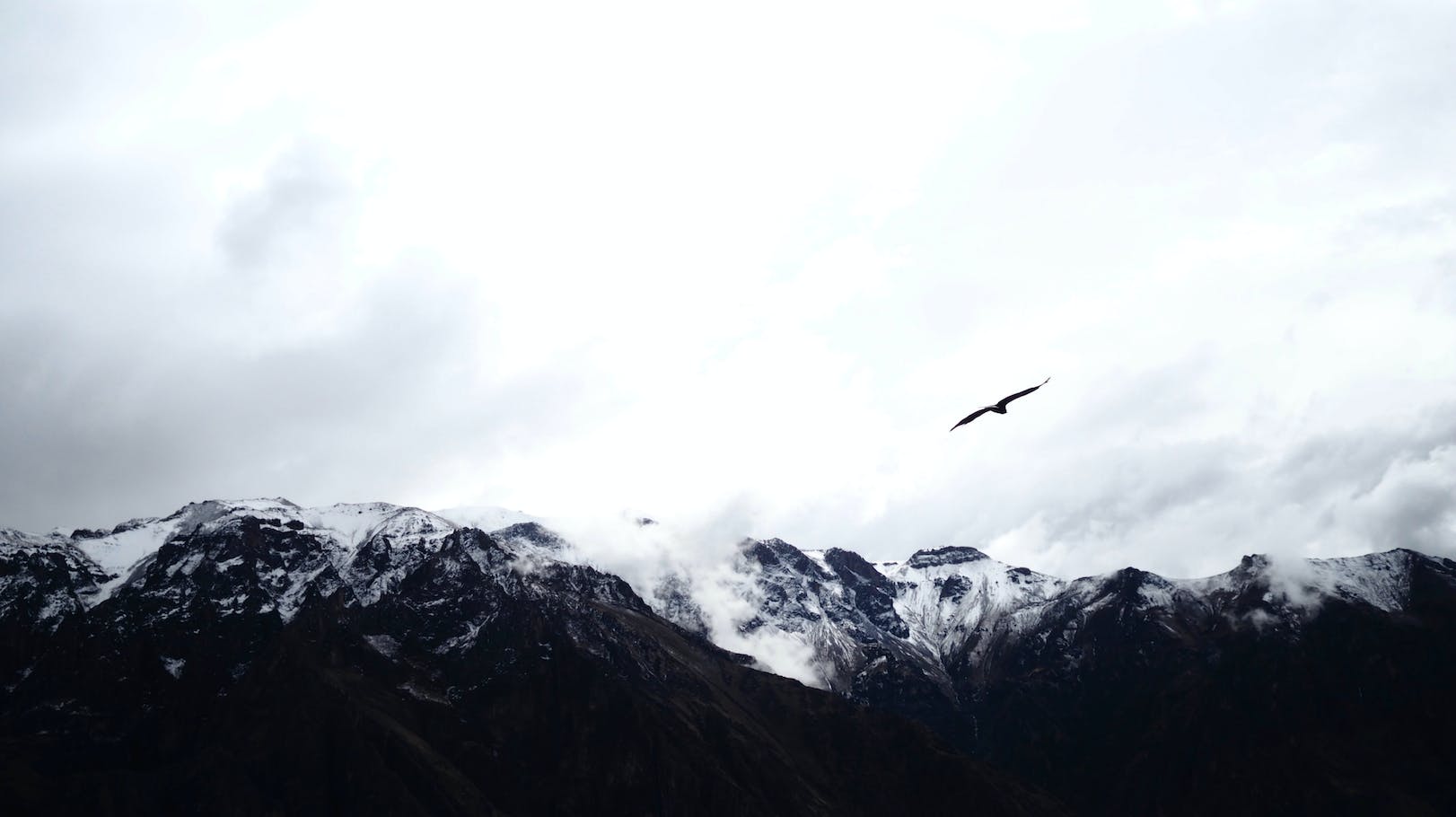 Should You Earnestly Desire to Prophesy?

The debate hinges on what Paul meant by “prophesy” in 1 Corinthians 14:1. Did Paul understand the new covenant spiritual gift of prophecy as Holy Spirit-inspired, authoritative, infallible, canon-equivalent revelation? Or did he understand it as Holy Spirit-prompted, subordinate revelation that could be partially or fallibly reported and therefore intended to be subject to God’s chosen apostolic and prophetic authoritative teaching contained in the Spirit-determined canonical writings of Scripture? If by “prophesy,” Paul meant the former, then to “earnestly desire” to prophesy is to earnestly desire to speak with scriptural authority — to challenge, in some sense, the sufficiency of Scripture. If he meant the latter, then to not “earnestly desire” to prophesy is to blatantly disobey a clear apostolic imperative — to challenge, in some way, the sufficiency of Scripture.

You see why the debate can get a bit intense.

We at Desiring God are convinced continuationists. We believe the Bible teaches that all the gifts of the Spirit (including prophecy, tongues, and interpretation) continue today, and will until Jesus returns.

However, we have dear friends who are precious colleagues in gospel ministry, and highly esteemed teachers (both past and present) who are convinced cessationists. These are people whose skillful handling of God’s word, personal holiness, and spiritually fruitful lives have profoundly shaped ours. They hold their view of prophecy in good conscience before God, as they (and we) should (Romans 14:5). And we are privileged and humbled to have them as our brothers and sisters in the faith.

Like differing evangelical views regarding the meaning and modes of baptism, how we define New Testament prophecy is not a core issue to the gospel and has no necessary bearing on the validity of a person’s regeneration. And like baptism, while how we define New Testament prophecy may significantly influence what local church fellowship we join or don’t join, it ought never be an unbridgeable rift between members of the global Christian family.

However, also like baptism, New Testament prophecy is not unimportant — particularly in view of 1 Corinthians 14:1. If we don’t especially desire to prophesy, we’d better have a good reason, because not trusting and obeying what the Spirit expressly commands in the authoritative, infallible word of God is, as all true evangelicals would agree, serious business.

Why Are There Cessationists?

If you want to read a helpful overview of cessationism by a trustworthy theologian who fairly represents the conviction of many thoughtful evangelicals, read Tom Schreiner’s article “Why I Am a Cessationist.”

Tracing the roots of cessationism is not simple (and beyond the scope of this article). Some assert that most of the most credible theologians since the Reformation have been cessationists. But as Kevin DeYoung and Gavin Ortlund demonstrate, that's not simple either. Prominent Protestant leaders and theologians across the centuries have held a variety of theological convictions regarding the revelatory gifts.

But certainly at the core of cessationism is a desire to preserve the Reformation doctrine of sola Scriptura, the conviction that the written word of God — the sixty-six books that Protestants believe comprise the Christian Scriptures — is the final authority that governs the church of Jesus Christ in this age.

All true evangelicals of the past and present stand in agreement that the Scriptural canon is closed, that the authoritative, infallible revelation recorded in the Bible has ceased.

But given what provoked the Protestant Reformation in the first place — the Roman Catholic distortion of the gospel, its overreaching claims of papal and clerical authority, and the resulting terrible corruption — and given the recurring trouble with various false prophets and faulty prophecy the church has endured throughout its history, some have found it compelling to equate the New Testament spiritual gift of prophecy with how Old Testament prophecy is generally understood: Holy Spirit-inspired, authoritative, infallible, inerrant, canon-equivalent revelation. If this is true, then prophecy necessarily ceased at the end of the apostolic age. For cessationists, a view that allows for continuing prophetic “revelation” only invites further distortion, abuse, and corruption into the church and undermines the Bible’s authority and sufficiency.

However, many, if not most, cessationists concede that “there’s no definitive teaching in the Bible that [the revelatory gifts have] ceased.” It must, for the most part, be inferred. The argument for cessation is built on the unique authority of the “apostles and prophets,” who laid the foundation on which the church was built by delivering to it canon-level revelation (Ephesians 2:19–21).

Paul seemed to know that he was the last (“untimely born”) of these Christ-appointed, authoritative apostles (1 Corinthians 15:8–9). And while most cessationists affirm that the “perfect” Paul speaks of in 1 Corinthians 13:10 — the event he says will bring about the ceasing of prophecy — refers to Jesus’s return (not the formation of the canon), they argue that Paul wrote in the expectation that he might live to see the eschaton and spoke of the gifts with similar expectations. But since neither he nor any of the apostles survived to see the return of Jesus, this unique gift of apostleship ceased in the church — a spiritual gift cessation the vast majority of evangelicals embrace. And when that gift ceased, canon-level prophecy ceased with it. And cessationists would say that while 1 Corinthians 13:8–12 seems to imply the continuation of this gift, it does not necessarily require its continuation.

What We Love about Cessationists

We do, of course, have an argument to make that the New Testament gift of prophecy is something different than canon-level revelation and does indeed continue to operate in the church. But that is not our purpose here. Before making our case, we want to stop, carefully ponder the cessationist argument, and appreciate the deep concern that fuels the cessationist conviction — a concern to which we are very sympathetic. The Bible is unspeakably precious, and its authority and sufficiency must be gladly guarded for the sake of Christ’s glory and the church’s joy. Godly cessationists believe this, and we deeply love and respect them for it.

Again, the cessationist/continuationist debate is not central to the gospel. There are wonderful, faithful, and fruitful saints on both sides. But it’s not an unimportant debate. “Earnestly desire the spiritual gifts, especially that you may prophesy” is an apostolic imperative. How we respond is a matter of fear and trembling. We don’t want to practice or teach others anything false, nor neglect any precious means of grace God himself has given us. So, let each of us weigh God’s own words carefully and prayerfully, and let “each one . . . be fully convinced in his own mind” — for “it is before his own master that he stands or falls” (Romans 14:4–5).

Because the glory of God is at stake in how we trust and obey his authoritative, sufficient word.