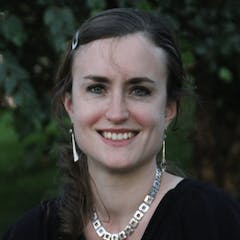 Rebecca McLaughlin holds a Ph.D. from Cambridge University and a theology degree from Oak Hill Seminary. She is the author of Confronting Christianity: 12 Hard Questions for the World’s Largest Religion. You can read more of her writing at her website.

Hard Questions Will Only Serve Him

Giving Birth Taught Me How to Die

Is Church (Literally) Good for You?

Complementarians Should Be Toughest on Abuse

Rebecca McLaughlin holds a Ph.D. from Cambridge University and a theology degree from Oak Hill Seminary. She is the author of Confronting Christianity: 12 Hard Questions for the World’s Largest Religion. You can read more of her writing at her website.

Hard Questions Will Only Serve Him

Giving Birth Taught Me How to Die

Is Church (Literally) Good for You?

Complementarians Should Be Toughest on Abuse

It’s easy to sentimentalize the Christmas story. A newborn babe, angelic songs, a guiding star — the scene lights up our winter nights and warms our weary hearts. But when Herod orders the slaughter of all the male infants and toddlers within striking distance of Bethlehem, the tale suddenly becomes less family friendly. Indeed, in this moment, the Christmas dream becomes the stuff of nightmares.

Our hearts revolt against infanticide. It strikes us as the most callous of crimes. But while the wholesale slaughter of baby boys would certainly have distressed first-century hearers, infanticide itself was broadly accepted.

Abandoning infants — particularly baby girls — was common. Some historians estimate that the Greco-Roman world in the first and second century was as much as two-thirds male, due to maternal deaths in childbirth and selective infanticide (Christianity at the Crossroads, 36). Meanwhile, influential philosophers such as Plato and Aristotle had supported eugenics, the latter declaring, “Let there be a law that no deformed child shall live.” But even healthy baby boys were frequently abandoned. If someone else wanted them — to raise them as a slave, perhaps — it was finders keepers.

So, what happened between then and now to make us think of the protection of infants as a moral imperative? In a word, Jesus.

While writing a book on faith and medicine, pediatrics professor Paul Offit expected to echo new atheists in denouncing the impact of Christianity on healthcare. Offit had firsthand experience of treating kids who were sick because their parents refused medical care in favor of prayer. His research on the history of pediatric medicine, however, led him to precisely the opposite conclusion:

Independent of whether you believe in the existence of God . . . you have to be impressed with the man described as Jesus of Nazareth. At the time of Jesus’s life, around 4 B.C. to 30 A.D., child abuse, as noted by one historian, was “the crying vice of the Roman Empire.” Infanticide was common. Abandonment was common. . . . [C]hildren were property, no different than slaves. But Jesus stood up for children, cared about them, when those around him typically didn’t.

Offit now calls Christianity “the single greatest breakthrough against child abuse” in history, observing that the first Christian emperor of Rome outlawed infanticide in 315 and provided a nascent form of welfare in 321, so poor families would not have to sell their kids (Bad Faith, 127). If Jesus’s birth prompted the murder of hundreds of baby boys in Bethlehem, his life, death, and resurrection prompted the protection of millions more — and extended that protection to baby girls and those born disabled.

Of course, infanticide wasn’t instantly wiped out when the Son of God became the son of Mary. But Jesus’s incarnation forever dignified the infant form, and his teachings promoted babies from possessions to persons.

The same Gospel that records the slaughter of the innocents (Matthew 2:16) also majors on Jesus’s relationship with children. Placing a little child in the midst of his disciples, Jesus declared, “Truly, I say to you, unless you turn and become like children, you will never enter the kingdom of heaven” (Matthew 18:3). And when his disciples were sending infants away, Jesus famously rebuked them, “Let the little children come to me and do not hinder them, for to such belongs the kingdom of heaven” (Matthew 19:14). Jesus drew little children in from the margins of personhood and placed them at the center of the kingdom of God.

Meanwhile, Christian sexual ethics struck infanticide at its source. While ancient Greek and Roman men were licensed to have sex with slaves, prostitutes, and other vulnerable women — spawning illegitimate children and leaving their mothers destitute — Christianity demanded that men live faithfully with one woman and care for her and her children.

Of course, this was never fully realized. Even in supposedly Christian societies, some men always found workarounds, and women and children were still left destitute. But marital faithfulness was promoted, and the moral status of infants was changed. As Christianity spread, infanticide gradually went from business as usual to the most hideous of crimes. But what about today?

Today, large-scale acceptance of abortion in the West has renormalized the termination of the youngest lives, while selective abortion of females in India and China has resulted in a gender gap of twenty-five and thirty-five million, respectively. As Christianity loses cultural ground in the West, the personhood even of newborns has come into question once more.

Pro-life advocates have long argued that birth is an arbitrary cutoff point: if we are not prepared to dispose of newborns, they reason, we should not suffer the killing of preborns either. But this argument is losing its persuasive power, as some secular ethicists are taking the logic of abortion to its conclusion. Yes, late-term abortion is equivalent to infanticide, they argue, but infanticide of a newborn is not immoral. And from some secular perspectives, the logic holds.

In the 1990s, Peter Singer famously put humans and animals on the same scale and calculated, “A week old baby is not a rational and self-conscious being, and there are many nonhuman animals whose rationality, self-consciousness, awareness, capacity, and so on, exceed that of a human baby a week or a month old.” Therefore, “the life of a newborn baby is of less value . . . than the life of a pig, a dog, or a chimpanzee” (169). While Singer cares for the welfare of the global poor, he places human infants low on the totem pole of value. And he is not alone.

In 2012, a leading medical ethics journal ran an article by two philosophers arguing that we should allow infanticide under all the circumstances that we currently allow abortion — including instances where the baby is perfectly healthy. The paper suggests that while newborns may be valuable to their parents, they are not persons in their own right who can be harmed by having their life ended. Therefore, if a particular newborn is not valuable to anyone else — and if caring for them will be a burden on their family or the state — they can responsibly be disposed of.

My son just turned four months. By Singer’s calculation, he is barely in the “person” category. He can feel pain and pleasure, to be sure, but we know little of his degree of self-awareness, or the other mental attributes that ethicists are using to define personhood. Yet this infant is of inestimable value — not primarily because he is precious to his dad and to me (which he is), but because he is precious to God.

Indeed, from a Christian perspective, this is the grounds for all human value: young or old, male or female, healthy or sick. As children bear the image of their parents, so we humans bear the image of God. Moreover, within a Christian framework, the hard work of parenting a baby is designed to give us a glimpse of God’s love for his people: “Can a woman forget her nursing child, that she should have no compassion on the son of her womb?” asks the Lord through the prophet Isaiah. “Even these may forget, yet I will not forget you” (Isaiah 49:15). Babies are not precious because they are self-conscious or agentic or wanted by their parents. They are precious because they are precious to God.

As we gaze back through history, we find that the universal value of human beings — embracing the youngest and the least — hangs on the seemingly slender thread of a baby in a manger two thousand years ago. Without this infant, and the man he became, the moral status of babies slips through our fingers and infanticide creeps in again.

So, as you ponder the Christ child in the crib this Christmas, don’t just think of it as a bright spot in the bleakness of winter. Remember the moment when God was cradled in his mother’s arms, upending our ideas of power and telling a whole new story about babies. And celebrate the mucky, marginal, barely-legitimate birth on which our lives — in every sense of the word — depend.

For Those with Little Faith