The Great Commission Will Require Disobedience

Why Some Refuse to Leave the Hardest Places

Let the Nations Be Glad!

How to Live Fearlessly

Take Your Wife in Holiness — Not a Brother’s

I Want to Be Baptized — My Husband Opposes It

Let the Nations Be Glad!

How to Live Fearlessly

Take Your Wife in Holiness — Not a Brother’s

I Want to Be Baptized — My Husband Opposes It 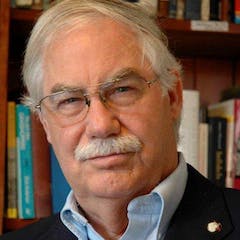 Greg Livingstone is senior associate for missions advancement of World Outreach for the Evangelical Presbyterian Church.

The Great Commission Will Require Disobedience

God, Psychology, and Christian Care of the Soul — Panel Discussion

God, Psychology, and Christian Care of the Soul — Greg Livingstone

This article began as a letter that Greg Livingstone sent to some of his friends, including me. I loved what I read, not because it was easy, but because it was radically important for finishing Christ’s mission in the hardest places of the world. So I asked Greg if I could add my voice and some complementary reflections and we could publish this together. —John Piper

Is this the time for missionary civil disobedience? We are referring to those situations among unreached peoples where the authorities order missionaries to stop the work and depart.

It is no secret that many obedient, faithful missionaries are experiencing expulsion from the people of their calling. Sometimes it is forceful. Usually the government of their adopted people simply refuses to grant, or renew, their visa.

So, it is commonly assumed, it must be God’s will to leave the people they told their sending church God had called them to. After all, doesn’t the Scripture teach us to obey the civil authorities (Romans 13:1–7)? And what about the dangers, especially to our family, if we stay?

But wait. Is it really so obvious that we should abandon the people to whom we’ve been sent? Do human laws really nullify God’s calling? What if we have no direction from the Lord of the harvest himself to leave the people he called us to?

In the New Testament, people went to jail rather than obey local officials who told them to be quiet. Instead, they engaged in civil disobedience.

They called [the apostles] and charged them not to speak or teach at all in the name of Jesus. But Peter and John answered them, “Whether it is right in the sight of God to listen to you rather than to God, you must judge, for we cannot but speak of what we have seen and heard.” (Acts 4:18–20)

“We strictly charged you not to teach in [Jesus’s] name, yet here you have filled Jerusalem with your teaching.” . . . But Peter and the apostles answered, “We must obey God rather than men.” (Acts 5:28–29)

During the Civil Rights Movement of the 1960s, people went to jail rather than obey segregation laws and injunctions not to march. Gandhi opposed the injustices of colonial rule in India with nonviolent, civil disobedience. Both Martin Luther King Jr. and Gandhi were willing to die for their causes.

Do we admire their courage to put justice before safety in the act of civil disobedience? Is not the eternal life of the unreached and the imperial authority of King Jesus worthy of such courage?

It Doesn’t Always End in Prison or Execution

I (Greg) am intrigued by a married couple that I’ve known since the 1960s, who have spent decades in Turkey. They have been expelled six or more times. Still they believed the Lord of the harvest wanted them there, so they got new passports and returned, again and again.

The husband even spent time in prison before being escorted out of the country. When scolded by the police, “Did we not tell you to leave and stay out?” their reply has been, “Yes, but God told us to come back. Don’t you agree, sir, that we all must obey God more than man?”

Apparently, the police gave up; that couple is still in Turkey boldly declaring the message that everyone must hear in order to be saved (Romans 10:14–17; Acts 4:12).

What About the Family?

The first objection against refusing to leave a country of ministry is usually that it will threaten the safety of the family. Staying in a country without government permission will be dangerous. That is true. But when are we to heed the words of our Lord?

Whoever would save his life will lose it, but whoever loses his life for my sake and the gospel’s will save it. (Mark 8:35)

Are these warnings from the Creator of the universe to be shrugged off?

Some may say that we are to obey the authorities no matter what. But no one really believes that. If you were told to take away your mother’s medicines and let her die because she is a burden on the government, would you do it? What about illegally possessing a Bible?

How Was It in the First Century?

Do you ever wonder about the wives and children of Luke, Silas, Epaphroditus, Peter, Barnabas, and so many others who walked into dangers again and again? They might have left their wives as widows and children fatherless! Which in that day was probably a more dreadful prospect than today.

But someone may say that in the first century extended families provided a better safety net for widows and orphans — as today is often the case in the Middle East, Asia, and much of Africa. All things considered, it is futile to minimize the risks of the first-century missionaries. Huge sorrows were at stake — as they always have been. And always will be.

Planning to Care for the Families of Martyrs

Instead of justifying our safer options, might not the Great Commission be a radical call to restructure our churches and families so that we can provide for the family members of martyrs? We must be done with the mind-set that martyrdom is to be avoided at all costs. Astonishingly, Jesus promised that his mission would not be finished without God’s appointed number of martyrs:

[The martyrs in heaven] were each given a white robe and told to rest a little longer, until the number of their fellow servants and their brothers should be complete, who were to be killed as they themselves had been. (Revelation 6:11)

If a husband and wife are so directed and endowed by the Holy Spirit to walk together into dangerous places, wouldn’t the Lord want the rest of us to support those who choose, in this way, to risk their kids for the kingdom? Remember, in most of the history of missions, missionaries did not even have the possibility of knowing ahead of time what the dangers would be, and did not have any way to make a quick escape.

And remember, too, the possibility of pressing on, even if the husband (or wife) is in prison. While Adoniram Judson was imprisoned in Burma, his wife carried on nearby, and even cared for his needs when she was allowed.

What Might Readiness for Prison Say About the Worth of Christ?

Here’s a possible example: One might go to the Pashtun in Karachi on a tourist visa (or walk over the border), and then simply stay if the government refuses to grant a residence visa. When they ask, “Why are you still here?” we answer, “Because God sent me, and I must obey God.” What might readiness to be imprisoned do to create courage in the new local believers to follow such an example?

How are we to respond to these words from the Savior?

Beware of men, for . . . you will be dragged before governors and kings for my sake, to bear witness before them and the Gentiles. When they deliver you over, do not be anxious how you are to speak or what you are to say, for what you are to say will be given to you in that hour. For it is not you who speak, but the Spirit of your Father speaking through you. (Matthew 10:17–20)

Think of the implications! Lambs in the midst of wolves! Not “you may be dragged before governors,” but “you will be.” Not “if they deliver you over,” but “when they deliver you over.” But you will not be forsaken. The Holy Spirit is with you all the way — the Spirit of Jesus: “I am with you always, to the end of the age” (Matthew 28:20).

Please don’t think that we are oversimplifying, as if there were not countless factors that shape our choices about when to fly from danger and when to stand. Both have biblical precedent. John Bunyan wrote about this tension and showed that in the Bible sometimes people escaped danger, and sometimes they stood to face it. He himself had four children, one of them blind, yet he chose to remain in prison for twelve years rather than promise not to preach the gospel.

Our point is not that everyone should make the same choice. Our point is that the option of civil disobedience, like that of the apostles in Acts 4:18–20 and 5:28–29, should be seriously and courageously and lovingly considered. Our first concern should not be staying alive. The steadfast love of the Lord is better than life (Psalm 63:3). Or, as Paul put it,

I do not account my life of any value nor as precious to myself, if only I may finish my course and the ministry that I received from the Lord Jesus, to testify to the gospel of the grace of God. (Acts 20:24)

Paul said this even though the Holy Spirit testified to him in every city that “imprisonment and afflictions await me” (Acts 20:23). Safety was not his aim. Salvation was his aim (1 Corinthians 9:22–23). Those were glorious and terrible days at the beginning of the Christian mission. Is there anything in the Bible that suggests the end will be less glorious or less terrible than the beginning?