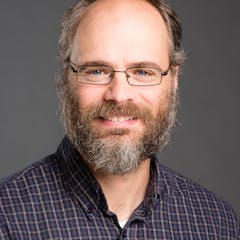 Eric Ortlund teaches Old Testament at Oak Hill College in London, England. He is married to Erin and father to Kate and Will.

How to Survive a Zombie Apocalypse

Eric Ortlund teaches Old Testament at Oak Hill College in London, England. He is married to Erin and father to Kate and Will.

How to Survive a Zombie Apocalypse

A podcast listener named Paul Kilpatrick writes in to ask, “Seriously, what would you do in a zombie apocalypse?” Yes, Paul, very good question; we want to be prepared — we must be prepared. For answers, we turn to zombie expert and Associate Professor of Old Testament at Briercrest College and Seminary in Saskatchewan, Dr. Eric Ortlund. Eric, thank you for joining us on short notice to answer this urgent question.

Oh, absolutely. Thank you for having me.

Yeah, it’s really about endurance — and getting to a rural area, right?

Yes, that is right. Or just head north. Most zombies don’t wear clothes. They will freeze eventually.

Certainly, and that’s why you live in Saskatchewan.

Basically, yeah, because I am absolutely convinced the zombie apocalypse is coming soon. But I am going to be safe up here. I just need to find enough wood to burn.

Okay, that was a real question from Paul in the APJ inbox, by the way — a little disturbing, but it is real. So Eric, you are the world’s leading expert on the theology of the zombie apocalypse — or at least the closest I could find. And that’s because you published a zombie novel in 2013 titled Dead Petals — An Apocalypse. So, seriously now, what drew you to the zombie apocalypse genre?

There were two things, really. Maybe I can admit this on the air: I actually do kind of like zombie movies. There are a number of reasons, but the main reason is that they have a very low anthropology. The zombie movies seem to be asking, “If the normal constraints of society are pulled away, how will human beings act?” And for the most part, the answer is: we will be horribly selfish and monstrous to each other.

So whenever I see a non-Christian — even if they are asking the question in a silly way, if they are asking a silly question and giving a thoughtful answer — I always want to pay attention to that and respect that. And having said that, I think that the idea of the zombie apocalypse, even though it is just so silly and ludicrous, of course, I can’t help but wonder if there is still insight there. I can’t help but think of what Paul says in Ephesians 2:1 about us being dead in trespasses and sins. I can’t help but wonder if there isn’t a real insight in those movies.

There was a movie before the 1953 George Romero classic, but no one really remembers it. But it has been about fifty years or so. And the genre is still going strong. So why are these kinds of movies still around? Why? How do they speak to us? And I can’t help but wonder if in a zombie movie the viewer is identifying both with the monster and with the survivors. I can’t help but wonder if, at some level, a zombie movie is an attempt to recognize what is monstrous about oneself. Perhaps they are trying to recognize themselves in the monster and at some level saying, “I am dead inside. I move around and I eat. But I am dead inside. I am not alive. I am an endlessly hungry dead thing.”

And at the same time, I wonder if viewers are trying to identify with their survivors and ask, “Can I survive my own monstrosity?” And for the most part in zombie movies the answer is no. For the most part, they end tragically and all the human survivors die. And something inside me really likes that. I appreciate the fact that they have such gloomy endings.

I teach Old Testament, and in the Old Testament, if you study it in the context of the ancient Middle East, they are rebelling against their cultural context in all kinds of ways. Just the fact that you can’t have idol statutes, that was hugely countercultural. And yet God is using the genres and the forms of speech that are common in the ancient Middle East to speak to his people in a way that makes sense to them. He is speaking their cultural language.

Often, he is hijacking genres to say, “Listen, the other gods out there, they are not the real god. I am the real god.” So it got me thinking, “If this is a theologically significant genre, is there a way I can hijack it to talk about the real God?” And then the novel started writing itself.

What would you want readers to take away from Dead Petals?

It really is an apocalypse. It is about the transformation of reality. It is about the end, the absolute end of normal reality and the breaking in of a whole new reality. But our only access to that is through a death and a resurrection. If Christians could read it and get a sense of the enormity and even the violence of apocalypse — and I am using the word apocalypse in the biblical sense when I say that — then I would be happy.

I would be just thrilled if a non-Christian who likes zombie novels would pick it up and read it, have no idea what they are getting into, and then start asking some pretty deep questions — start asking the right questions — after reading it.

The book is intended to be mythic in the best sense of that word — in the sense of talking about gigantic realities that are hard to talk about except by symbolizing them. I find that kind of literature and I get criticized sometimes for talking about C.S. Lewis and Tolkien so much, but they did do that kind of thing so, so, so, so well. So I am trying to do that as well. I don’t suppose these things needs to be said about a zombie novel, but just a warning for people looking for realistic fiction: I am going to try to be as weird as I can get away with in this book.