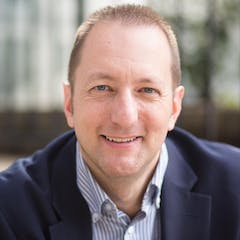 Matthew S. Harmon is professor of New Testament Studies at Grace College & Seminary in Winona Lake, Indiana, and serves on the preaching team of Christ’s Covenant Church. He is author of the new book Asking the Right Questions: A Practical Guide to Understanding and Applying the Bible.

How the Minor Prophets Help Us Enjoy Jesus

Matthew S. Harmon is professor of New Testament Studies at Grace College & Seminary in Winona Lake, Indiana, and serves on the preaching team of Christ’s Covenant Church. He is author of the new book Asking the Right Questions: A Practical Guide to Understanding and Applying the Bible.

How the Minor Prophets Help Us Enjoy Jesus

Given the church calendar, it may seem premature to talk about Easter, but since this is a weekday podcast, and because there is so much to say about Easter, we are closing out the week with two episodes on the implications of Christ’s resurrection. Today, we welcome Matthew Harmon to the podcast. Dr. Harmon serves as professor of New Testament Studies at Grace College & Theological Seminary, and he is the co-author of a really good new book, along with Benjamin Gladd, titled: Making All Things New: Inaugurated Eschatology for the Life of the Church (Baker Academic). And I want to talk about Easter.

Dr. Harmon thanks for joining us today.

Well, thanks for having me, Tony. I really appreciate it.

Certainly. Of course Easter is days away, and you claim the resurrection of Jesus Christ changes everything. Explain this — why is such a bold statement no exaggeration?

At first, it can seem like to claim that the resurrection changes everything is an example of hype, but as you read the Bible and you understand all that flows out of Jesus’s resurrection, it is no exaggeration to say that Jesus rising from the dead literally changes everything. And we can talk for days about the implications and things that come out of that, but in the short time I have today, I want to focus on 10 things that Jesus’s resurrection tells us about him — what it did for us and what it did for creation itself.

So when Jesus rose from the dead, it was the beginning of a new era in human history. Ever since Adam and Eve had rebelled against God, the world has been under the curse. But throughout the Old Testament, God had promised to redeem his people and transform creation itself through a descendant of Eve. And in Ezekiel 37, God describes that redemption of his people as an act of resurrection — God putting flesh and skin on dry bones, raising people from their graves, and breathing his Spirit into them. So because Jesus rose form the dead, God’s new-creation kingdom has broken into this fallen world.

2. Jesus’s resurrection identifies him as the promised Davidic King who rules over creation.

In Isaiah 11:1–9, God had promised to raise up a King from David’s line who would be anointed with God’s Sprit. And he would rule in righteousness. And, as a result of his rule, creation would be set right, the way it was supposed to be originally. So in his sermon on the day of Pentecost at Acts 2:33–36, Peter tells us that when Jesus rose from the dead, it proved that he was this promised descendant of David, the promised King who would come and be the one who rules over creation. So, because Jesus rose from the dead, he proved that he was the Spirit-anointed King from David’s line, establishing his rule over all creation.

3. Jesus’s resurrection identifies him as the end-time judge of the world.

In that same passage in Isaiah 11, this Davidic King is said to rule over creation with perfect justice. He wouldn’t be swayed by people’s appearances or their wealth or their socioeconomic status. But he would execute perfect justice. So when Paul appears before the men of Athens on Mars Hill in Acts 17:30–31, he says that God has fixed a day to judge the world. And the proof that he is going to judge the world is that he has raised the judge — Jesus Christ — from the dead. Because Jesus rose from the dead, it establishes him as the one who will judge all creation at the end of time.

4. Jesus’s resurrection identifies him as the last Adam.

In 1 Corinthians 15:21–22, Paul writes, “For as by a man came death, by a man has come also the resurrection of the dead. For as in Adam all die, so also in Christ shall all be made alive.” When Adam sinned, death entered the world. When Jesus Christ, the last Adam, rose from the dead, new-creation life began to flow into this world, that is, because Jesus obeyed where Adam had failed. So death had no rightful claim over Jesus as the last Adam.

In 1 Corinthians 15:45, Paul says that through his resurrection Jesus became a life-giving spirit. Now, this is a really difficult verse to understand, but at least part of what Paul means is that the risen Jesus is the one who gives spiritual life to his people. And in Ephesians 2:4–6, Paul makes a similar point when he says that God made us alive together with Christ, raised us up with him, and seated us with him in the heavenly places. Because Jesus rose from the dead, he raises us from our spiritual death into spiritual life.

At the heart of saving faith in Jesus is believing that God raised him from the dead. Now when God raised Jesus from the dead, he was vindicating Jesus. He was demonstrating to the world that he was innocent of the charges against him and that death had no rightful hold on him. Romans 4:25 tells us that Jesus was delivered up for our trespasses and raised for our justification. Because Jesus rose from the dead, we who are joined to him by faith are justified. We are declared not guilty in God’s court of law.

7. Jesus’s resurrection enables him to give the Holy Spirit to his people.

John 7:39 says that the Spirit could not be given until Jesus was glorified. Now by “glorified” John means Jesus’s death and his resurrection. Then on the day of Pentecost in his sermon to the crowds, Peter says in Acts 2:32–33 that because God raised Jesus from the dead and exalted him to the right hand of the Father, he is able to pour out the Holy Spirit on his people. Because Jesus rose from the dead, he is able to give us his Holy Spirit to live inside of us.

8. Jesus’s resurrection frees us from our slavery to sin, death, and the devil.

And this is really where some of the most practical applications of Jesus’s resurrection come to the front. Romans 6:1–11 talks about how everyone who is joined to Jesus Christ by faith has died, been buried, and raised with Christ. And since that is true, we are no longer slaves of sin but, instead, we are slaves of righteousness, given the power by the Spirit of God to obey him and to be his instruments of righteousness. And then Romans 8:10–17 goes on to talk about how the Spirit of the one who raised Christ from the dead lives in us to empower us to put sin to death. And Hebrews 2:14–15 talks about the fact that Jesus has delivered us from the devil and from the fear of death. Because Jesus rose from the dead, we have this remarkable promise that the Spirit of God lives in us and empowers us to be free from our slavery to sin and to death and the devil. That is just unbelievable in terms of its practical application.

10. Jesus’s resurrection guarantees that God will one day transform all of creation.

So 1 Corinthians 15:20–28 presents Jesus’s resurrection as the beginning of God transforming the entire universe. We experience that new creation the moment we are born again by God’s Spirit. And Romans 8:18–25 tells us the creation is groaning right now under the weight of the curse, waiting for the day when God will completely transform all of creation so that the entire universe will be full of the knowledge of the glory of the Lord as the waters cover the sea (Habakkuk 2:14). And when that day comes, Revelation 21:3–4 tells us that we will come face to face with God himself. Every stain of the fall and the curse will be gone from creation, every tear wiped away, no more death, no more sorrow, no more weeping. All of it is done away with and all of that stems ultimately from the fact that Jesus Christ rose from the dead.

So those are just a few of the reasons why Jesus’s resurrection is so important. It literally changed everything. And that is not only why we celebrate Easter, but it is why we gather every Sunday morning, because every Sunday morning is resurrection Sunday. And to think: How amazing is it that we can experience the power of Christ’s resurrection in our daily lives because of God’s Spirit living inside of us? And what hope that gives us! No matter what we face in this fallen world, we can endure because the risen one, Jesus Christ, lives inside of us to empower us to remain faithful to him to the end. And that is just scratching the surface of all that Jesus’s resurrection has done for creation and done for us.

Amen! That is a brief survey but a feast in itself. Dr. Harmon, thank you for helping us appreciate the scope of the resurrection.

It is my pleasure. Thanks for having me.