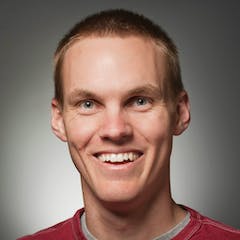 Today we talk with David Platt, who turns 40 years old in a couple weeks. He knows how to pack a lot of life into a few short years. Here’s a summary of his last twelve years.

In 2006, at the age of 26, he became the lead pastor of The Church at Brook Hills — named the youngest megachurch pastor in America. There he launched Secret Church, an intensive Bible study that has become quite popular.

In 2010 he published the New York Times bestseller Radical: Taking Back Your Faith from the American Dream. He launched the online resource site Radical.net about ten years ago. And in 2013 he helped launch the first Cross Conference, a strategic missions summit.

In 2014, after some significant experiences on the mission field, and seeing the desperation of the globally lost, he returned to the States and felt led to leave pastoral ministry to become the president of the Southern Baptist Convention’s International Mission Board (IMB), a massive missionary-sending organization. He moved to Virginia and, from what I hear, brought significant change, not least of which was much-needed financial reform.

Then in February of 2017, he returned to preaching, this time at McLean Bible Church, a DC-area megachurch, officially becoming the church’s teaching pastor in September of last year. Initially he aimed to do both: preach and lead the IMB. But early this year he said it wasn’t going to work, and he intended to resign from the IMB once the SBC could find his replacement.

I asked him for an update. And he shared his heart for local churches as the home base in the advance of global missions — a pattern he sees in the mission of Paul.

“I want to leverage my life as a pastor for the spread of God’s glory among the nations.”

I came to the conclusion “Okay, if I’m going to preach as a pastor in a local church, and develop a local church in that way, then I need to find a different way to serve for the cause of global missions.” That’s when I asked the trustees of the IMB to begin searching for a new president. I am still serving in both of these roles now, and will be, Lord willing, until a new president is found. At that time, I want to be supportive of that leader and the IMB.

I plan to continue serving as teaching pastor at McLean in DC, shepherding that church to glorify God by making disciples and multiplying churches among the nations. I want to do that faithfully in this local church, alongside the other elders and pastors there.

I’m exhilarated to think about how — through writing, preaching, leading Radical.net (the ministry we created to serve other churches on mission), and other avenues the Lord might open up — we can glorify God among the nations. I want to leverage my life as a pastor for the spread of God’s glory among the nations.

I’ve said this throughout my time in the IMB: “Pastors of local churches possess responsibility for global mission.” George Pentecost said a hundred years ago, “To the pastor belongs the privilege and responsibility of the missionary problem.” Basically what he’s saying is that this organization can and should do what they will to organize and facilitate missions in different ways.

I was in Psalm 96 this morning. This is not just for missionaries. “Declare his glory among the nations, his marvelous works among all the peoples!” (Psalms 96:3). I’m praying that for the Eritrean Tigre people, over a million of them, of whom only .05% know and believe. Most of them have never heard this. We as pastors must shepherd churches to change that. I want to do that personally, and then encourage churches to be a part of changing that reality.

Save Us from Ourselves

So good. So you turn 40 years old in a couple weeks. Congratulations. Offer us some midlife reflections on being roughly halfway home, Lord willing. As you look back, what are your past regrets? As you look forward, what are your biggest future hopes?

Well, that’s a sobering question. When I think about it, I don’t presume I am halfway home. I don’t presume upon tomorrow. So I will make the most of today, and that’s it. I have, especially in light of my transitions in ministry, found myself praying in a fresh way.

I praise God when I look back at the last four years. It is a picture of grace in my life. I would not be having this conversation with you right now if the Lord had not been so gracious to me.

“Pastors of local churches possess the responsibility for global mission.”

You asked about my regrets, and my biggest regret is my pride, my seemingly relentless focus on myself. I’m the most prideful person I know. I shudder to think where I would be without God saving me from myself time and time and time again. I find myself looking to the future, saying, “Lord, please keep saving me from myself.” I pray that all I’ve had an opportunity to be a part of in these past years would only be a precursor of what is to come.

For the Sake of the Gospel

When I think about my dreams and look toward the future, sometimes people ask, are you less radical than what you wrote in your book many years ago? “No,” I respond, “I want to be more radical.”

Here’s a little background behind the name and the title of that book. It came from a conversation I was having with Brother Andrew — a God-smuggler, smuggling Bibles all his life by going to hard places around the world.

I was on a phone call with him one day when I was in the process of writing this book, and I asked him — I can’t remember how old he was at that point, but pretty advanced in years — I asked him, “Brother Andrew, if you had to do it all over, what would you do? What would you change?” He said without hesitation, “I’d be more radical.” He said, “I would not be radical for the sake of being radical, but radical for the sake of the gospel.”

I think that’s my heart. I don’t want to be radical if were talking about being radical for its own sake, whatever that means. I want to be absolutely committed, for the sake of the gospel, to making Christ and his glory known in the world. I want to love God with all my heart, my soul, my mind, my strength in the days to come. I think I love him more today than I ever have, and I want that to continue to be the case.

Passing On the Good News

I obviously want to love my family well, my wife and my kids. I’m in Deuteronomy right now in my time with the Lord. It moves me to want to pass the word and works of God down to the next generation — their kids and their kids.

“My biggest regret is my pride — my seemingly relentless focus on myself.”

A big theme in my spare time recently has been based on Psalm 90:12: “Teach us to number our days that we may get a heart of wisdom.” I have found myself pleading, when I think about the next stage of life and ministry, for wisdom and courage.

As I look at the next stage, I want to do all that God puts in my heart to do. I constantly pray Psalm 90:17 — for his favor, and the establishment of the work of my hands.

I’m pretty exhilarated about shepherding, on the one hand — shepherding the local church to love the Lord and make disciples there in DC, and from DC to the ends of the earth. On the other hand, I am always looking to leverage opportunities to be a part of global missions. I see a world of urgent spiritual and physical need — unreached people, on top of physical needs. I want to see the church with the gospel glorifying Christ, and I want to leverage my life toward that end.

I actually got that at the Cross Conference. One night, as Matt Boswell led worship, he paused at one point and he said, “Think back on God’s faithfulness in your life for a minute. Thank him. Praise him.”

I was overwhelmed to the point of tears. I was surrounded by all these college students, and I’m thinking, “Twenty years ago, I never could’ve imagined some of the things the Lord has done, how he has led.” So I want to be open to however he wants to lead my life.

I think the key in it all is abiding in him, in his word and in prayer. I’ve not regretted any time in the last twenty years — or forty years, for that matter — that I spent in the word, praying, fasting, and walking in obedience to his commands.

I can rest knowing that he will lead me. He will guide. He will direct my life for his purposes.

In the end, I want to finish faithfully. According to 1 Corinthians 4:1–2, what is required of us as servants of Christ and stewards of the mysteries of God? That we be found faithful. That is my prayer.

My encouragement to my twentysomething self, or other twentysomethings — or anybody, for that matter — is to surrender to the Lord, abide in him, and rest. Trust him as he leads and guides and directs. And Lord willing, our lives will be spent for his purposes.

Amen — that’s so good. Thank you for talking with us today, brother.

Just know, I am incredibly thankful for this ministry. You’re not asking me to say this at all, but I would just say I look back at my life and there’s no question that the ministry of Pastor John and desiringGod.org has had a huge and formative effect on my own mind, my own heart, my own relationship with the Lord. In many ways, I am indebted to God for his grace in and through you all. So thank you for the impact you’ve had on me and countless others like me.

Thank you, brother, for the encouragement. We appreciate it!