He who did not spare his own Son but gave him up for us all, will he not also give us all things with him?

The passage of Scripture that I would like to open with you tonight is found in Romans chapter eight. Romans eight is the most precious chapter in the Bible to me, and the verse I focus on tonight is for me the most precious verse in the chapter. The reason it is so precious to me is that the promise in it is so all-encompassing that it stands ready to help me at virtually every turn in my life and ministry. There never has been and never will be a circumstance in my life where this promise is irrelevant.

Just as I wrote that first paragraph of this message on Wednesday afternoon, the phone rang. And the voice at the other end said, "Hello, John, this is Beryl. Jerry died today." I wasn't sure I had heard correctly, so I said, "What?" She said, "Jerry, my husband, died this afternoon." I was stunned. He had spent three hours the night before at a Trustee meeting at church. He was 54 years old, with six children. I left my sermon preparation, as I have so often before, and drove over to Methodist Hospital. And as I went I thought, "Yes, it is true. This most precious promise is my help and strength for this moment and every moment in my ministry and in my life. There is no circumstance where it is not utterly relevant. I'll try to show that in a moment.

But that's not the only reason this verse is precious to me. It not only contains an all-encompassing promise, it also contains what I would call a certification or foundation or guarantee of the promise that is so strong and so solid and so secure that there is absolutely no possibility that the promise could ever be broken.

The Aim of This Message

The verse is Romans 8:32, and it goes like this, referring to God the Father: "He who did not spare his own Son, but gave him up for us all, how shall he not with him freely give us all things?"

The verse has two parts. The foundation goes like this: "God did not spare his own Son, but gave him up for us all."

One of my friends who is a pastor in Illinois was preaching to a group of prisoners in a state prison during Holy Week a couple years ago. At one point in his message he paused and asked the men if they knew who killed Jesus. Some said, the soldiers did. Some said the Jews did. Some said Pilate. But my friend waited a moment and then simply said, "His Father killed him."

That's what the first half of Romans 8:32 says: God did not spare his own Son but handed him over--to death. Isaiah 53 puts it even more bluntly, "We esteemed him stricken, smitten by God and afflicted . . . It was the will of the Lord to bruise him; he has put him to grief" (vv. 4, 10). Or as Romans 3:25 says, "God put him forward as a propitiation by his blood." Just as Abraham lifted the knife over the chest of his son Isaac, but then spared his son because there was a ram in the thicket as a substitute, so God the Father lifted the knife over the chest of his Son Jesus and did not spare him because he was the ram--he was the substitute.

And my pastor friend told me that those hardened prisoners sat there in silence for a moment and then said, "Why would he do that?"

And the answer is given right here: "God did not spare his own Son but gave him up for us all." In another place Paul says, "For our sake God made him to be sin who knew no sin, so that in him we might become the righteousness of God" (2 Cor. 5:21). Or as Isaiah saw it hundreds of years before it happened:

He was wounded for our transgressions, He was bruised for our iniquities; Upon him was the chastisement that made us whole, And with his stripes we are healed. All we like sheep have gone astray; We have turned every one to his own way; And the Lord has laid on him the iniquity of us all. (Isaiah 53:5-6)

God did not spare his own Son, because it was the only way he could spare us. The guilt of our transgressions, the punishment of our iniquities, the curse of our sin--just as true for us pastors as for the worst derelict in the world--would have brought us inescapably to the destruction of hell. But God did not spare his own Son but gave him up to be wounded for our transgressions, and bruised for our iniquities and crucified for our sin.

This verse is precious to me because the foundation of the promise to me in Romans 8:32--the certification and guarantee of this promise--is that the Son of God bore in his body all my punishment and all my guilt and all my condemnation and all my blame and all my fault and all my corruption, so that I might stand before a great and holy God, forgiven, reconciled, justified, accepted, and the beneficiary of absolutely unspeakable promises of pleasure for ever more at his right hand.

Following the Train of Thought

So this is the way Paul reasons: since God did not spare his own Son, but gave him up for us all, how shall he not--surely he must, surely he will, how can he not--freely give us all things with him. There's the all-encompassing promise in this verse. God will most surely, most certainly, without any doubt or any possibility of failure, "freely give us all things with him."

Paul reasons from the hard to the easy, or from the great to the small. If God did not spare his own Son, but gave him up for us--that's the hard thing, the great thing--then it is a comparatively easy thing, a small thing, for God to freely give us all things with him. A small and easy thing for God, but utterly breathtaking for us.

"How shall he not with him freely give us all things?" Really? All things? What does that mean? The key is found in the immediately preceding verse. There Paul says, "If God is for us, who is against us?" And our first response is: lots of people are against us. Jesus said, "You will be delivered up even by parents and brothers and kinsmen and friends, and some of you they will put to death; you will be hated by all for my name's sake" (Luke 21:16-17). That's a lot of opposition.

What did Paul mean when he said, "If God is for you, who is against you?" He meant, "Who can be successfully against you?" What opposition could there every be against you that almighty God could not transform into your benefit? And the answer is none. That's what he means ultimately when he says, "How shall he not freely with him give us all things?" There is nothing that will ever come into your experience as God's child that, by God's sovereign grace, will not turn out to be a benefit to you. This what it means for God to be God, and for God to be for you, and for God to freely give you all things with Christ.

You must believe this or you will not thrive, or perhaps even survive, in the ministry. There is so much pain, so many setbacks and discouragements, so many controversies and pressures. I do not know where I would turn in the ministry if I did not believe that almighty God is taking every setback and every discouragement and every controversy and every pressure and every pain and stripping it of its destructive power and making it work for the enlargement of my joy in God?

The Gospel for Real Life

Tomorrow morning at 11:00 o'clock I will stand before several hundred friends and family of Jerry Halldorson and try to help them see that for Jerry and for them (if they will receive it) it is absolutely true that even in Jerry's death God is fulfilling the promise of Romans 8:32. And perhaps I will refer to that magnificent parallel to Romans 8:32 in 1 Corinthians 3:21 where Paul says to the saints at Corinth, "All things are yours, whether Paul or Apollos or Cephas or the world or life or death . . . all are yours and you are Christ's and Christ is God's."

The world is yours. Life is yours. Death is yours. God reigns so supremely on behalf of his elect that everything including Jerry Halldorson's death and everything that faces you in a lifetime of ministry has been subdued by the mighty hand of God and made the servant of our holiness and our everlasting joy in God.

If God is for us, and if God is God, then it is true that nothing can succeed against us. He who did not spare his own Son but gave him up for us all, how shall he not freely with him give us all things--all things: the world, life, death, . . .

What we are about to commemorate at this table is the foundation and guarantee of the most all-encompassing promise in the Bible. It is the ground of this great truth:

God spared his Son no pain that he might spare his saints no pleasure. 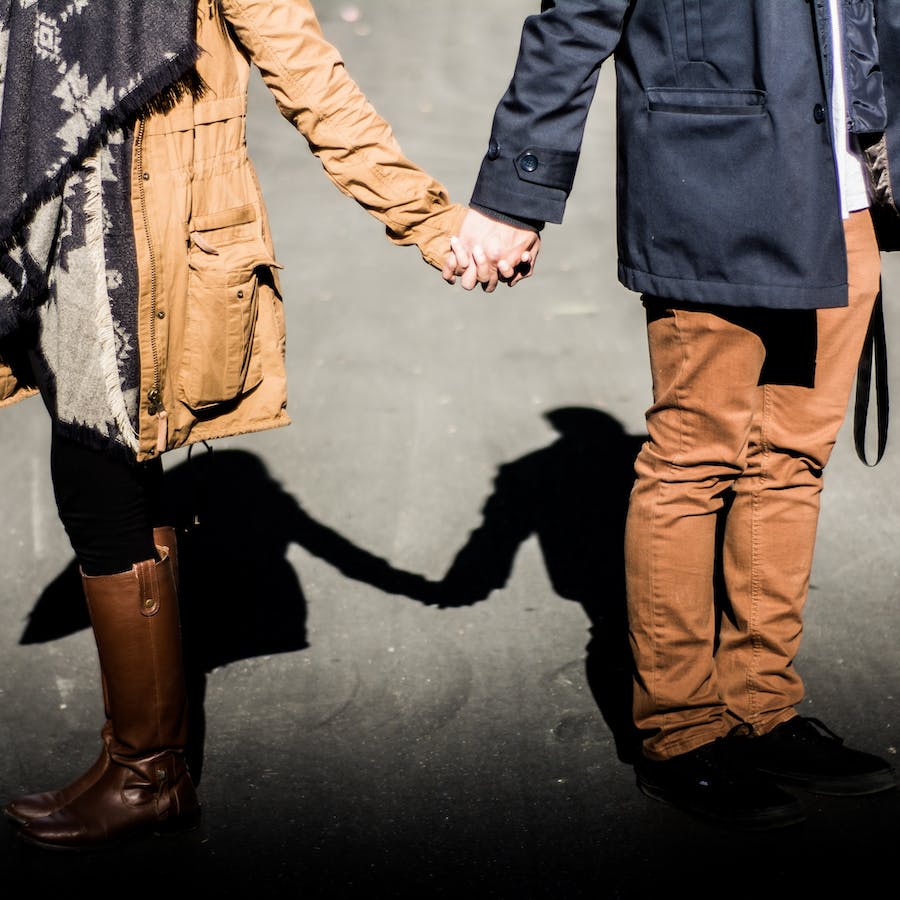 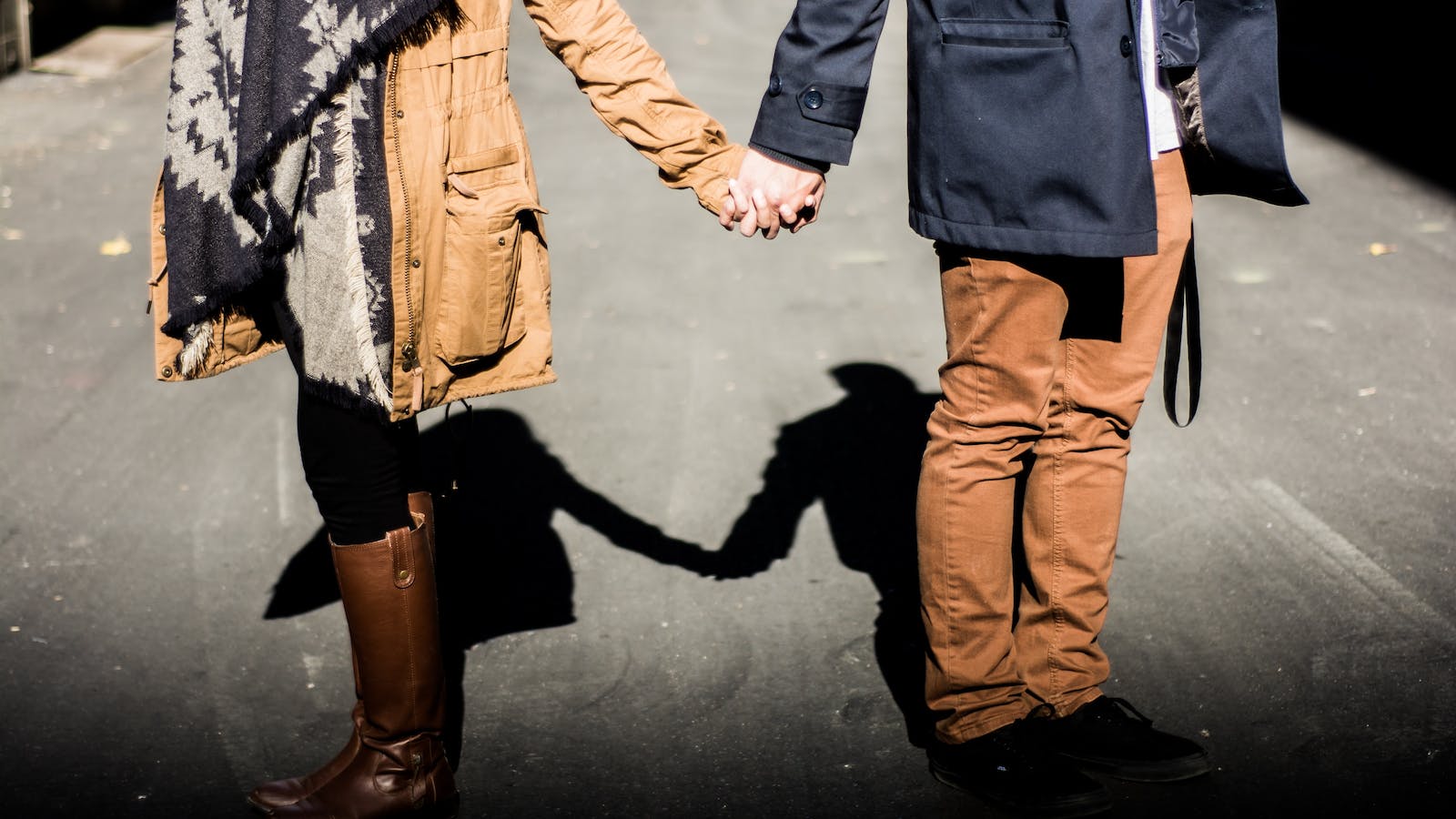 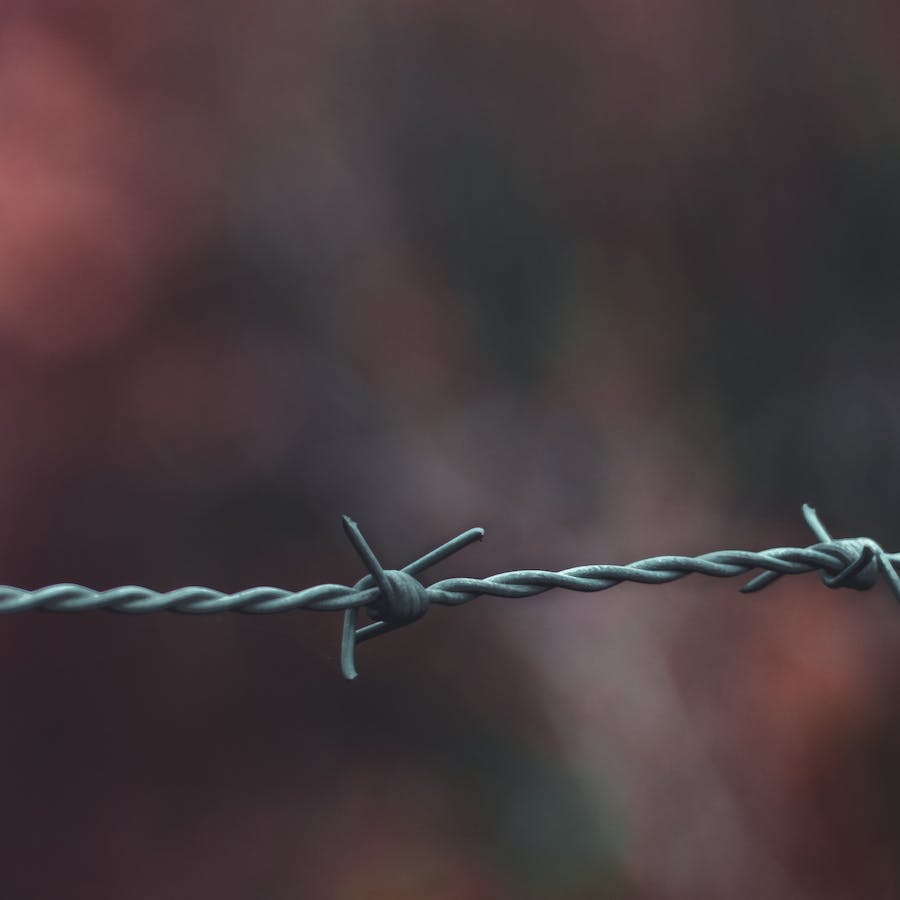 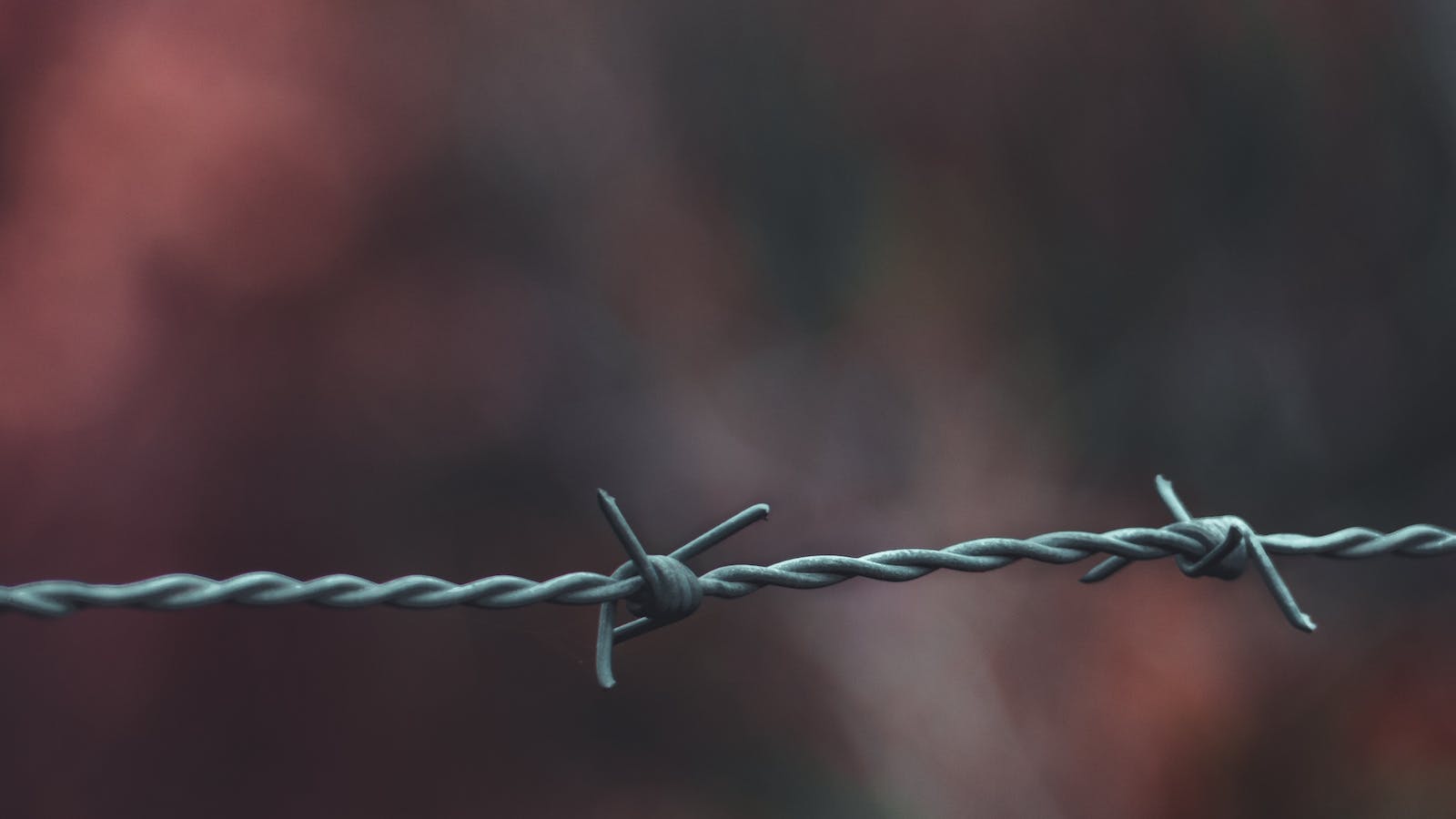 How to Make Any Love a Demon

True compassion moves toward the hurting — without getting swallowed by their grief. 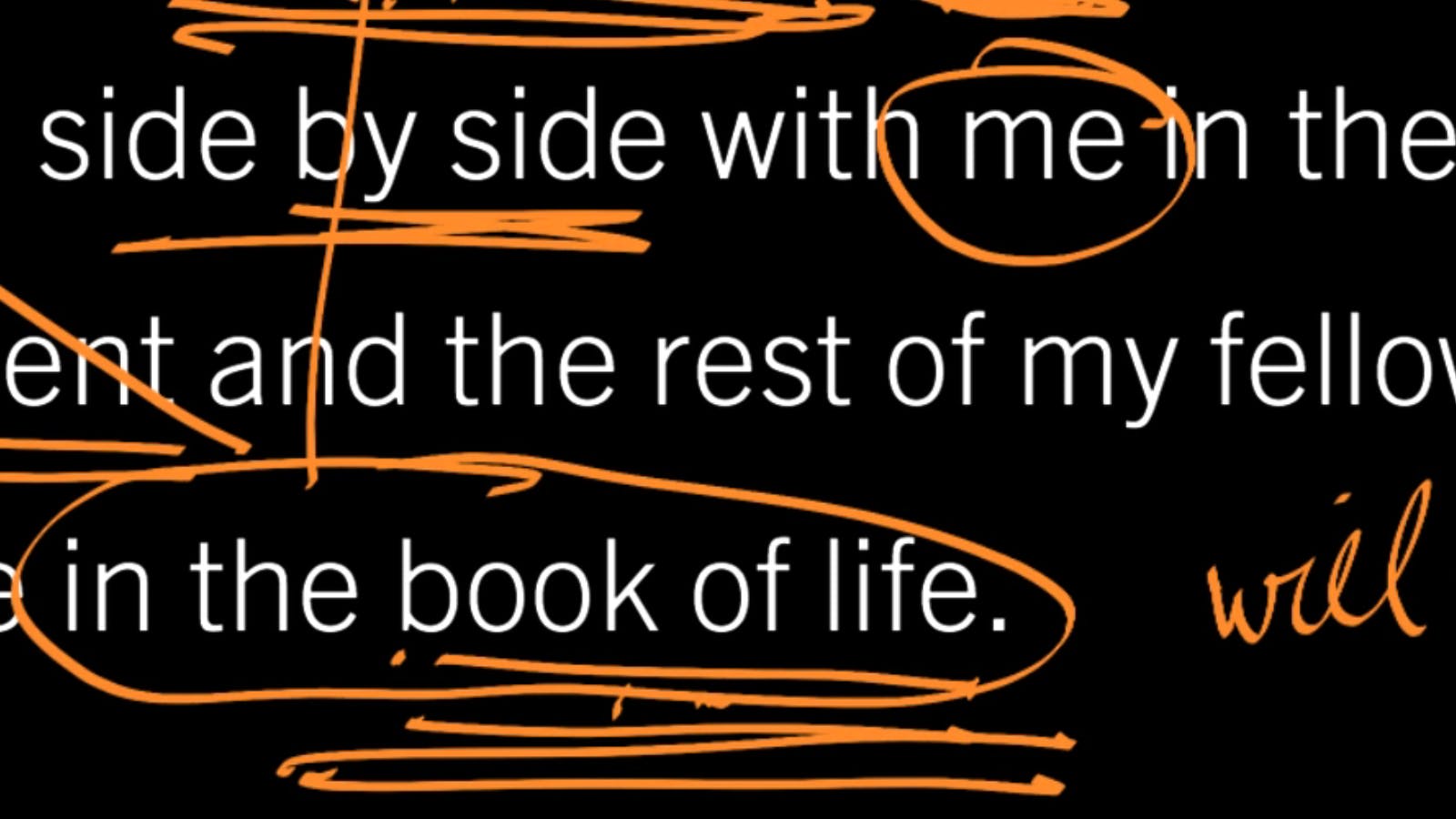 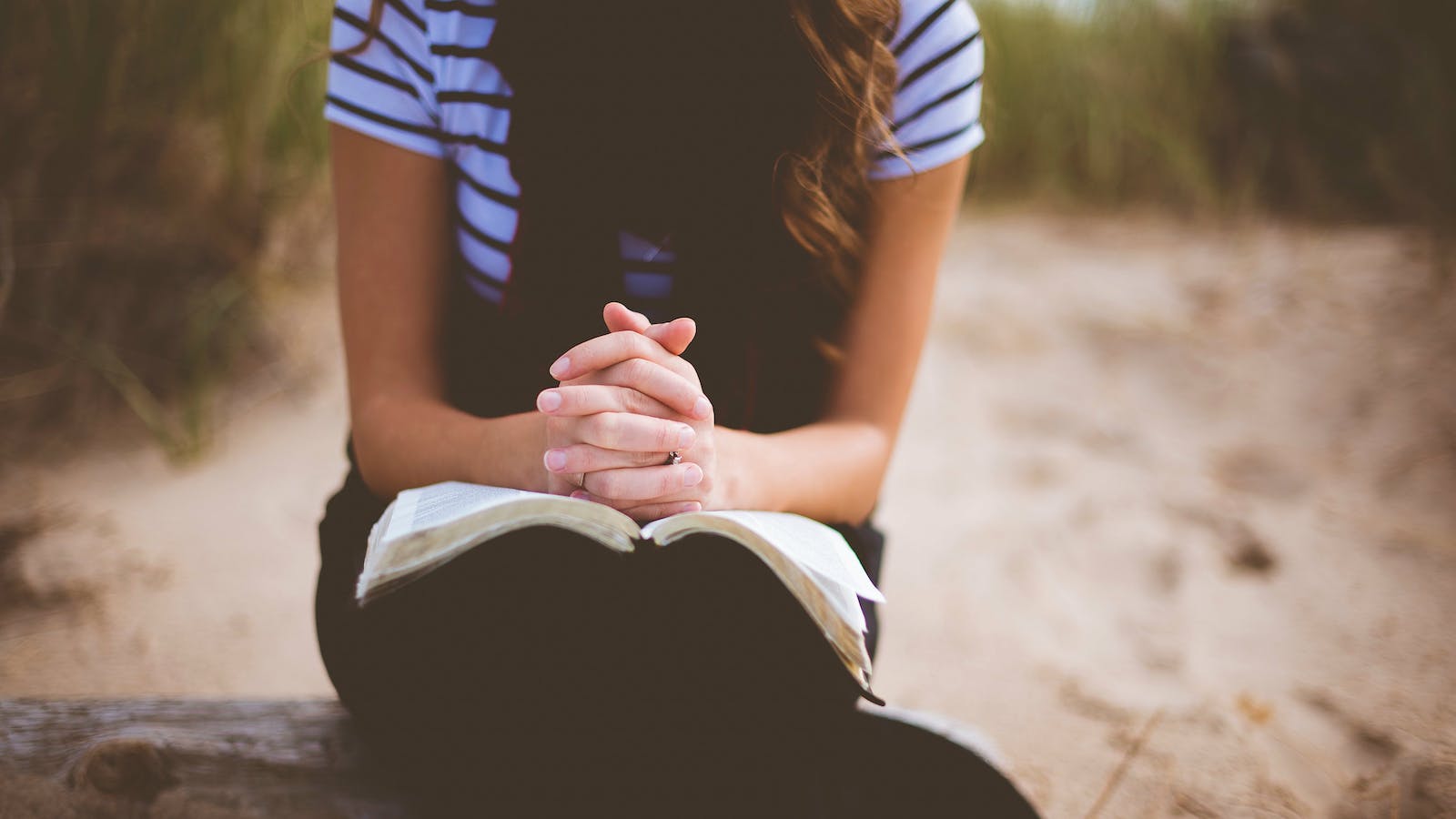