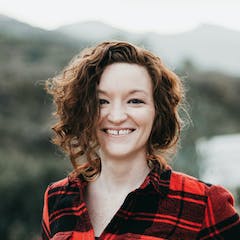 Stephanie Quick is the author of To Trace a Rising Sun and producer of The Frontier, a film exploring the cost and privilege of serving among the unreached and unengaged. She lives and works in the Middle East.

What We Gain When We Go

Get Them Out Alive

Stephanie Quick is the author of To Trace a Rising Sun and producer of The Frontier, a film exploring the cost and privilege of serving among the unreached and unengaged. She lives and works in the Middle East.

What We Gain When We Go

Get Them Out Alive

Just over two months ago, the world reeled from the news of a young man’s death on the shores of an isolated (and largely unknown) island in the Bay of Bengal. Suddenly, a nameless, faceless twentysomething from America confronted every home and major news outlet with the urgency of what Christians have termed the “Great Commission” since Jesus ascended from the Mount of Olives. CNN and The New York Times struggled to find language; the church in the West struggled to provide answers. It was a stark and humbling confrontation, but we have seen this kind of pressing witness in the past. It bore glorious, beautiful, eternal fruit then; I have every confidence it will again now.

John Allen Chau’s witness of a martyr’s heart (in life and in death) perhaps could not have met us at a better time. We are on the trailing tail of a mighty moment in missions history, and we could certainly use urgency’s reminder: the people of Jesus — the ones ISIS nicknamed “the people of the Cross” — have been entrusted with a holy task: preach Christ to everyone everywhere (Matthew 24:14; 28:19–20; Acts 1:8). Yet even now, with nearly half the world still living in profound gospel poverty, we’re quite a ways from finishing our mission.

This is not the first time a young adult with a profound burden for gospel proclamation and the prioritization of unreached people groups passed into glory with timing that seemed premature. This is not the first loss of life leaving us grappling. John Chau was not the first young man to stare down the barrel of his own mortality with grief, wondering who might take his place when he died. John Urquhart’s life bore a similar witness and impact under a different set of circumstances.

Those Who Went Before

In the early decades of the Industrial Revolution, an Englishman named William Carey moved himself and his young family to West Bengal, India (not too far from where Chau died). His life provoked the church and mobilized a fresh wave of laborers committed to reaching what missiologists call “unreached” and “unengaged” people (meaning, they’ve either never heard of Jesus, or there’s no active or sustainable indigenous church planting effort). For his impact and legacy, Carey is largely considered the father of modern missions.

Hudson Taylor entered the world just a couple of years before Carey went to be with the Lord; by the end of the nineteenth century, both men had led thousands of young adults to give themselves to the glory of Jesus overseas. Many, facing a single-digit life expectancy on the field, loaded their modest possessions into coffins instead of suitcases, sailed across the world, and never saw their families again. It was a powerful (and perhaps tragically unique) hour in the life of the church.

John Urquhart entered St. Andrew’s University in 1822, and formed the Student Missionary Association with a handful of friends in 1824. Confronted by lives like William Carey’s, these young students met weekly to study the Scriptures in light of the task, discuss biographies of laborers who’d gone before, and present essays on their findings. Each member paid semester dues that were sent to entities like the London Missionary Society.

They Knew Too Much

It is important to note that essentially, for far too long, far too few had seriously engaged the missionary task. Perhaps the pain and toxicity of the Crusades had scarred the people of Jesus from going to foreign fields. Perhaps we needed a couple of centuries to breathe in the Protestant Reformation before we remembered we had a global job to do. Perhaps, simply, we just liked where we lived and didn’t want to leave it.

William Carey didn’t just pull the “go ye therefore” of Matthew 28 off the back bookshelf and dust it off for folks to read again; he helped shake the church herself out of a profoundly disobedient slumber.

For a growing number of college students to devote precious disposable time and energy to an extracurricular activity surrounding such a niche issue at the time was marvelous. It still is. Yet after years (literally years — their whole academic careers) these young men began to scratch their heads with mouths agape and one distinctly important truth resonating in their guts: missionaries weren’t subhuman or superheroes. They were simple men and women who met Jesus one way or another, just like every other born-again believer, and decided one way or another to go where other disciples hadn’t yet gone and build gospel foundations where there were none (Romans 15:20).

At some point, these young college kids looked around at each other and began to wonder if now, perhaps, they “knew too much.”

Urquhart, the youngest of this formative peer group, was elected president of the Student Missionary Association in December 1825. He used his presidential speech at the close of the following term to present an essay on the “duty of personal engagement in the work of missions.” It is an eight-thousand-word sucker punch (read it in full here), beginning thus: “I am tired of arguing with the opponents of the missionary cause. It is my intention this evening to address myself to those who profess to be its friends.”

He then took himself, his friends, and his countrymen to task for the kind of white-knuckling negligence that led to a grossly understaffed and underfunded effort to obey Jesus’s commission and command: “Go everywhere, and tell everyone.”

That evening in April 1826, Urquhart closed his address announcing to his friends, family, and the powers and principalities watching, that he would leave the UK and go to the “frontier” as soon as he graduated. His commitment sent shock waves across the room. It was one thing to study missions. It was okay and neat and trendy to talk about missions and geopolitics and methods and read other people’s stories. No one in St. Andrews had considered the possibility they might receive their prestigious diploma and bankrupt their alabaster (Matthew 26:6–13) on the frontier instead.

If Christ Be Anything

As young men entering the prime of their lives, they were forced to ask different questions about their futures. What they learned about Jesus and his worth in this early season of adulthood met all the good doctrine they’d intellectually assented to in their heads until it sank into gut-wrought affection and allegiance in their hearts. In the words of Spurgeon, “If Christ be anything, he must be everything.” Glorious awe annihilated their small dreams. Sober responsibility moved their hands and feet.

And then, while home for the holidays, John Urquhart’s young body succumbed to an acute, unknown, and undiagnosed sickness suspected to have also claimed his brother’s life some years earlier.

If your heart just sank reading this, you feel the injustice of his death — but perhaps you will work through the sting in a similar way his friends did when they heard the news. Five of Urquhart’s friends hit the field in his stead and served there for decades.

Nearly Half the World

Or, perhaps you’ll find another laborer to send, support, and sustain on the field. We’re all in this together, and we all need to lock arms. If Christ be anything, he must be everything. And because he is everything to us, we must go everywhere, and tell everyone.

We’re now two centuries removed from the work of Carey, Urquhart, Taylor, and so many others. Many tribes, tongues, and people groups have been crossed off the lists of “unreached” and “unengaged.” But too many still remain — nearly half the world. Our hearts are too dull to statistics, but it should rattle us to find out more than 41 percent of people breathing in the world today have zero access to Jesus. Zero.

The harvest is plentiful. The laborers are few. And the doors are open. With God, anything is possible. With God, there are no closed countries.

If We Read Our Bibles, Why Do We Need Sermons?

The Bible is perfect; preachers are not. So, why listen to the sermons of fallible men when we can read God’s infallible word for ourselves?

Love within the body of Christ is a dance between diversity and unity, and we begin to learn those steps in the family.