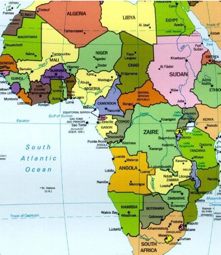 I returned recently from 10 days in Cameroon, West Africa. A team of 14 was sent by Bethlehem Baptist, with the help of Joni and Friends, to distribute 100 wheelchairs through one disabilities ministry in Yaounde and one in Bamenda. There were 4 occupational or physical therapists, 4 handymen/mechanics, and the rest of us were support/go-fers.

From almost the beginning it was clear that we would fare better if we said the words, “If the Lord wills. . .” and if we really meant it.

We should have been saying, “If the Lord wills, we will arrive in Yaounde at 7:05 pm, Monday.” Instead, our plane had mechanical problems so our take-off and arrival were delayed. We arrived 26 hours later than planned.

We should have been saying, “If the Lord wills, we will rest Monday evening, check emails, and post on our team blog.” Instead, on Tuesday, when we finally got there, our arrival night was filled with unpacking and re-planning our schedule to fit our work into one less day. And for some reason, the blog that had been set up never accepted the posts we tried to enter. And most times throughout the trip, it was hard to use email for various reasons—electrical outage, no time, etc.

We should have said, “If the Lord wills, we will have a lighter schedule the first day, as we get into the swing of things.” Instead, since we arrived a day late, we packed 2 days of work into 1 day (until 1 am), so the rest of the time could remain pretty much on schedule (if the Lord willed!).

By then we knew that we were on the Lord’s schedule. And he gave us his strength to do what he gave us in each day. If any of us had been tempted to think we had things planned and under control, he showed us from the beginning that this was his mission, not ours.

At the human level, we were bringing wheelchairs, walkers, and crutches to 100 children and adults—just a handful of the Cameroonians who can’t afford them—and thus giving them mobility to participate in their communities. At a deeper level, we prayed that their families and churches would be more and more open to see that every person in their community is created in the image of God, no matter how their bodies or minds may be different.

Each person we worked with received a Bible and/or other Christian literature and spent time with one of the local pastors who gave their time the days we were working. We were so thankful for this partnership. As I heard our team leader, Bob Horning, express it: We gave equipment that will last for a few years, and that is good. But way more important is what the pastors offered—eternal life with Jesus.

Now, back at home, if I can just remember in the midst of my everyday routine, it still is all “If the Lord wills . . .” – not just during extraordinary times.

(Wheels for the World is one of the outreach ministries of Joni and Friends International Disabilities Center. Our mission was similar to a Wheels for the World outreach, but we had fewer team members, distributed fewer chairs, and we were sponsored by Bethlehem Baptist, rather than by JAF. But visiting their sites will give you a better idea of what we were doing.) 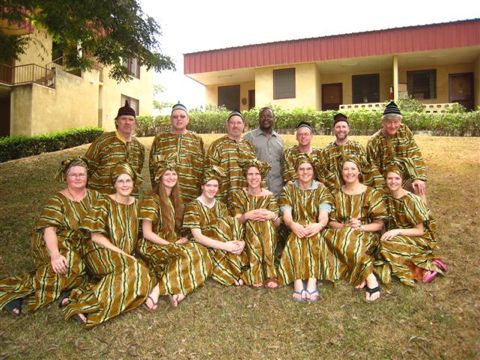