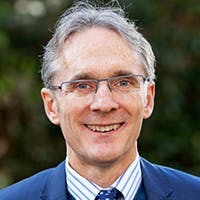 This week we are talking about transgender, a topic of frequent inquiry from our listeners, and to help us, we welcome to the podcast Rob Smith, a pastor and theologian who lectures in systematic theology and ethics at Sydney Missionary and Bible College in Australia.

Rob, I want to talk technology first. The earlier transgender discussions, of say 30 years ago, seemed to especially center on cross dressing and external behaviors. With the rise of medical technology, and new possibilities for the physical rearrangement of bodies, to what degree does technological advance drive the new possibilities and new expectations of transgender changes within the body?

Yes, I think the answer is: in a major way. It is the old thing of technology leading the way and morality having to catch up, which is really the wrong way of doing things. We are often asking, “Can we do this?” before we ask, “Should we do this?” So, things get back to front. Again, just in terms of the history of sex reassignment surgery, there is a century of attempts that have gone on here. And you are right, it is really in the last few decades that it has become more possible and more successful.

All the issues, however, still go on. There are cross-people who are cross-dressing who have no desire to even engage in cross-hormone therapy, let alone sex reassignment surgery. And, again, for some people with gender dysphoria, that is one of the ways they try to manage or partially resolve — whether it is cross-dressing or simply some kind of gender bending. And so you get a whole range. I was watching some YouTube clips just a week or so ago for the number of people or the number of women who began on cross-hormone therapy: taking testosterone injections and so on, and then deciding to stop and to go back. And so, you get people who begin down a path and then retreat. And I have seen, in my view, a very good thing when they do that and they resolve their questions in the process.

But what is happening now more and more is that sex reassignment surgery is becoming available and affordable, and more and more doctors are becoming able to deliver it, although, perhaps not enough to meet demand. I was reading an article just the other day from the UK where a urologist was complaining that not enough of his colleagues knew how to create a vagina, and so he was being inundated with requests to have reconstructive surgery for men who wanted to transition into women.

So yes, that is just where we are. There are all these medical advances, medical possibilities, surgical developments, and so on going on. But I guess the question in back of all of that is, Should we be doing this? Is this really an appropriate form of treatment for what is at heart a psychological condition?

Yes. And it raises questions over the purpose of medicine itself. The goal of medicine to fix an unhealthy body. So how much does sex reassignment put medicine into a tricky position of trying to “fix” a healthy body?

Exactly. There is nothing wrong with the body. Again, unless we are talking about an intersex condition where there is some ambiguity and some need to resolve that ambiguity, which sometimes there isn’t. But if the body is straightforward and intact, then it really is going in the opposite direction to the Hippocratic principle of “Do no harm.” You are now perhaps mutilating a perfectly healthy body to try and address a psychological problem.

Now, some would say that’s the best option open. That is the only option open or, unless we go this path, this person may take their own life. So, perhaps we should pause on that point for a moment. This is one of the things that is driving the transgender revolution: what many call the “suicide narrative” that, unless we affirm and enable, we are going to drive people into suicide. That is a heavy threat to hang over anyone’s head, isn’t it? It is enough to make most people step out of the way.

The reality is the instance of suicide or attempted suicide post-transition is as high as it is pre-transition. So, there is no guarantee at all that allowing or encouraging somebody to try and transition is going to preserve their life in the longer term. And this is one of the reasons why Johns Hopkins University has ceased to do sex reassignment surgery. They just saw the outcomes didn’t justify the surgeries.

“There is no guarantee at all that transgender surgery is going to preserve life in the longer term.”

So, again, there is a lot of misinformation and other things that people have to wade through to get a clearer view. But obviously we want to know the best way to help people and, again, we ought to be filled with compassion for the genuine sufferer, the person with gender dysphoria who finds it almost intolerable to step out the front door and to look at a mirror.

And that does beg a question for Christians: How do we help them? But I don’t believe that encouraging or enabling them to try and become something that in the end they can’t actually become is the way to do it. If there is depression, if there is anxiety, if there is a range of other things, let’s try and deal with those first. Let’s try and provide the help that is necessary for this person to function. But, again, it is not simple, and it would be lovely to have some silver bullets and easy answers and quick fixes. It is just not like that.

No, it certainly is not. Thank you Rob.