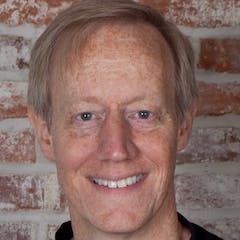 Happy Fourth of July to everyone in the States. There’s no vacation for the Ask Pastor John podcast. No way. But we do have our own fireworks because today we’re in the middle of a conversation about universalism, the distorted theology that says all people will be saved in the end. The very long and vast history of this heresy is now told in a massive two-volume, 1,400-page work titled The Devil’s Redemption: A New History and Interpretation of Christian Universalism.

The author of that book is our guest again: Michael J. McClymond, who joins us from St. Louis. Michael, on Monday we were talking about universalism and how the threat remains relevant today. You mentioned that the doctrine of God is at stake in universalism. After writing the book, you say this was a surprise takeaway. You were surprised about how many other doctrines universalism distorts. So pick up here with that thought. What are some ways theology is skewed in Christian universalism?

Well, I will start with the doctrine of God. To my surprise, I found that from ancient times onward — beginning with the gnostics of the second and third century, then Jewish and Christian Kabbalah, and then some of the so-called esoteric views in modern esoteric theories — I found that there was a concept of God insisting that he is not independent of the world. God is dependent upon the world. Or God created the world in order to evolve in and through the world.

“The world minus God equals nothing. If you took God away, the world would cease. But God minus the world equals God.”

This is a view that sometimes may sound like process theology to some. Some use the term panentheism, but actually it’s an ancient view that goes all the way back to the early centuries of the church.

This is a view that is unworthy of God. It is inconsistent with the fundamental biblical and creedal principle of creation from nothing. Creation from nothing implies that everything that exists other than God is radically dependent upon God’s will. To use a mathematical equation, you could say the world minus God equals nothing. If you took God away, the world would cease. God minus the world equals God.

God is not diminished by the disappearance of the world, but there’s some modern theologians that disagree with that. They think that if the world were taken away, God would be deficient and lacking.

We need to recover a sense of the freedom and lordship of God. I think this has some deep connections culturally with the rejection of authority. Some modern theologians even speak of human beings as co-creators of the world with God. If you look in all of Scripture, the Hebrew Bible and the New Testament, the word creation never has any grammatical subject to it other than God.

God alone creates. It’s a prerogative of God. It’s a great mistake, exegetically speaking, to begin to think and speak of ourselves as creators alongside of God.

Amen — “God is perfect bliss in himself in the absence of creatures” (John Webster).

You know, I love to ask my kids the question “Why did God make everything that he made?” Because it’s the kind of question that really diagnoses a lot of things, and leads to some really great conversations with them. So I’ll pose the same question to you, because you take up this question in the book. It’s a hard question to get right, but how do you answer it?

It is a difficult question to grapple with because there seems to be a paradox. This is sometimes called the “full-bucket paradox.” If God’s bucket of glory was absolutely full, then God could not add anything to his own glory by creating the world, and so it would seem that there’s no purpose in creation.

One way to think of that visually is to imagine a bucket full of water, and you put a hose in it and turn the hose on, and suddenly the bucket overflows. So one way to understand this is to see the world as an overflow of the goodness — not a result of deficiency within God, as if God was lonely or God was lacking. No, God was so full of goodness that his goodness overflowed.

You get this sense in some of the classic theologians like Augustine, who says, “Because God is good, therefore you exist.” This is very much Edwards’s theology. He even uses the image of a fountain overflowing. Obviously, that could be misinterpreted. He doesn’t have an impersonal idea of God. God is a personal Creator, but he’s struggling for language to express the inexpressible. We are very much at the limits of what we can say or imagine when we begin talking about God’s reason for creating.

Well, the great irony is that the effort to extend grace to all persons ends up undermining grace to any persons. It’s counterintuitive and requires some explanation. People can read the book for the fuller explanation.

“The effort to extend grace to all persons ends up undermining grace to any persons.”

You’d think, “Well, if one thousand people receive salvation, but in the other scenario five thousand people are being saved, than that is five times better.” You’d think, “Well, why wouldn’t we just extend that in our mind indefinitely to everyone?” But when you look at the reason, the rationale, given by the different universalist thinkers for salvation, you end up, in just about every case, undermining the principle of grace.

Many universalists, therefore, have often held to some sort of purgatory. They believe in postmortem suffering because, they reason, “We can’t believe that everyone is ready to be with God in heaven.” That’s the dilemma that the universalists can’t resolve. Either you hold to ultra-universalism, which empties our moral choices of meaning, or else you suffer to make expiation or atonement for your own sins. In that case, you undermine grace. There isn’t a good answer in terms of universalism.

This distortion of grace is significant. Your book has guts. By that I mean you refuse to avoid the reality of God’s wrath. In your book, I counted nearly eight hundred explicit mentions of God’s wrath, judgment, and vengeance. It’s all over. I read a lot of books, and this emphasis is atypical. So how much of universalism, thriving in Western Christianity, is the result of God’s wrath simply disappearing from contemporary Christian music and from the sermons and books of influential preachers and authors and theologians?

Well, I think that’s a very good point, Tony. Looking at the American evangelical context from the 1980s, James Davison Hunter talked about what he called an “ethics of civility,” to the younger generation. These were people who were in their twenties back then, and they’d be in their fifties and sixties now. They’d be in leadership positions.

“Love is the actuating motive of the Father sending the Son.”

If the minister got into the pulpit and expounded Matthew 25, the sheep and the goats, and literally applied it, think of what would happen. What if he said, “Some of you are sheep; some of you are goats.” Imagine the reaction in our churches. You can imagine how much more offensive it is to those outside of the church.

I think we have to recover the willingness to speak of both sides of what Jesus taught about. There are not only benefits from being a Christian. There are consequences that follow from hearing about Christ and then deliberately rejecting the gospel. We have to be willing to speak of that.

At the same time, we must keep the emphasis on love. Scripture does not say, “For God so hated sin that he gave his Son,” but, “For God so loved the world.” Love is the actuating motive of the Father sending the Son. How does God show his love? It says, “He so loved the world that he gave his Son.” The Son, Jesus, is himself the living expression, the embodiment, of the Father’s love for us.