Christian Hedonism changes the way you approach your own death, and that’s a big issue. If you want to make Christ look great in your dying, you don’t have to worry about some big performance, some big achievement, some big heroic sacrifice. There’s a simple, childlike, laying yourself into the arms of the one who makes all your losses gain.

“There’s a simple, childlike, laying yourself into the arms of the one who makes all your losses gain.”

That’s the battle. There will be a battle. Will you lay yourself into the arms of the one who, with his almighty power, infinite wisdom, immeasurable love, assures you by his word, “This is going to be gain”? And you rest and are satisfied in his word.

I told my wife this morning, “I’m going to announce to these people what’s going to go on my gravestone, if I die before I get home,” and that’s a little open window to leave me a chance to change my mind later, but you now have it. I’m going to tell you what will be on John Piper’s gravestone if I have a brain aneurysm and fall over here in five minutes, which could happen because I’m on a blood thinner, and you know they don’t work all the time. And I’ve been sitting on a plane and it could happen so quickly. That would just be a really easy way to go — just awesome. And while preaching? What more could you ask?

My wife is here, and I’m saying to her and to you, here’s what’s going on my gravestone if I die in the next 18 hours or so: 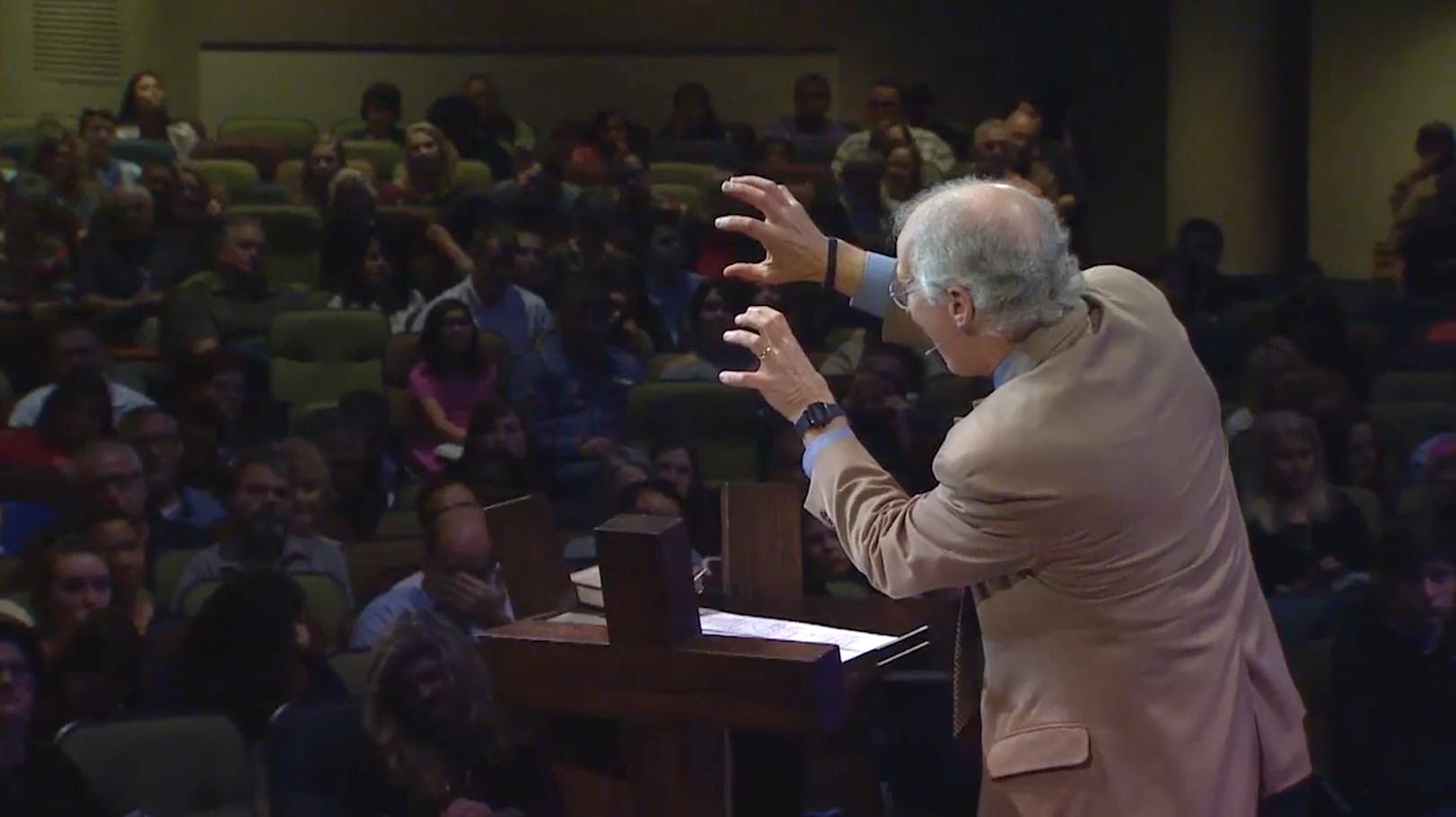 An Invitation to Christian Hedonism